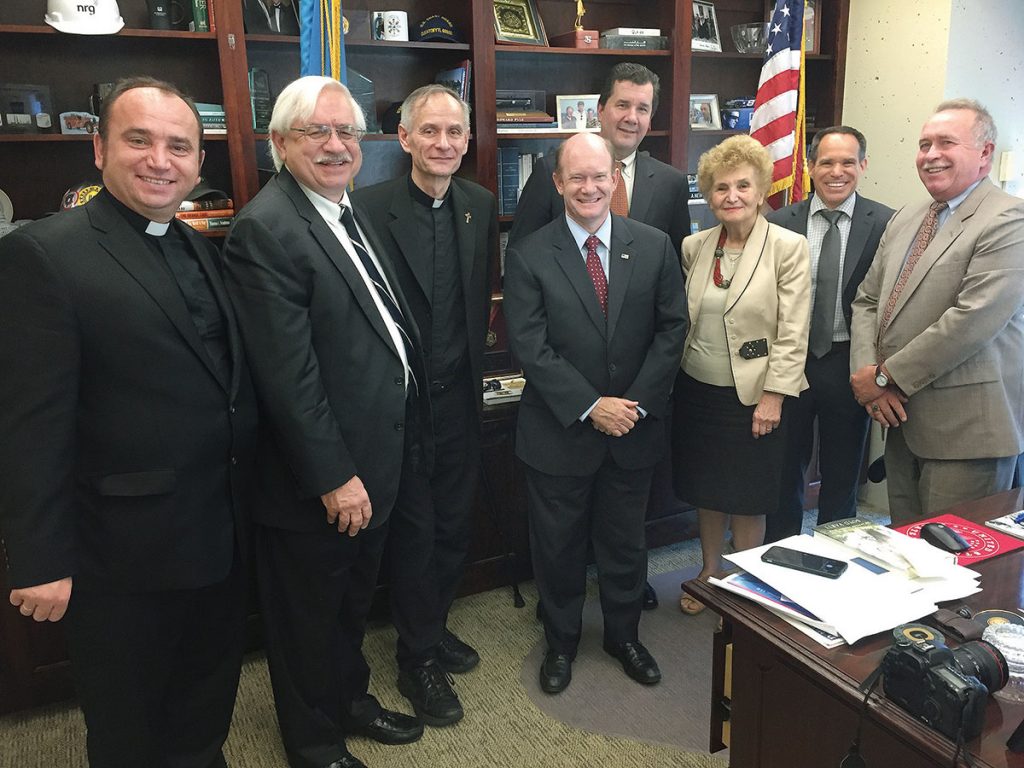 WASHINGTON – Representatives of Delaware’s Ukrainian American community organizations met with Sen. Chris Coons (D-Del.) on Tuesday, October 19. The senator, a member of the Senate Foreign Relations and Appropriations committees, traveled to Ukraine on a congressional delegation in August and requested to meet with community leaders to discuss his findings.

The delegation expressed complete support for the reform efforts undertaken by the Ukrainian government and welcomed steps that have been taken by the government to eliminate corruption, including revamping the police force and establishing the National Anti-Corruption Bureau of Ukraine.

While systematic reform is difficult in a country enveloped with endemic corruption, the overriding issue remains the invasion of eastern Ukraine and the illegal annexation of the Crimea peninsula by the Russian Federation, according to the delegation’s findings.

Ukrainian community representatives thanked Sen. Coons for the opportunity to meet and initiate a discussion about a U.S. course of action for Ukraine. Issues of religious plurality in Ukraine, as well as the suppression of religious freedoms in Russian-occupied territories of Ukraine were discussed.

UNIS Director Sawkiw advocated the need for increased economic and military assistance to Ukraine, as well as expansion of programs with Ukraine’s vibrant civic society. Mr. Sawkiw requested the senator’s support for a Senate version of the STAND for Ukraine Act, which was recently passed by unanimous consent in the House of Representatives. In addition, the UNIS director mentioned the need for a Welles Declaration for Crimea. The Welles Declaration was a U.S. policy of non-recognition of the forced incorporation of the three Baltic states into the Soviet Union. A similar declaration for Crimea would solidify U.S. policy to uphold the same standards until Crimea is rightfully returned to Ukraine.

The Rev. Klanitchka presented the senator and his staff with pysanky on behalf of the community representatives .