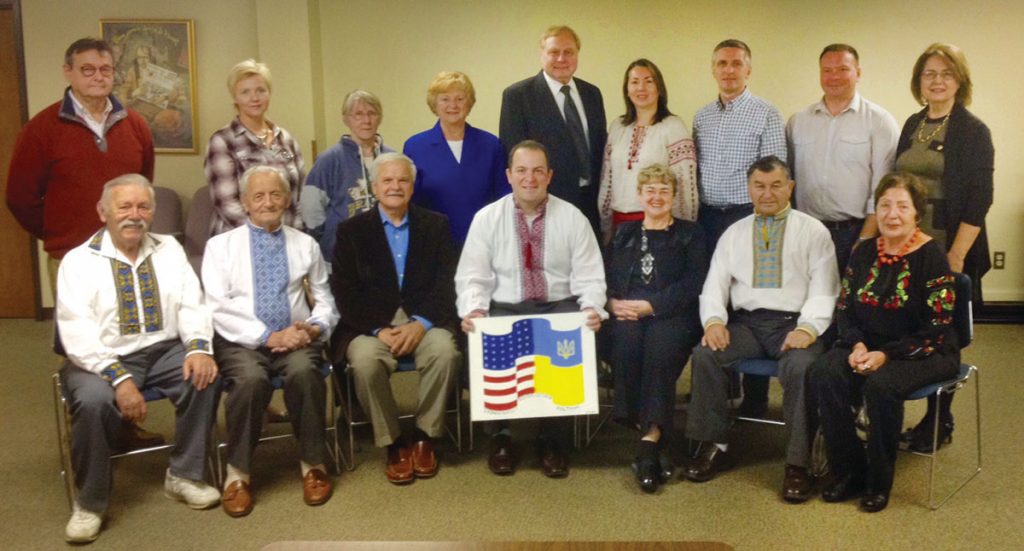 The get-together was co-hosted by the Rochester Ukrainian Group Inc., the Ukrainian Federal Credit Union and the Irondequoit-Poltava Sister City Committee.

The group took pictures and then Supervisor Seeley visited the Taras Shevchenko Ukrainian Saturday School next door. There he met Zhanna Polyanska-Wirlo, the principal, who introduced him to the teachers and students in their respective classes.

Mr. Seeley was appointed to the position of Irondequoit Town Supervisor on April 18 and elected to the position on November 8. He is committed to continuing the good relationship with the Ukrainian community previously established by past Republican and Democratic town administrations.

On September 18, Supervisor Seeley participated in the 25th anniversary celebration of Ukraine’s independence held beside the Ukrainian Centennial Monument on the grounds of Irondequoit Town Hall.

Community leaders said they are impressed with Supervisor Seeley’s accessibility, openness and friendliness – an auspicious beginning.

Christine Hoshowsky, Ph.D. is president of the Rochester Ukrainian Group.