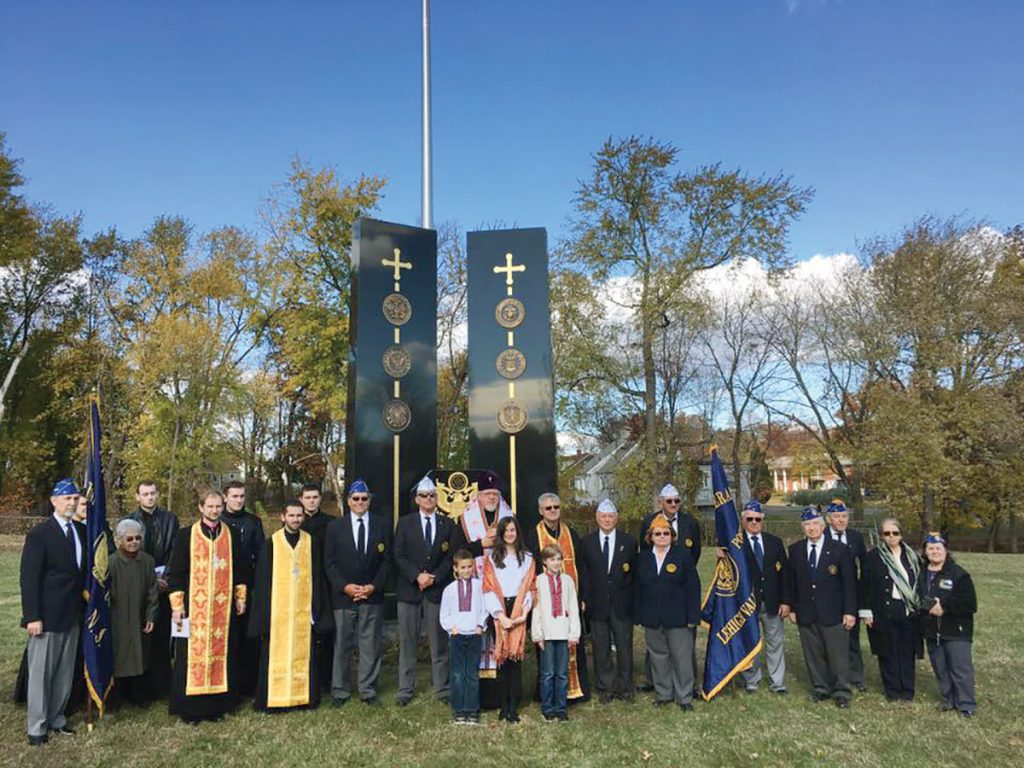 Metropolitan Antony explained that Veterans Day was first celebrated on the 11th hour of the 11th day of the 11th month in recognition of Armistice Day, November 11, 1918, marking the end of World War I. Later, during President Dwight D. Eisenhower’s administration in 1954, the holiday was changed to Veterans Day in tribute to all veterans who have served during war and peace.

The metropolitan had explained the unique placement of the UAV National Monument a year earlier, during its dedication on October 3, 2015, noting that, unlike all other monuments at St. Andrew Cemetery that commemorated the deceased, this monument honors all Ukrainian American men and women who have served in the U. S. Armed Forces, both living and deceased.

The Veterans Day ceremony is an annual event that is open to those who want to remember and honor all veterans. Membership in the UAV (see www.uavets.org for application) is open to all veterans of the U.S. Armed Forces of Ukrainian heritage, through blood or marriage, including those still serving on active duty (dues are waived for those on active duty and 100 percent U.S. military disabled), either through posts or as members at large.

To register any U.S. Armed Forces veteran of Ukrainian descent, members and non-members alike, readers may contact: UAV National Registry, P.O. Box 172, Holmdel, NJ 07733-0172; telephone, 732-888-0494; e-mail, uav.registration@verizon.net. The Registration Project’s Volume I dedicated to World War II veterans was published in 2004; Volume II dedicated to Korean and Vietnam veterans is in the process of being published; and Volume III is being compiled. There is no fee to register and readers are invited to register their loved ones.