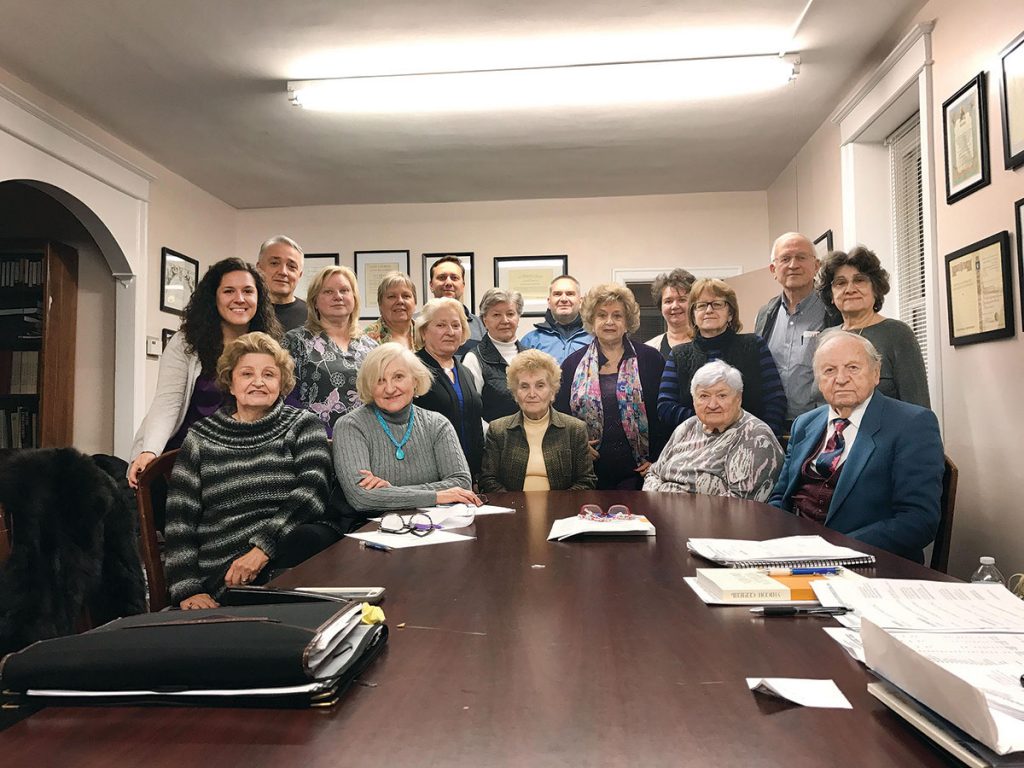 PHILADELPHIA – The 23rd general meeting of the United Ukrainian American Relief Committee (UUARC) took place on November 5 at the organization’s office in Philadelphia.

UUARC President Dr. Larissa Kyj delivered an extensive PowerPoint report, documenting the various UUARC programs that were supported by the Ukrainian American community over the last three years. She highlighted the following permanent UUARC programs: children’s programs that include the visit of St. Nicholas and Christmas trips for children from the “gray zone” in Ukraine to the Carpathian Mountains; an Easter Basket program; summer camps; and the program “Going from Childhood to Taras,” which has been in existence for years thanks to the financial support of the Hulai Lion Foundation; the new “Family-to-Family” program established in 2015 for children whose parents were killed or wounded in the war in eastern Ukraine; programs for the elderly that include soup kitchens in Lviv, Mykolayiv, Ponornytsia and Nova Odesa; and the “Adopt-a-Grandparent” program, through which individual sponsors aid isolated and destitute elderly persons.

The president’s report included the aid that was provided during and after the Revolution of Dignity, as well as assistance to the armed forces of Ukraine. During the Maidan uprisings, the UUARC purchased or transferred a total of $375,000 in humanitarian aid. Later, $1,000 was provided by the Ukrainian American community to each family of the heroes of the Heavenly Brigade who were killed during the Maidan protests.

Reports were also delivered by Secretary Ulana Prociuk and Treasurer Vasyl Litkevich, and by Luba Siletsky, head of the UUARC Assistance Committee.

Ms. Siletsky noted the significant increase in the number of requests for financial aid that UUARC receives. The Assistance Committee received 793 requests for assistance over the last three years; 670 of these were approved for a total of $201,000 in humanitarian aid. Ms. Siletsky said this is the first time in her 16 years of participation on the Assistance Committee that the committee exceeded its budget. The reason for this lies not with the committee, but with the situation in Ukraine.

Additional reporting was provided by the Information Bureau’s Metodij Boretsky, archivist Marta Jarymowych and Borys Pawluk of the Finance Committee. Nila Pawluk reported on the very successful “Adopt a Wounded Ukrainian Soldier” program, and a report by Oksana Bachynska Tarasiuk was read about the bureau that assists the elderly and new immigrants, which was formed recently to help answer questions and resolve matters involving pensions, medical insurance, etc. People may call the home office or walk in for advice from the bureau. It was noted that this new program is not being fully utilized by the Ukrainian community.

The Nominations Committee report was read by Dr. Nestor Zarichny, who listed the proposed candidates who were then elected to the UUARC’s Executive Board and Board of Directors.

The meeting unanimously approved proposals to add Christine Kulchyckyj and Ihor Smolij to the list of UUARC honorary members for their long and conscientious work and commitment to the UUARC. This list also includes Wolodymyra Kawka, Petro Kliuk, Dr. Natalia Pazuniak, Mykola Pryszlak and Wolodymyr Ryndycz.

Mr. Iwaskiw read the resolutions written by the Resolutions Committee. The resolutions noted that the UUARC’s humanitarian aid to Ukraine should be directed primarily to meet the needs of the troops on the frontlines of the war in Ukraine, their families, refugees from the war zone and children in Ukraine; and that the general meeting expresses its great commendation to Ukrainians in the U.S. and friends of Ukrainians for their generosity in supporting the UUARC’s relief activities, and urges them to continue actively supporting the UUARC’s wide-ranging charitable activities.

President Kyj expressed special thanks to Home Office Manager Motrja Bojko Watters, who helps to coordinate UUARC programs; to Ms. Mykijewycz for her professional management of the UUARC’s Facebook page and website; and to Mr. Iwaskiw and Ms. Hill for their translations and work on UUARC’s informational bulletin.

The general meeting was chaired by Mr. Pawluk, with Ms. Prociuk serving as secretary.

The meeting ended with a buffet luncheon.