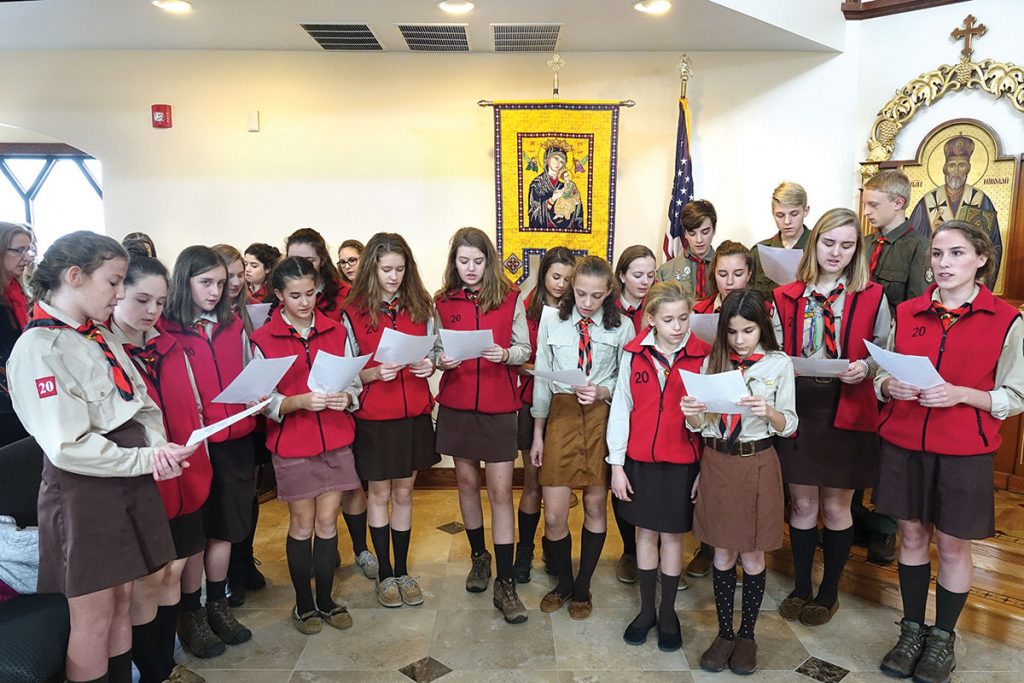 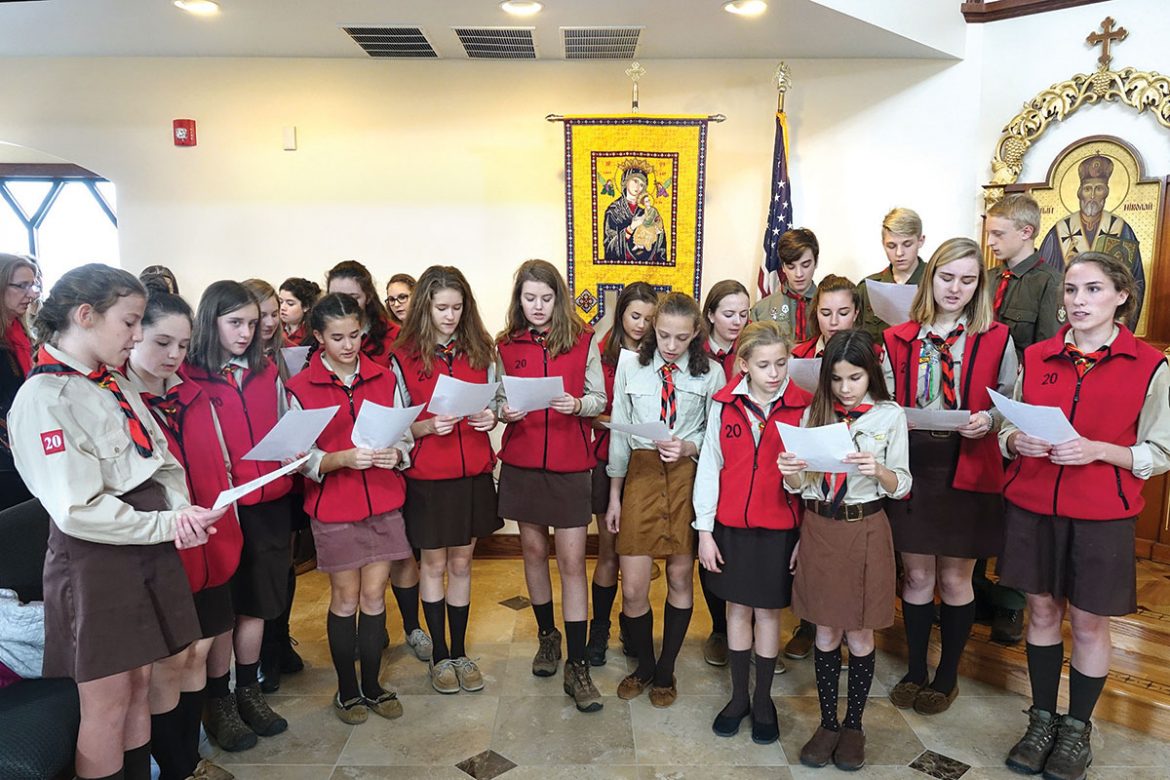 WHIPPANY, N.J. – The Bethlehem Peace Light was shared during a ceremony at St. John the Baptist Ukrainian Catholic Church in Whippany, N.J., on Saturday, December 3.

In attendance were members of Plast Ukrainian Scouting Organization, including senior members who organized the ceremony, as well as Polish, Latvian and Lithuanian scouts, members of the Ukrainian American Youth Association, parishioners and school children.

The light had arrived in the United States one week earlier, landing at John F. Kennedy International Airport in New York, where a special ceremony was held at Our Lady of the Skies Chapel. The light came from Vienna, brought there by Austrian scouts who light a lantern from the everlasting flame that burns in Bethlehem. Scouts worldwide, including Plast members in Ukraine, participate in distributing the light and sharing its message of hope, peace and love with others. 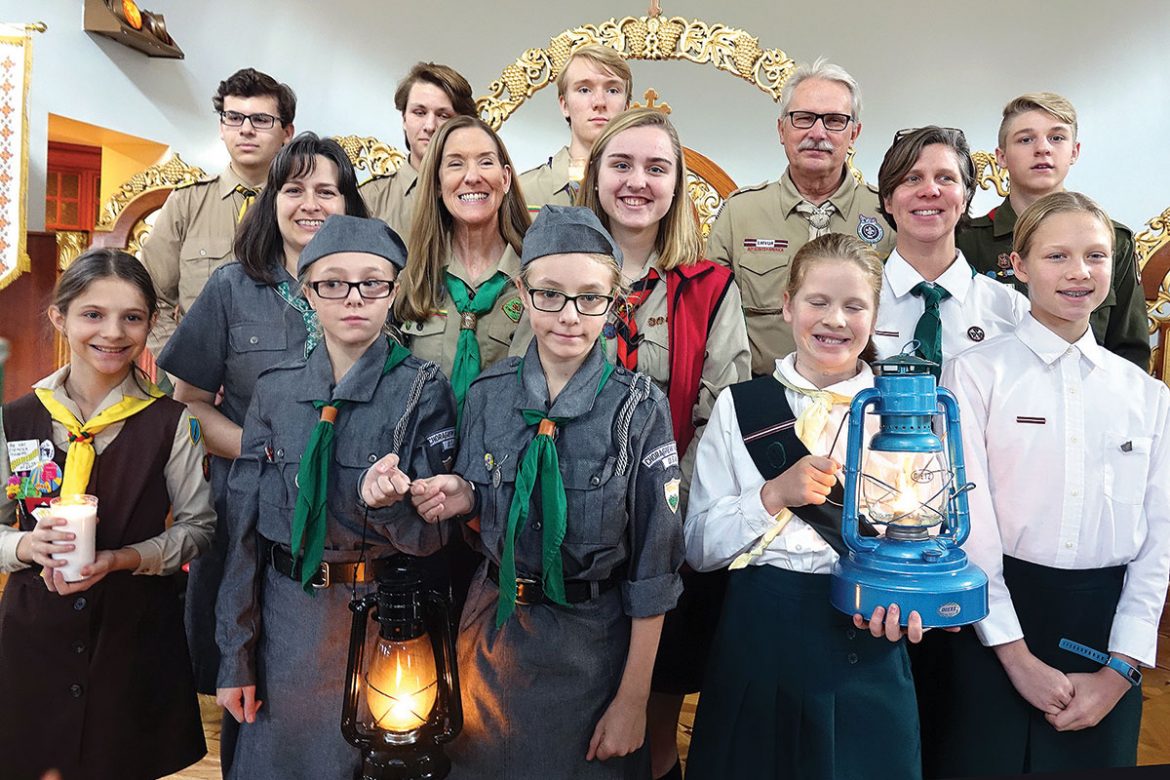 Here in the United States, among those charged with distributing the Bethlehem Peace Light is the Plast scout sorority “Ti, Schcho Hrebli Rvut,” which does so under the auspices of the National Board of Directors of Plast U.S.A. Thus, members of the sorority brought the flame from JFK Airport to Whippany. 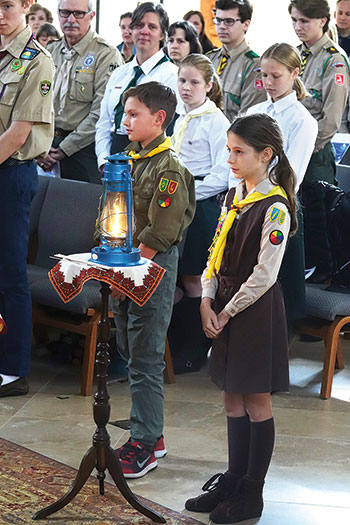 The ceremonies at St. John’s Church, organized by the Bystrytsia group of “Ti, Schcho Hrebli Rvut,” were led by Larissa Wowk, and a talk geared toward the children in attendance was given by Lada Bidiak. Plast scouts, directed by Kalyna Boychuk, sang the beautiful Bethlehem Peace Light song written by a Plast member in Ukraine. Sorority member Marta Borowyk was responsible for coordinating distribution of the Bethlehem Peace Light to Plast branches throughout the country.

The Rev. Stepan Bilyk, pastor, addressed the gathering, as did the chair/chief corporate officer of Plast U.S.A., George Huk.

All present at the ceremony had the opportunity to light their lanterns and candles from the Bethlehem Peace Light. 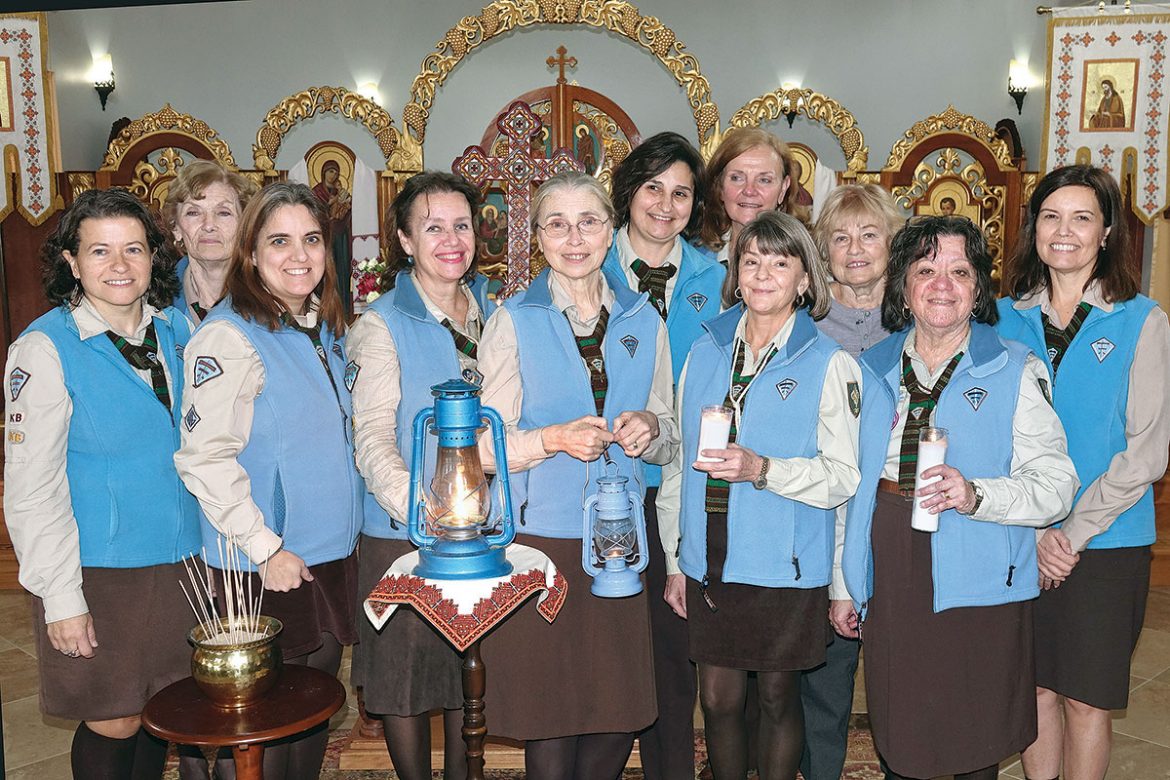