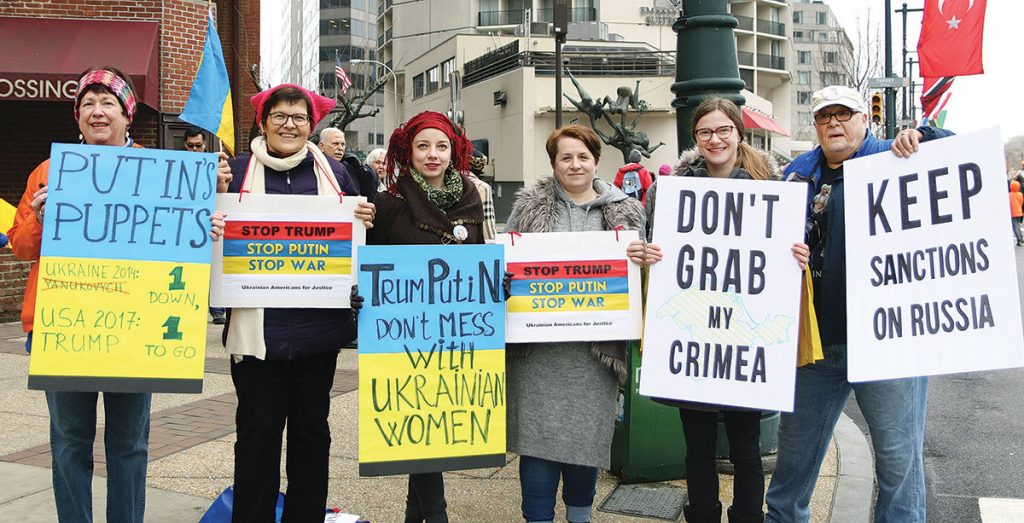 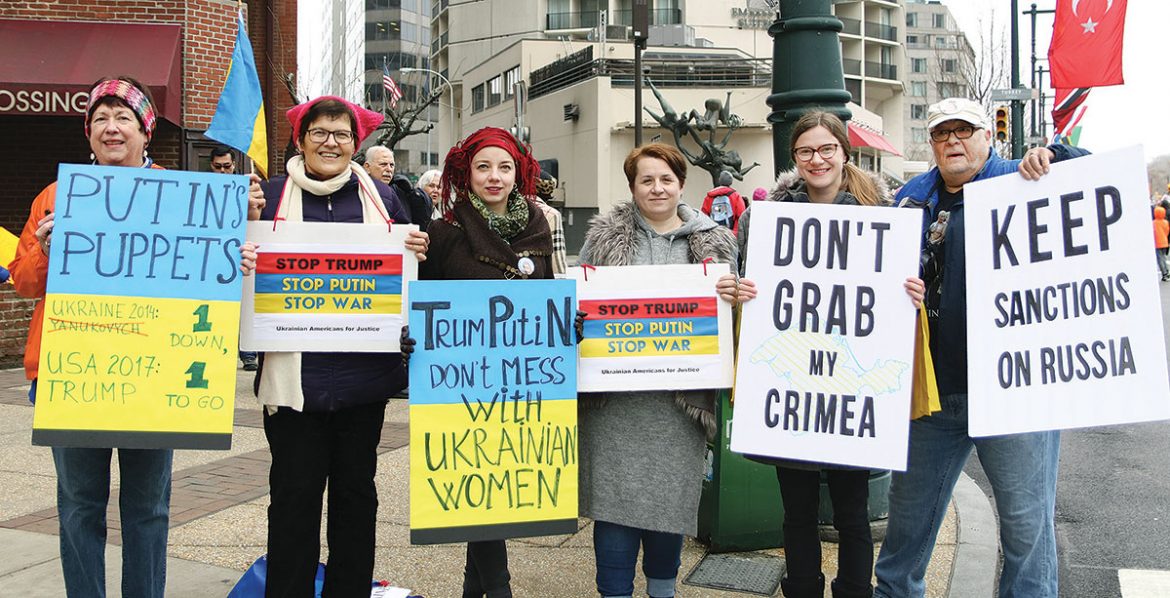 PHILADELPHIA – A Ukrainian contingent at the January 21 Women’s March on Philadelphia gave voice to the concerns of Ukrainians and Ukrainian Americans following the presidential inauguration, in particular the relationship with Russia. The event was one of 600-plus protests around the world affiliated with the Women’s March on Washington, which drew a record half-million participants. From left are: Jeanne Schmolze, Mary Kalyna, Olena Mishchuk, Irina Bronshteyn, Yulia Kurka and Roman Cybriwsky.