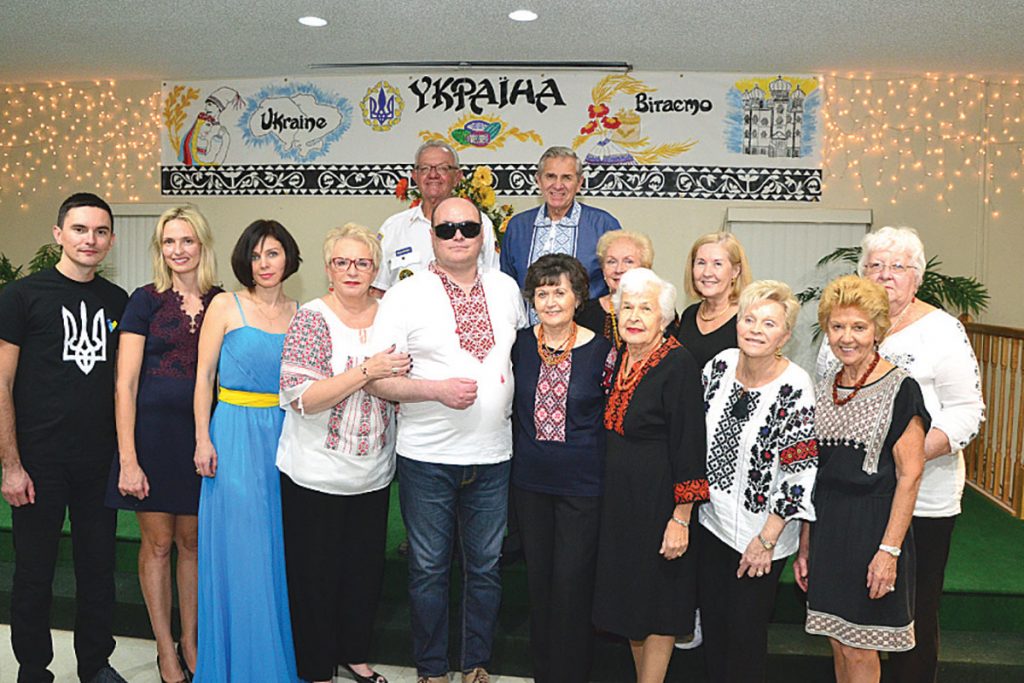 NORTH PORT, Fla. – On January 28, the Ukrainian American community of North Port, Fla., enjoyed a benefit concert by Anychka of Lviv. All the proceeds from the concert were donated to Revived Soldiers Ukraine (RSU), a non-profit organization dedicated to providing financial aid for the rehabilitation of Ukrainian soldiers.

RSU is headed by Iryna Vashchuk Discipio, who arrived with Anychka and Col. Vitalij Halitsyn, who lost his sight when he was severely wounded by an explosion in eastern Ukraine.

Anychka’s concert was sold out, and there was standing room only. She began with “Plyve Kacha,” followed by her native Lemko songs, as well as other folk songs and current songs of Ukraine. The audience was captivated by her beautiful performance and gave her a standing ovation.

Ms. Discipio spoke briefly about the work of Revived Soldiers Ukraine and introduced Col. Halitsyn, who is undergoing rehab in the United States.

Many of the attendees made generous donations for this worthy cause. St. Andrew’s Ukrainian Religious and Cultural Center, where the concert took place, donated $1,000. The total amount donated to Revived Soldiers Ukraine was $8,000. The great success of the benefit concert was due to the hard work of the United Ukrainian Organizations of Southwest Florida.