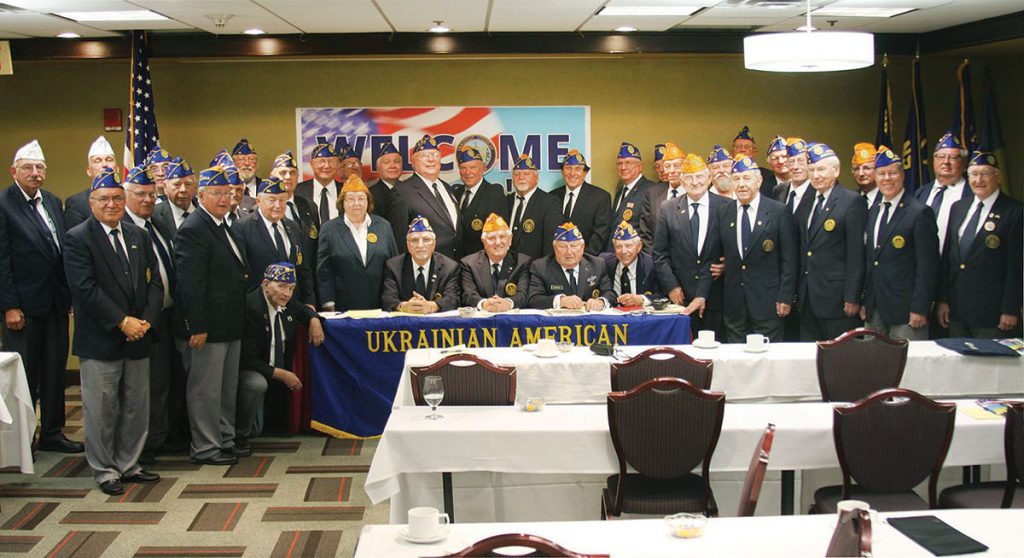 Adam Yurkiw
Over 50 delegates gather around the newly elected national commander of the Ukrainian American Veterans.

CHICAGO – Ukrainian American Veterans Post 32 from Chicago hosted the 69th annual national UAV convention in mid-October. The two-day event included delegates’ meetings, bus tours for spouses, election of the 2016-2018 National Executive Board and a banquet with dinner and entertainment.

The convention meetings were conducted by National Commander Ihor Hron. The meetings included individual reports of activities by post commanders. National Executive Board (NEB) members gave updates on the status and fiscal health of the organization. Discussions were held on internal matters and unique issues or successful programs found at each post. Over 50 delegates from 20 posts attended.

The convention concluded with a banquet marked by military symbolism, best wishes from guests and a wonderful evening of entertainment and dancing.

Bohdan Dudycz is PR/publications officer of the Ukrainian American Veterans.