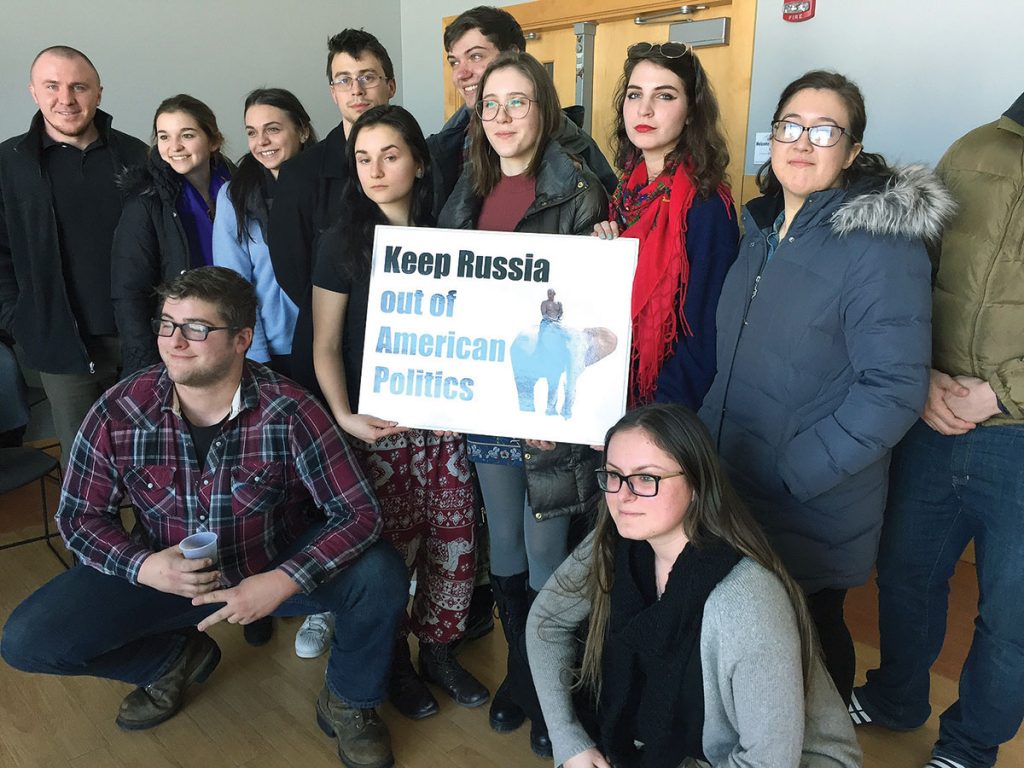 STORRS, Conn. – On Saturday, February 18, the Ukrainian Students Association at the University of Connecticut hosted a strategy discussion to review the Trump administration’s policies toward Ukraine and to develop effective strategies in support of Ukraine in its continuing struggle for democracy and independence.

The regional meeting drew students and community activists from Connecticut, Massachusetts and Rhode Island. During the four-hour conference, the participants developed ideas and recommendations for the upcoming Ukraine Days advocacy program being organized by the Ukrainian National Information Service in Washington. They also shared deep concerns about a variety of political issues affecting the United States and Ukraine.

Among the key topics discussed were: the need to counter Russian aggression and to maintain sanctions against Russia; the need for expanded economic and humanitarian aid to Ukraine; the impact of President Donald Trump’s policies on immigrants and minority groups; defense of academic freedom and freedom of the press; and the need to combat Russian President Vladimir Putin’s global disinformation campaign.

Future activities for discussion may include public debates, academic conferences and lobbying efforts in concert with other Ukrainian American, East European and national human rights groups.

Romanna Romaniv is president of the Ukrainian Students Association at the University of Connecticut.