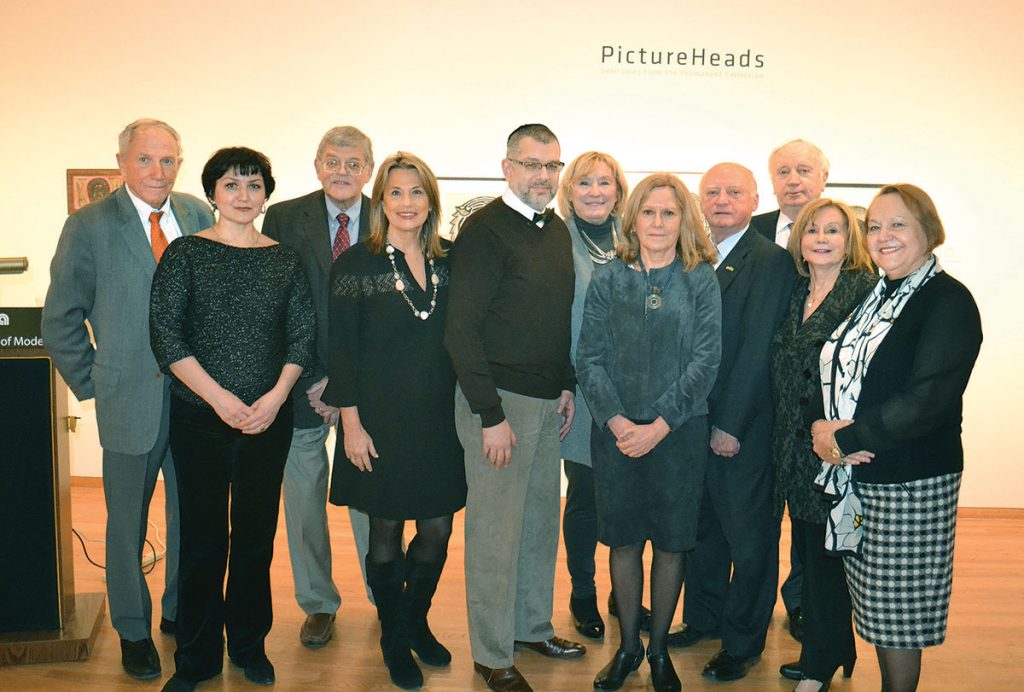 CHICAGO – Yohanan Petrovsky-Shtern galvanized the audience at the Ukrainian Institute of Modern Art in Chicago on February 12 with an engaging presentation on “Jews and Ukrainians, a Millennium of Co-Existence,” a book he recently co-authored with Paul Robert Magocsi, which is distributed by the University of Toronto Press.

This valuable book challenges both Jews and ethnic Ukrainians to learn more about each other and also about themselves, and to discover the facts, the reasons and the negative and the positive aspects of their co-existence in Ukraine. Despite all the resentment, the hate and violence against each other through the centuries, provoked and inspired by occupying powers that followed the “divide and conquer” policy, the two peoples have a shared narrative of commonalities that contradict the stereotypes perpetuated by ignorance and also by intent.

Nowhere has this commonality been more evident than during the Maidan Revolution of Dignity and the war in the Donbas that followed, where Jews joined Ukrainians in a common struggle for independence, self-determination and the defense of their country.

Prof. Petrovsky-Shtern fascinated his audience with his knowledge and eloquence, his wit and the power of his personality, and the audience responded with an interactive session of questions and answers. This is a highly recommended book, and the event was a riveting presentation, a treat for the mind for all who want their spirit lifted, their courage restored, and their faith in the human condition validated.

The event was co-sponsored by the Ukrainian Institute of Modern Art, Kyiv-Mohyla Foundation of America, and Chicago Business and Professional Group. The presentation was part of the Distinguished Speakers Series at UIMA.

Dr. Petrovsky-Shtern was born in Kyiv, the son of a distinguished Jewish family who come from generations of Kyiv residents. As a child, he studied art and music, and he sang in the Kyiv children’s choir Shchedryk. He immigrated to the United States and proceeded with his studies. He has traveled to Ukraine extensively to visit family and on lectures and research.

He has been a visiting professor at universities in Toronto, Paris, Kyiv, Lviv, Warsaw, Krakow, Munich and Jerusalem. Prof. Petrovsky-Shtern has been appointed a Fulbright specialist on Eastern Europe, a fellow at the Harvard Ukrainian Research Institute, a visiting professor at the Ukrainian Free University in Munich and an honorary doctor of the National University of Kyiv Mohyla Academy in Kyiv. He has been a frequent commentator on Ukraine in the American media, both on radio and television.