Demonstrators in Washington recall life and work of Boris Nemtsov 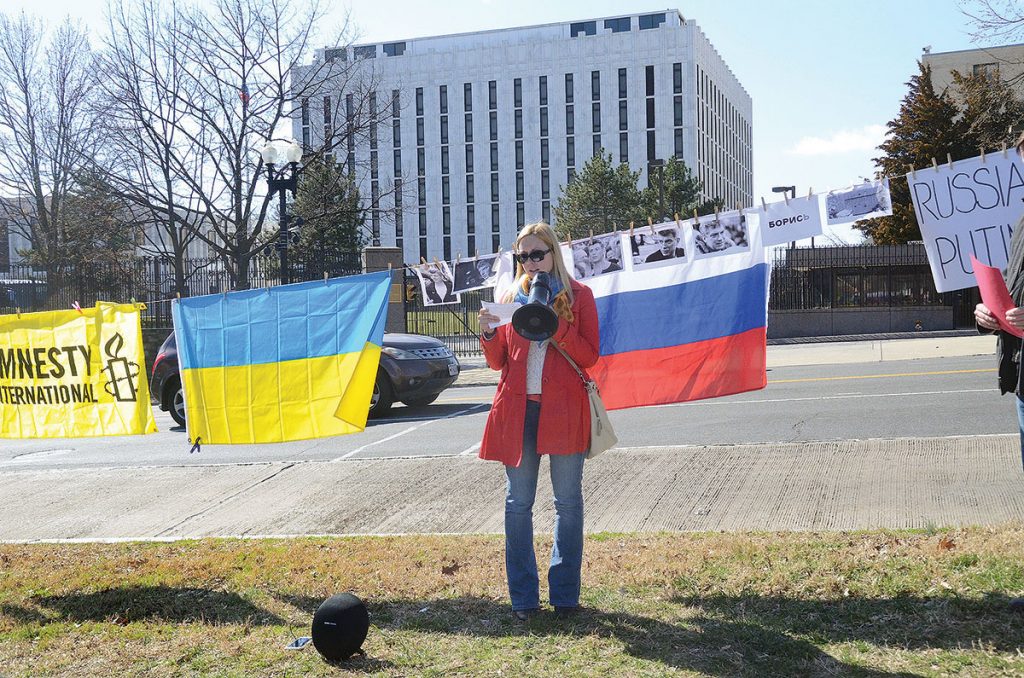 WASHINGTON – On Sunday, February 26, United Help Ukraine Vice-President Oksana Osipova joined with U.S.-Ukraine Foundation President Nadia McConnell and representatives of Russian, Belarusian, Baltic and American organizations and addressed the group of people that gathered across the street from the Russian Embassy in Washington to commemorate the life and work of Boris Nemtsov, a Russian politician, statesman, outspoken critic of Russian President Vladimir Putin and his undemocratic and authoritarian regime, and an outspoken supporter of Ukraine.

Two years ago, on February 27, 2015, Nemtsov was assassinated in Moscow near the Kremlin. The Magnitsky Act Initiative and the Free Russia Foundation have outspokenly stated that the Putin regime is responsible for his murder. Nemtsov had compiled an extensive report detailing the takeover of Crimea by Russian troops and their participation with pro-Russian rebels in eastern Ukraine. He supported Ukraine’s sovereignty, visited the Maidan in Kyiv and addressed at a mass gathering in Moscow denouncing Russian aggression in Ukraine.

The commemorative gathering in Washington was sponsored by at the Magnitsky Act Initiative and the Free Russia Foundation, whose leaders addressed the event, along with the representatives of the Ukrainian and other groups. There were also statements read from U.S. Senators Marco Rubio and Ben Cardin.