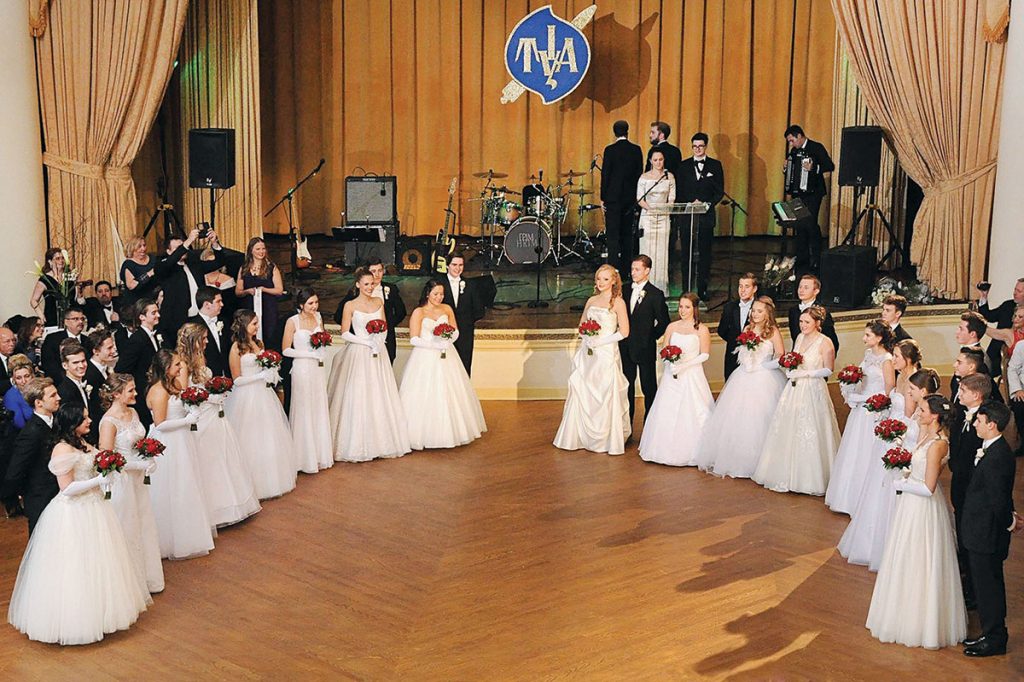 Wowk Photography
The presentation of debutantes and escorts at the 63rd annual Engineers’ Banquet and Ball.

PHILADELPHIA – The 63rd annual Engineers’ Banquet and Ball, with presentation of debutantes, sponsored by the Ukrainian Engineers’ Society of America, Philadelphia Chapter, took place on February 4 in the elegant Grand Ballroom of the Hyatt Hotel at the Bellevue in Philadelphia.

This gala event was, by all measures, a tremendous success.

There were nearly 550 guests at the banquet, and a total of over 850 attended the ball. The Bellevue Grand Ballroom was full to overflowing, and a second ballroom was opened to accommodate all the guests.

Archbishop Stefan Soroka, metropolitan of Ukrainian Catholics in the U.S.A., opened the gala with a prayer for Ukraine and his blessing.

The debutantes included one young lady from California and two from Toronto, and there were escorts from Illinois, Michigan, Ohio, Maryland and New York.

The debutantes and escorts were exceptionally well prepared by Halia Wirstiuk and Ania Bohachevsky Lonkevych to perform their presentation dances. Original choreography for the dances was prepared by them to the music of Richard Strauss.

Masters of ceremonies for the banquet and ball were Natalia Antoniak Pylyp and Rostyslav Bukachevsky.

An additional highlight of the evening was a special performance by the Voloshky Ukrainian Dance Ensemble of Philadelphia.

The outstanding success of this gala event was made possible by the preparation and hard work of the Ball Committee, chaired by Orysia Hewka.

Music was provided by the Hrim Orchestra from New York and Connecticut, and by Ihor Sypen and the Fourth Wave Orchestra of Philadelphia.

For weeks after the ball, social media were buzzing that Philadelphia is the place to debut. Next year’s Philadelphia Engineers’ Ball is scheduled for February 3, 2018, at the same venue – the Hyatt Hotel at the Bellevue.