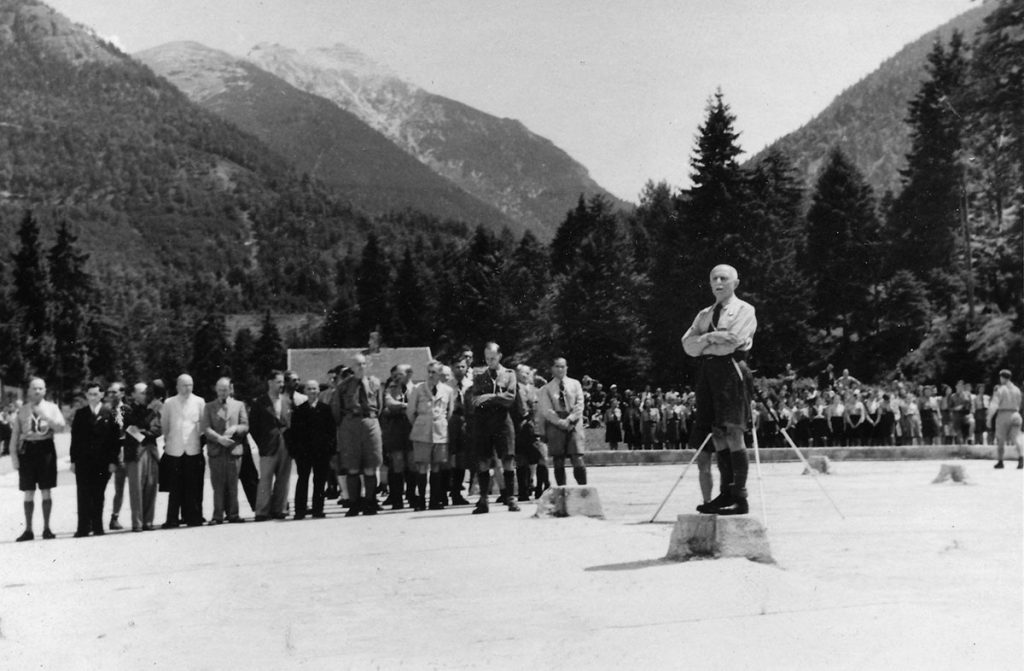 MUNICH, Germany – In 1947, after having survived two world wars, members of Plast Ukrainian Scouting Organization met in the Bavarian Alps to commemorate the organization’s 35th anniversary. They gathered in the town of Mittenwald, which translates as “in the middle of the forest.”

Although Bavaria was foreign to Ukrainian scouts, the natural surroundings of the forest were very familiar. Despite the uncertainty of their post-war situation, Plast members living in the neighboring displaced persons camps were intent on carrying on their scouting traditions. The 1947 event became the first of many future events known as “Sviato Vesny” (spring camporees) in the diaspora.

As Plast members emigrated after the war and settled in various countries on four different continents, they took with them the spirit of the Mittenwald “Sviato Vesny.” They created scout groups in their new communities, and set up summer camps and leadership training programs to preserve their shared scouting principles and way of life.

Mittenwald has become a legend among Plast members. In keeping with the spirit of the original event, every five years Plast has held scouting reunions in various parts of the world. Five years ago, scouts commemorated Plast’s 100th anniversary in Ukraine. This year scouts will be traveling to Mittenwald to commemorate the 70th anniversary of the historic “Sviato Vesny” gathering.

On August 12-19, Plast will hold its Jubilee International Plast Jamboree in Jugendsiedlung Hochland, Germany. This will encompass base camps for younger scouts, bicycle trips for older scouts and a camp for senior scouts. Each group will be near the Bavarian Alps and will participate in excursions into the surrounding mountains. Participants will be able to explore the local countryside and places significant to Ukrainian emigrant and Plast history. There will be hikes, bonfires, and skills competitions, as well as opportunities to socialize with Plast scouts from all over the world.

Plast members attending the jamboree will also be able to visit the “Mittenwald 1947” exhibit that will feature photos, artifacts, memorabilia and historical information about the first gathering of Ukrainian scouts in the diaspora. Highlights will include a side trip to Mittenwald, where the teen scouts will take part in a scavenger hunt through the town itself, the mountain Westliche Karwendelspitze and along the banks of the Isar River, which passes by the old military casern where displaced persons camps were once located.

In keeping with its “in the middle of the forest” theme, the jamboree will include an interactive ecological “Green Planet” exhibition in which young scouts from each country will present their ideas for environmental sustainability in the regions where they live.

All Plast members are invited to join in the celebration!
More information can be found at www.umpz2017.de or on the Facebook page UMPZ2017.