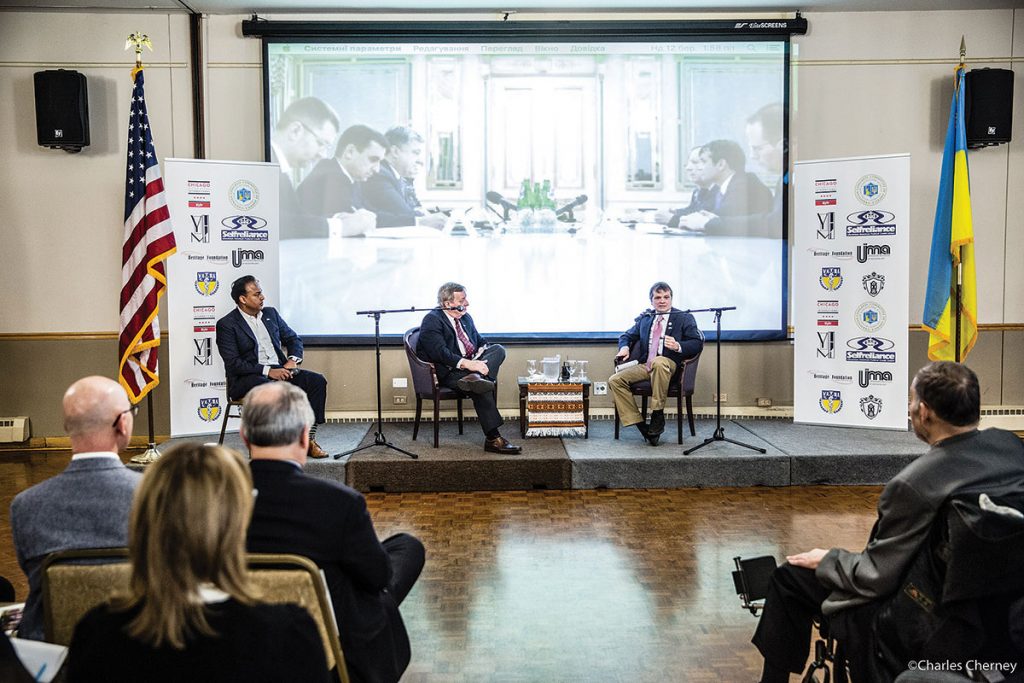 CHICAGO – Sen. Dick Durbin and Rep. Mike Quigley, both Democrats representing Illinois, met with Ukrainian Americans at the Ukrainian Cultural Center in Chicago. ABC Channel 7 television news anchor Ravi Baichwal moderated the meeting. The purpose of the meeting was to report on their recent trip to Ukraine and meeting with President Petro Poroshenko.

Rep. Quigley visited the Maidan during the Revolution of Dignity in 2014 and has continually expressed his support of Ukraine. He was instrumental in inviting President Poroshenko to speak at a joint session of the U.S. Congress.

The two U.S. legislators spoke of their continued efforts to provide Ukraine with lethal weapons and support for its military. One of the most positive developments, according to recent polls, is that most Ukrainians wish to continue down the path of Euro-integration.

Sen. Durbin stressed the importance of Ukrainian Americans all over the United States continuing to contact their representatives in Congress with requests for aid to Ukraine. He said we need to challenge the current administration’s soft approach on Mr. Putin and Russia.