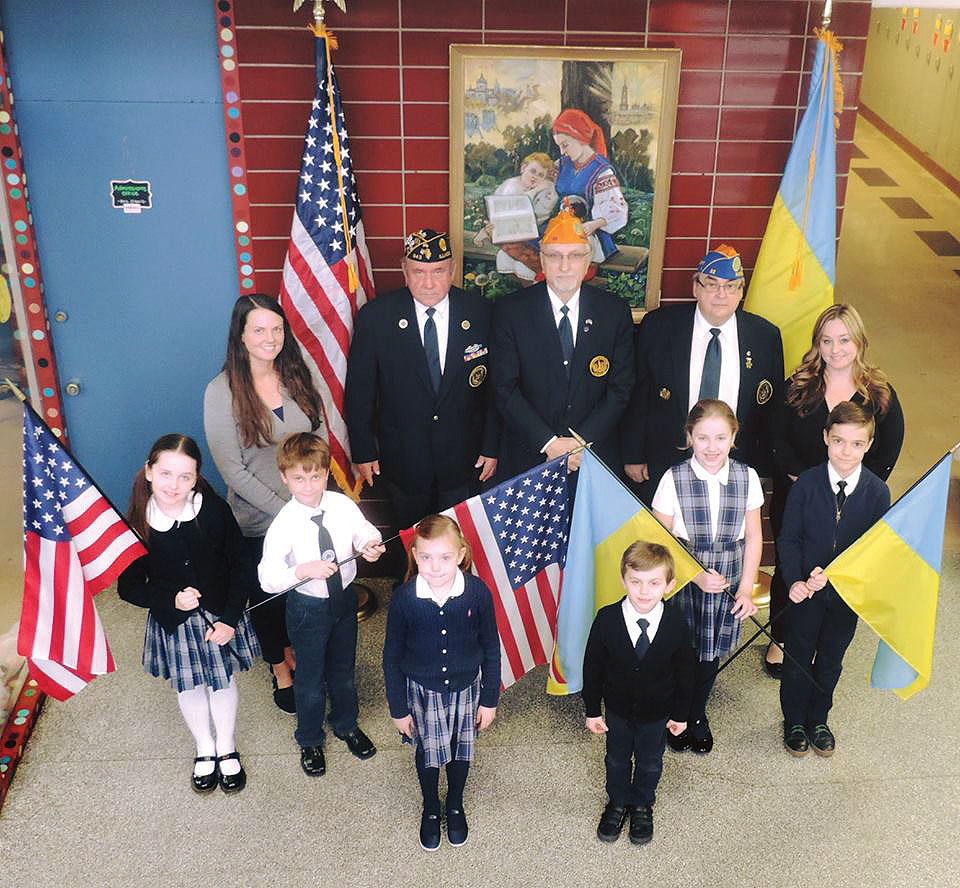 CHICAGO – St. Nicholas Cathedral School in Chicago has been a neighborhood landmark since its founding in 1936. Many Ukrainian American Veterans attended this school during their formative years, thus there is a special bond between the UAV and the school.

There is a strong history of veterans supporting the school with scholarships and student interaction.

On February 24, representatives of the UAV Post 32 in Chicago presented American and Ukrainian flags honoring that relationship. A set of two flags was presented to adorn 12 classrooms. It is planned to name each classroom to honor a departed Ukrainian American veteran.

Commenting on the dedication, Mr. Bencak said, “It is a wonderful experience for a veteran to meet with children to instill patriotism for our American flag and respect for our Ukrainian heritage.”