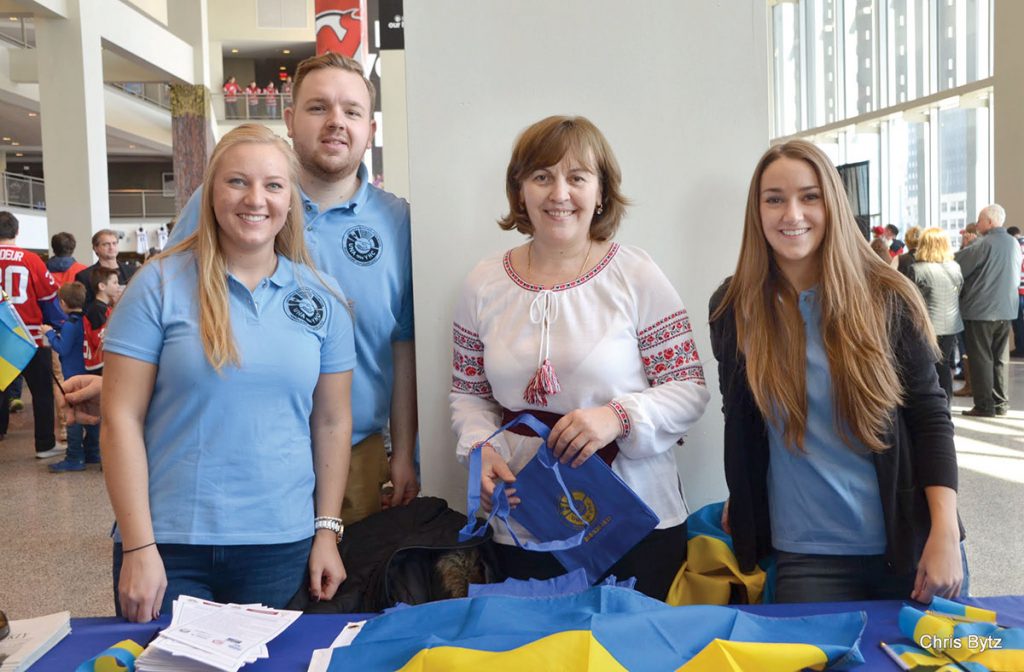 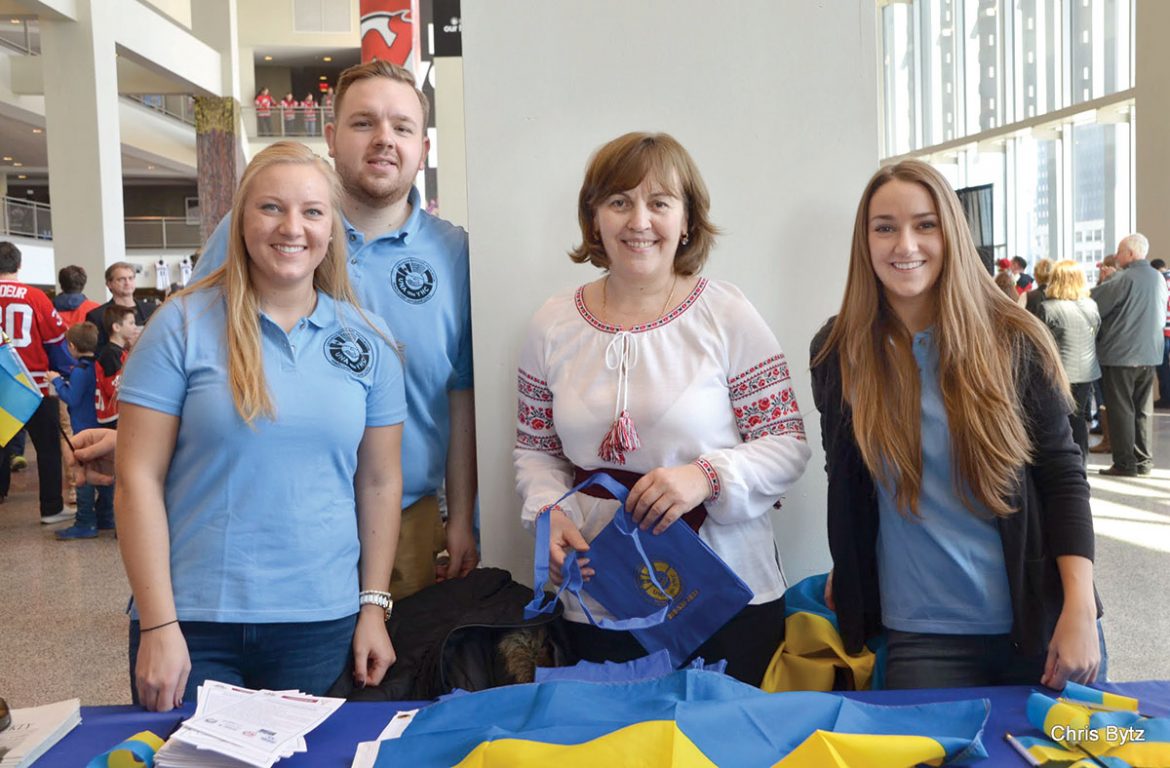 NEWARK, N.J. – The Ukrainian National Association and its two newspapers, The Ukrainian Weekly and Svoboda, were major partners of the Ukrainian Heritage Day held on March 19 at the Prudential Center during a National Hockey League game between the home team, the New Jersey Devils, and the visiting Columbus Blue Jackets. Seen above at the UNA information table – where booklets about the UNA’s offerings, copies of The Weekly and Svoboda, the Ukrainian Heritage Day program and Ukrainian flags were distributed to all interested – are: (from left) Ola Bihuniak, UNA National Secretary Yuriy Symczyk, Maria Drich and Tanya Bihuniak.