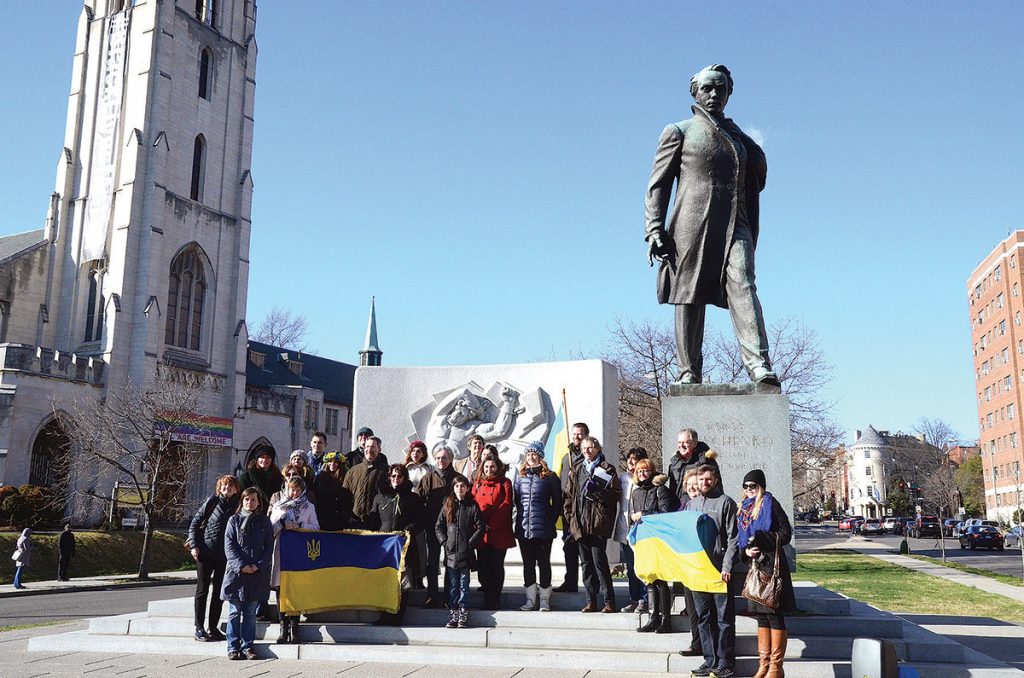 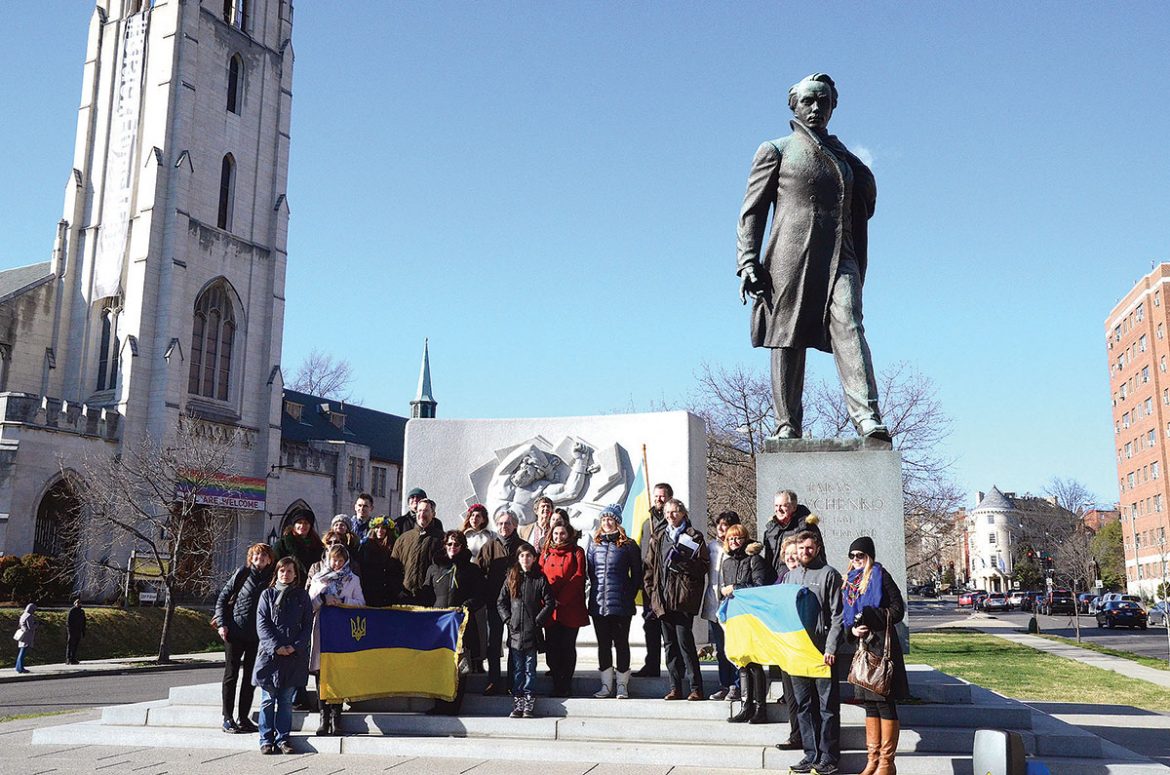 WASHINGTON – The 203rd anniversary of the birth of Taras Shevchenko was celebrated by a group of Ukrainian Americans on a cold and windy Saturday, March 12, in front of the poet’s memorial in Washington. The commemorative program included remarks by the leaders of the two organizations sponsoring the event – United Help Ukraine and Razom – recitations and the singing of his poems, and concluded with the singing of the Ukrainian national anthem. As in previous years, the participants then crossed the street from the memorial to the Bier Baron Tavern for a commemorative birthday cake and other refreshments. This was the second celebration of Shevchenko’s birthday at the monument last week. The first was on the poet’s actual birth date, March 9, which included the laying of flowers by Ukrainian Ambassador Valeriy Chaly and representatives of other Ukrainian American organizations.