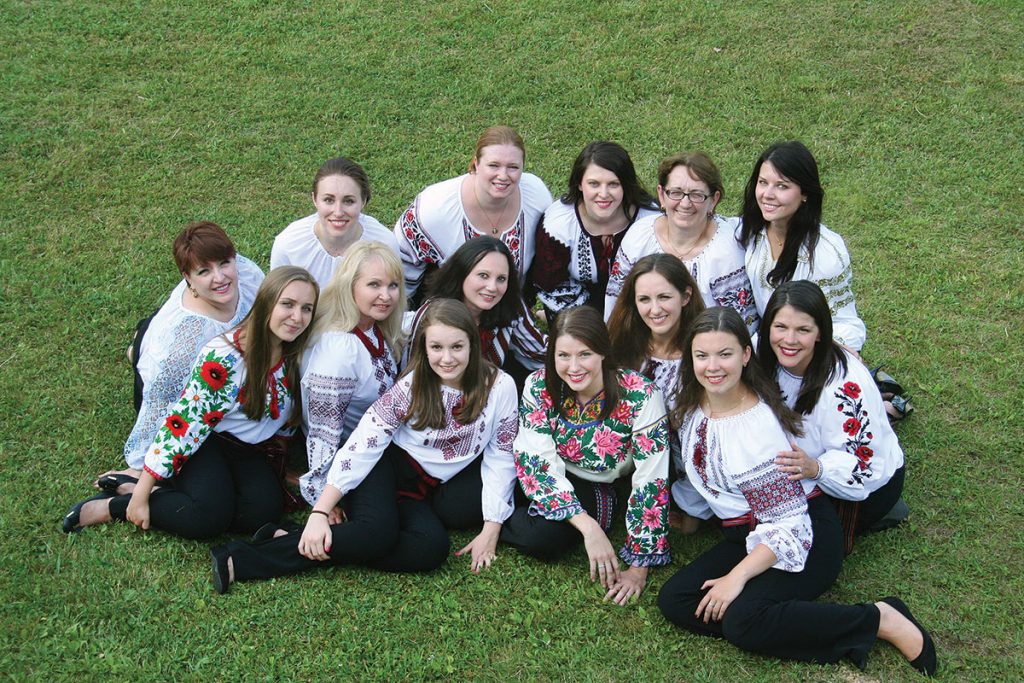 Alexander Fedoriouk
The Zorya Ukrainian Female Vocal Ensemble in a photo from 2016.

CLEVELAND – The year 2017 marks the 10-year anniversary of the Zorya Ukrainian Female Vocal Ensemble. Zorya plans to celebrate this significant occasion with several artistic events in Cleveland throughout 2017.

Zorya, which means “star” or “glow,” was the brainchild of current musical director and conductor Natalia Basladynsky-Mahlay. The Ukrainian Cultural Arts Association of Greater Cleveland – the administrative organization of Zorya and the Cleveland-based Kashtan School of Ukrainian Dance – hired Ms. Basladynsky-Mahlay in 2007 to be Zorya’s first and founding musical director.

The ensemble held its first rehearsal on April 29, 2007, in the dance studio of Kashtan in Cleveland. Zorya presented its first independent concert – a program of Christmas greetings and carols – on December 30, 2007.

The mission of Zorya is to promote and present high-quality and vibrant female vocal artistry through Ukrainian song. Zorya is made up of approximately 20 women, ranging in age from 12 to the more mature, whose voices come together to create a uniquely rich sound that has entertained audiences for a decade.

Ms. Basladynsky-Mahlay stepped away from the group in 2010, and was succeeded by Olga Tchepak until her return in 2015. As the current director, Ms. Basladynsky-Mahlay enjoys working with the ladies, who she says are talented and hard-working. She looks forward to Zorya’s future as she envisions a bigger ensemble and plans to incorporate more interesting folk song arrangements into the ensemble’s repertoire.

Over the years, Zorya has primarily performed in its hometown of Cleveland. However, the ensemble has also entertained audiences in Chicago, Toronto and New York. The ensemble has presented seasonal, folk and religious musical works by classical Ukrainian and contemporary Ukrainian composers. One such musician whose work Zorya has showcased is Ukrainian Bandurist Chorus musical director and conductor Oleh Mahlay.

On March 25-26, Zorya will host a Women’s Vocal Workshop with Mr. Mahlay in Cleveland. The workshop will feature folk and religious vocal works arranged by Mr. Mahlay. Anyone interested in attending this vocal workshop should contact Ms. Basladynsky-Mahlay at nbmahlay@ucaacle.org or 440-915-4691.

The ensemble’s anniversary year will culminate in December with a jubilee Christmas concert in Cleveland.

For more information about Zorya or any of these events, readers may contact Ms. Basladynsky-Mahlay by e-mail or phone (as listed above) or visit the Facebook page of the Zorya Ukrainian Female Vocal Ensemble.