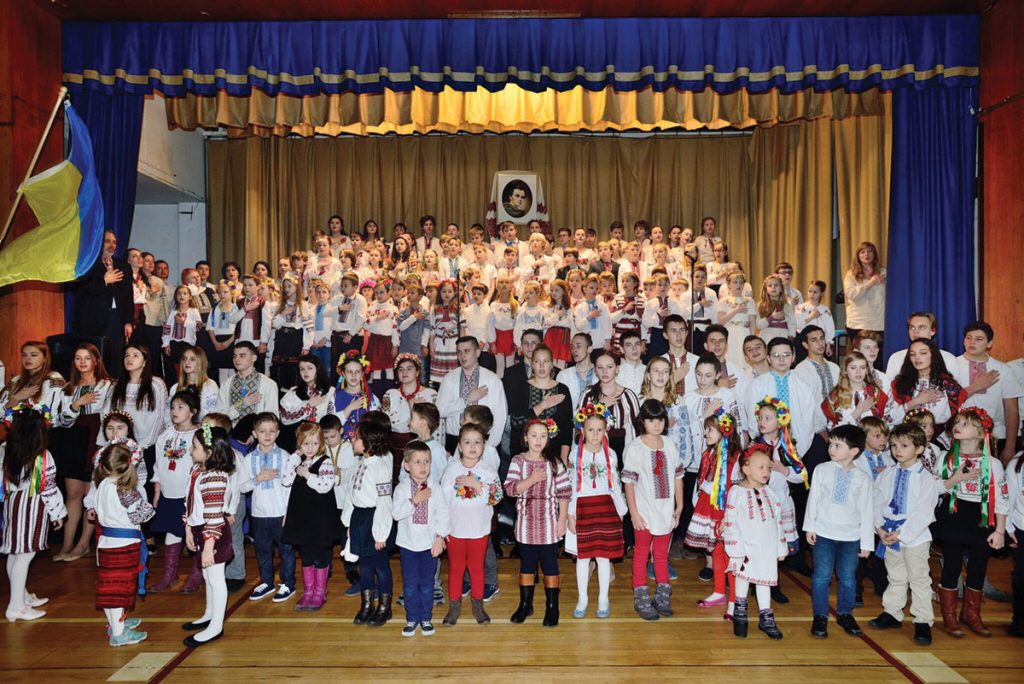 Andriy Koval
Students and teachers of the Self-Reliance School of Ukrainian Studies in New York City.

The annual celebration began with Principal Ivan Makar addressing the students and guests with these words: “Taras Shevchenko was a Ukrainian genius. He was the light that guided Ukrainians during a period of enslavement by Moscow, a time when Ukrainians were serfs on their own land. Taras Shevchenko was a symbol of freedom during the Revolution of Dignity in 2013-2014. The bard was a guiding star for the Maidanivtsi [the people on the Maidan]when they fought with their lives for freedom for Ukraine. His strong belief and desire were to see Ukraine as an independent, sovereign state inherited by successive generations. He is the power that helps today’s Ukrainian soldiers at war with Russia.”

The festive concert began with the sixth and seventh graders singing the words of Shevchenko’s “My Thoughts.”

Each class, from “Svitlychka” (pre-K) to 12th grade performed; students recited poems, sang songs and put on a play.

The brilliant performance by students in grades 8, 10 and 12 must be noted. They mounted a presentation of the play “Nazar Stodolia.” Authentic Ukrainian costumes and a tastefully decorated stage took the audience’s breath away. Ukrainian language teacher Olya Matviyishyn organized and directed the performance.

Svitlychka pupils sang their song “Bloom in the Valley of Red Viburnum” while pretending to play on banduras, one of the oldest Ukrainian folk instruments. Their teachers are Maria Sidlyar and assistant Arkadia Pereklita.

Much gratitude was expressed to the school’s talented music teacher, Elya Romanyshyn, who taught the students to sing so beautifully, and pianist and teacher Anastasia Antoniv for the lovely accompaniment.

Kudos were extended to the Parents Committee for its tireless work and assistance in organizing this special event, and to the school’s sponsor, the Self-Reliance Association of Ukrainian Americans, New York branch, and chairwoman Natalia Duma, who attended the concert.

The annual Shevchenko celebration closed with his timeless poem “Testament” and the Ukrainian national anthem.