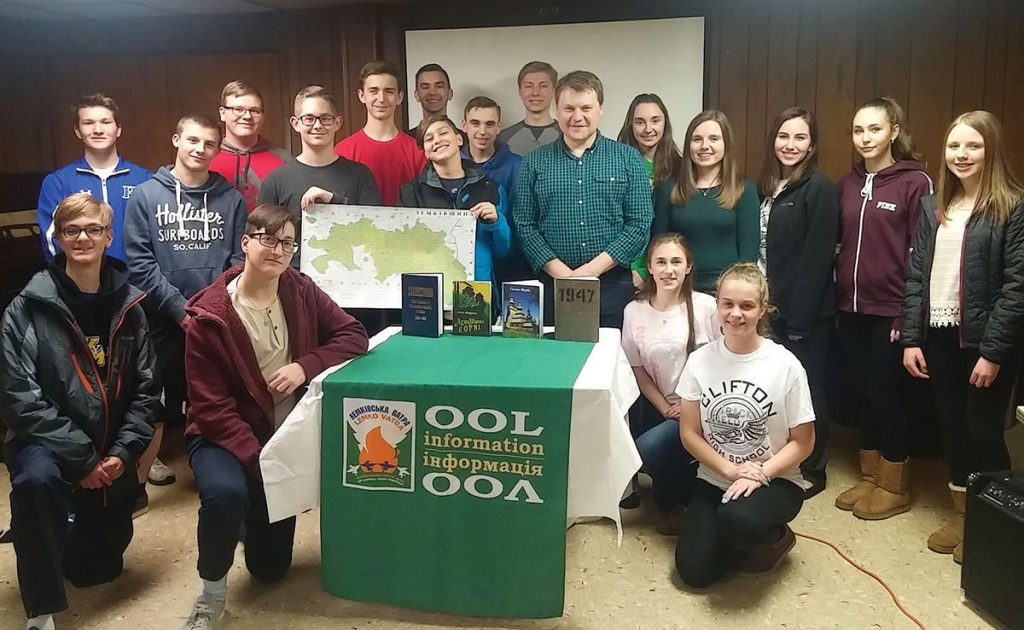 PASSAIC, N.J. – The Organization for the Defense of Lemkivshchyna (OOL) and the Ukrainian American Youth Association (UAYA) have partnered to help educate people about the 1947 forced resettlement of the Ukrainian minority in Poland, codenamed Akcja Wisła.

Mark Howansky, president of OOL, and Dianna Howansky Reilly, OOL national board member, led an informative presentation about Akcja Wisła at the Ukrainian Center in Passaic, N.J., on April 12 as part of the UAYA weekly meetings. This year marks the 70th anniversary of the forced relocation program.

One of the goals of OOL is to obtain recognition and reparation from the current Polish government for this crime against Ukrainians. Another is to educate people about this tragic chapter in Ukrainian history. Mr. Howansky welcomed the offer to partner with UAYA when it decided to include Akcja Wisła as one of the annually selected education topics for the 2016-2017 academic year. The teaching materials on the topic were compiled by members of the UAYA’s National Educational Council.

OOL officers supplemented their work by giving guest presentations, which include to date: Zenon and Olenka Halkowycz in Jersey City, N.J.; Toma Pyz in Irvington, N.J.; Petro and Julia Kosciolek in Goshen, N.Y.; Mr. Howansky in Whippany and Passaic, N.J.; and Ms. Howansky Reilly and Lena Howansky in Stamford, Conn., and Yonkers, N.Y. The UAYA’s National Educational Council also wanted young members of UAYA (“yunatstvo”) to interact with eyewitnesses and survivors of Akcja Wisła. With the help of OOL, a list of interview questions was created and survivors were identified. The questions are currently being used as a template by the young interviewers of the different (branches) of UAYA in the U.S. and Canada to interview survivors of Akcja Wisła.

The interviews conducted by the yunatstvo will be posted on the UAYA website and Lemko-OOL YouTube channel. These young UAYA members will also be tested on their knowledge and present their interview projects at the annual Zlet youth gathering on Memorial Day weekend at the UAYA camp in Ellenville, N.Y.

The children learned about the first phase that included a Soviet-Polish population exchange, where 490,000 Ukrainians were relocated from Poland to the Soviet Union and 790,000 Poles were relocated from the Soviet Union to Poland. Akcja Wisła was the Polish Communist government’s attempt to deal with the remaining 150,000 Ukrainians who refused to leave their ancestral lands.

Akcja Wisła (also referred to as Operation Vistula), was carried out by the Soviet-installed Polish Communist authorities as the second phase of its plan to eliminate the Ukrainians (mostly Lemkos and Boykos), who resided in Poland after the post-World War II borders were established. 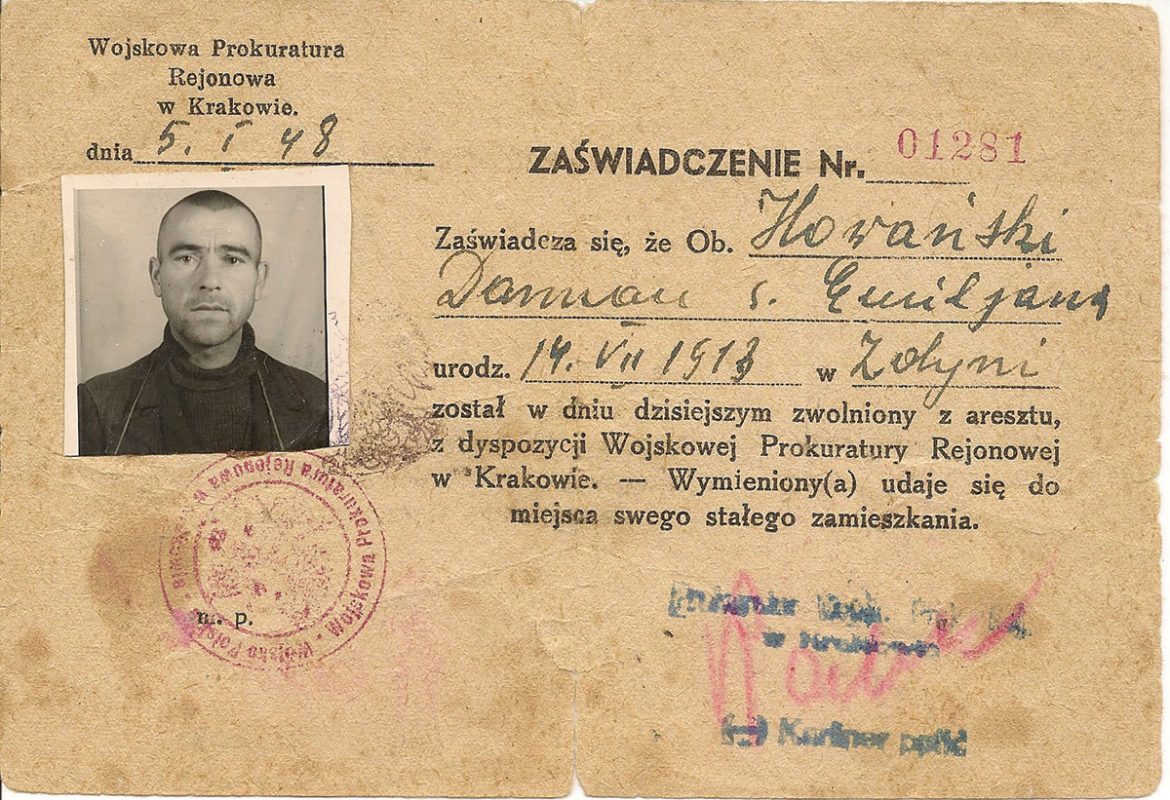 During the three months beginning on April 28, 1947, about 140,000 civilians were forcibly resettled to the former German territories ceded to Poland at the Yalta Conference at the end of World War II. Polish government documents show that the goal of the relocation action was to force Polonization of the Ukrainian minority by removing Ukrainians from their historical lands and deliberately spreading them across the country in low concentrations.

OOL is also organizing various Akcja Wisła remembrance ceremonies throughout the year, which will include educational and commemorative components. These are to be held in Yonkers, N.Y., and Passaic, N.J., on Sunday, April 30, and in New York City on Saturday, May 6, and Saturday, October 14.

For more information about OOL or UAYA, including the projects and events mentioned, readers may visit www.lemko-ool.com or https://cym.org/us/.