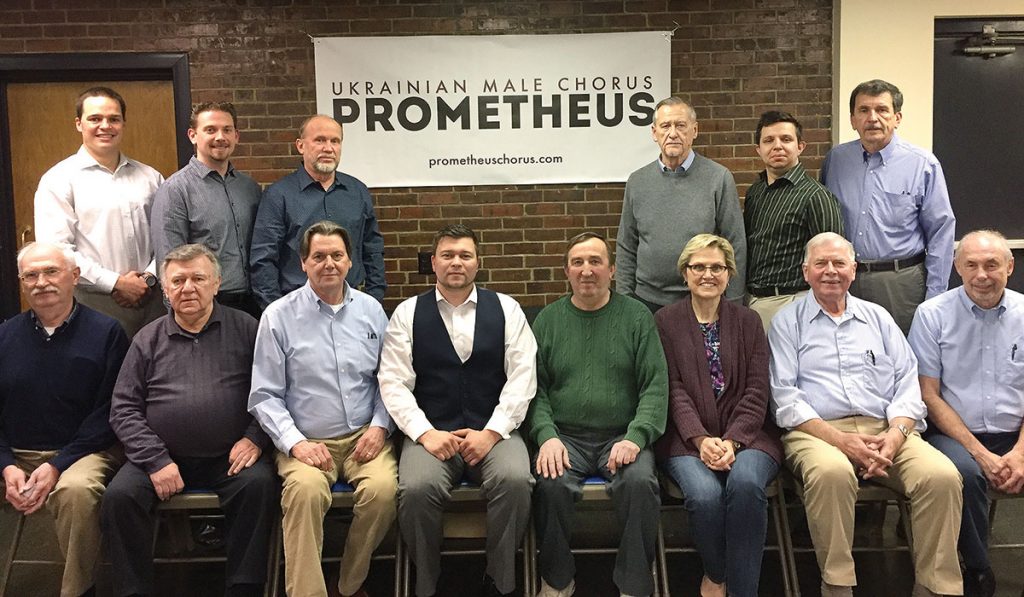 JENKINTOWN, Pa. – At its biennial general meeting held on April 3 at the Ukrainian Educational and Cultural Center in Jenkintown, Pa., members of the Prometheus Ukrainian Male Chorus of Philadelphia gathered to review its work over the past two years as well as discuss potential concerts for its 55th year and beyond.

With 30 members present, the Prometheus membership recapped various performances, among them a joint concert series with the Dumka Chorus of New York City; a performance at the Holodomor Memorial’s opening, including the accompanying exhibit and benefit reception, in Washington; a Taras Shevchenko concert in Chicago; as well as several festivals, weddings, divine liturgies, and Christmas concerts.

At the conclusion of the meeting, Artistic Director Roman Kucharskyy thanked all the members, as well as accompanist Irene Pelech Zwarych, for their dedication. He stated that as conductor he is looking forward to continuing to lead the ensemble and recruiting additional members who share the same appreciation of Ukrainian music and culture.

For more information about the Prometheus Ukrainian Male Chorus, including upcoming performances, readers may visit www.prometheuschorus.com and “like” the chorus on Facebook at www.facebook.com/PrometheusPhiladelphia. For more information on booking Prometheus for a festival, divine liturgy, wedding or other special occasion, e-mail contact@prometheuschorus.com or call 267-314-SONG.