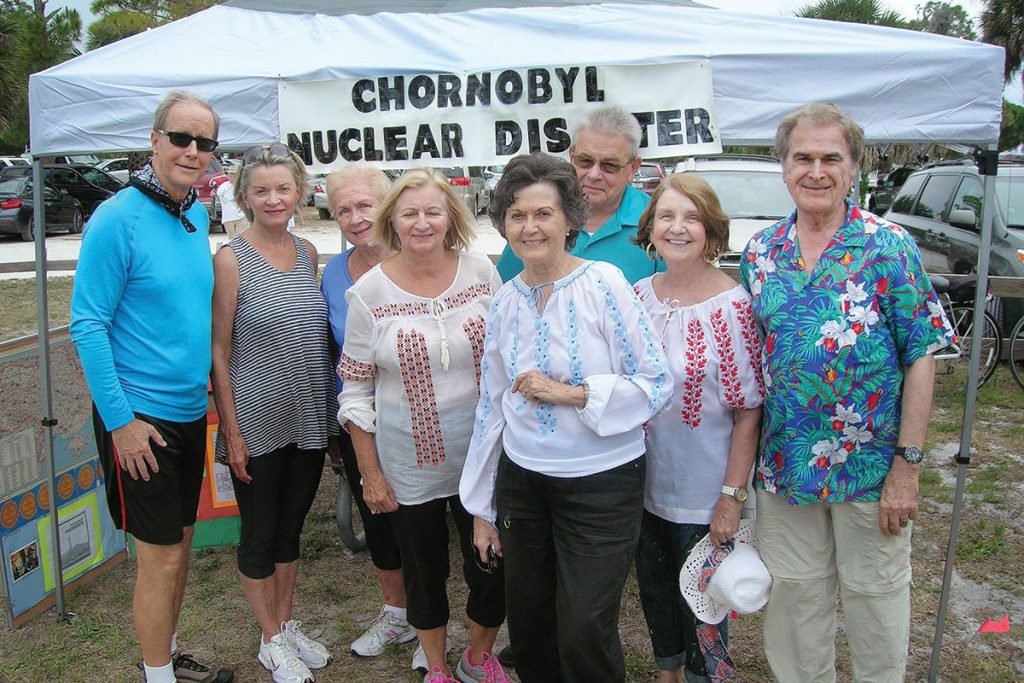 OSPREY, Fla. – At the celebration of Earth Day on April 22 at Oscar Scherer State Park in Osprey, Fla., the Ukrainian community of southwest Florida had an exhibit about the Chornobyl nuclear disaster that took place 31 years ago on April 26, 1986.

Members of Branch 56 of the Ukrainian National Women’s League of America who volunteered to be present to give information to the many visitors that day were: Lesia Popel, Areta Baranowskyj, Anna Macilienski, Christyna Sheldon and Lida Hausman. Also present were Dr. Bohdan Bodnaruk, Ostap Macilienski and Tom Hausman.

The day was pleasant, with a few showers, but not enough to spoil it for the large number of people who came to celebrate Earth Day in a beautiful state park, with many exhibits and attractions for children. Many visitors knew about the Chornobyl nuclear disaster and shared their views on radiation and its aftereffects on the world’s population. Some also knew about the Holodomor, while others asked about the current situation in Ukraine and the fighting in the Donbas region supported by Russia.