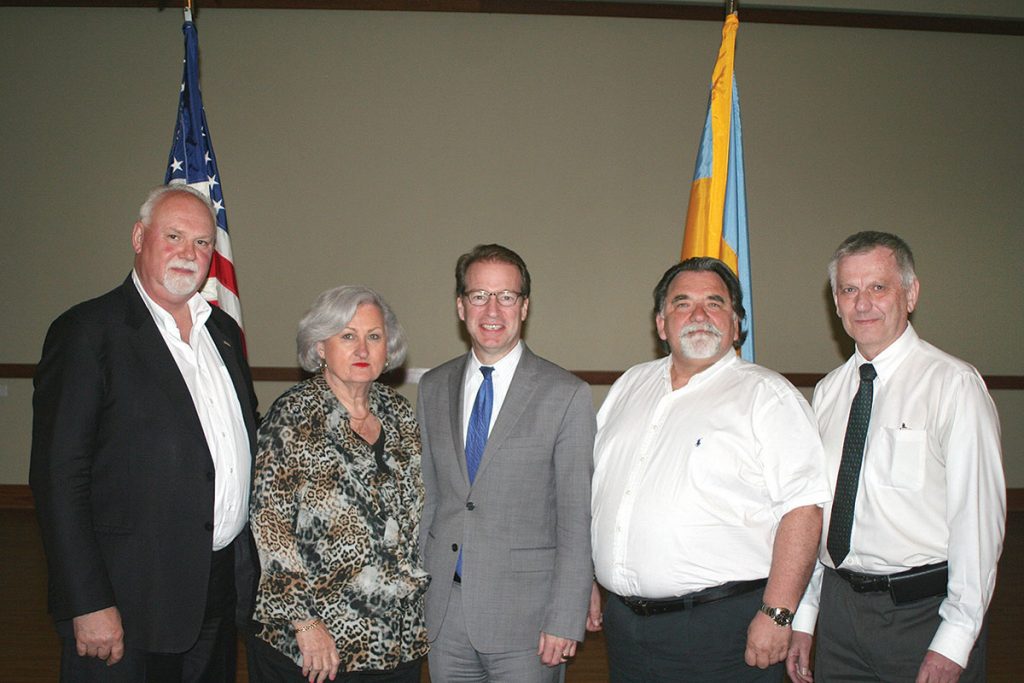 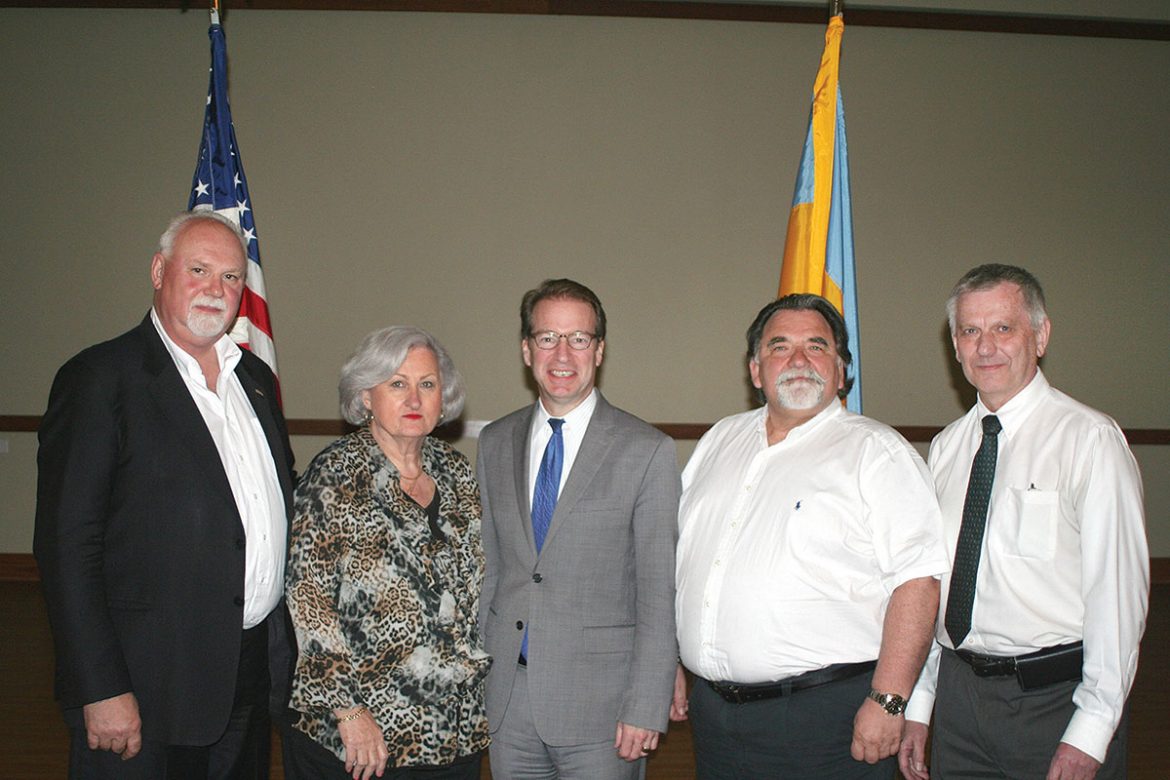 BLOOMINGDALE, Ill. – On Tuesday, April 18, Congressman Peter J. Roskam (R-Ill.) met with members of Ukrainian organizations at a roundtable held at St. Andrew Ukrainian Orthodox Cathedral – Kyivan Patriarchate in Bloomingdale, Ill. Rep. Roskam reported that he had written a letter to U.S. Secretary Rex W. Tillerson following the latter’s visit to Moscow. In that letter, the congressman underscored the continued need to support Ukraine. Seen above is Rep. Roskam with the participants of the community roundtablе meeting.