Ukraine’s acting minister of health to speak in Washington 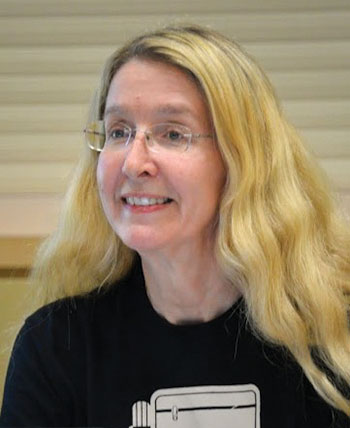 CHICAGO – Dr. Ulana Suprun, Ukraine’s acting minister of health, will be coming to Washington in June to meet with the Ukrainian community and U.S. and Ukrainian government officials.

Since taking office, Dr. Suprun has begun a fundamental restructuring of the Ukrainian health care system. This system was a remnant of the Soviet era, and was inefficient and vulnerable to corruption. Money was allocated not according to the number of patients treated, but instead was based on the number of beds in a given facility. So despite having twice as many hospital beds per capita as many Western European countries, Ukraine’s population was far less healthy.

Dr. Suprun is seeking to reorganize this system and to introduce evidence-based treatment protocols consistent with modern standards. She has prevailed on the government to increase the health care budget by 7.5 percent and has expanded a highly successful pilot vaccination program targeting polio, tuberculosis and diphtheria while increasing supplies of medications for cancer, HIV and hepatitis C. Additional reforms have focused on the delivery of primary care and improving preventive health care, while simultaneously raising the standard of care.

Prior to accepting the position of acting minister of health, Dr. Suprun was director of the School of Rehabilitation Medicine at the Ukrainian Catholic University in Lviv. The specialty of rehabilitation medicine (physiatry) has long been underdeveloped in Ukraine. Dr. Suprun has identified this as an area of particular importance in the context of the ongoing war in Ukraine’s east and the ever-growing numbers of civilian and military casualties.

Her upcoming trip to Washington will afford her an opportunity to update our Ukrainian community on her work in Ukraine while also connecting with colleagues in the United States and appropriate U.S. government officials. She will be attending this year’s conference of the Ukrainian Medical Association of North America (UMANA), being held June 14-18 at the Key Bridge Marriott Hotel in Arlington, Va. Dr. Suprun will present the keynote address at the dinner on Saturday, June 17, at 7 p.m. All members of the Ukrainian community are invited to attend. Ticket information is available on the UMANA website, umana.org, or by calling 773-278-6262.