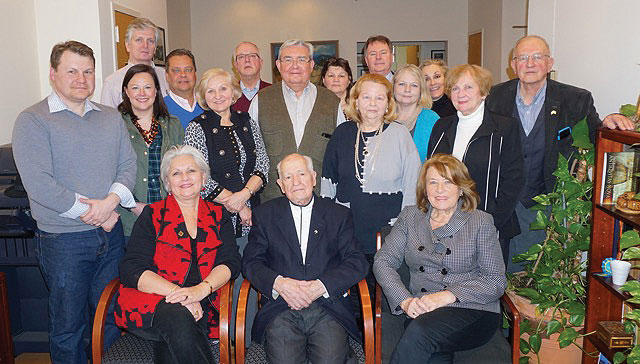 Zenia Kowalczyn Brozyna and Bohdan Kowalyk, presidents of the Society of Veterans of the UPA, and Marie Duplak, honorary president of the Organization for the Defense of Lemkivschyna (OOL), organized the inaugural meeting of the Ukrainian National Committee with a focus on two events set for Saturday, October 14, the Day of the Holy Protectress, which is historically identified as the date when the UPA was officially created as Ukraine’s military arm.

A cultural evening of solidarity and commemoration is being planned to honor members of the UPA who sacrificed their lives for a cause they believed in – a sovereign, independent Ukrainian state – and to remember the victims of Akcja Wisla, the 150,000 Ukrainians forced out of their homes seven decades ago. Andrij Stasiw was elected chair of the concert committee. More information will be posted on social media, in newspapers and on local community event calendars.

An academic conference will host roundtable discussions about the significance of the UPA and Akcja Wisla, focusing on how they are judged by historians, with a specific focus on comparing the events of the past with present-day events, especially the impact of hostile governments. Dr. Walter Zaryckyj, executive director of Center for U.S.-Ukrainian Relations, will chair the academic conference.

As 2017 is a commemorative year for all these historical events, the Ukrainian National Committee is appealing to all local Ukrainian communities to plan their own events. For more information about the October 14 scholarly and cultural events, readers may contact Ms. Brozyna at UPA.Wisla@gmail.com.