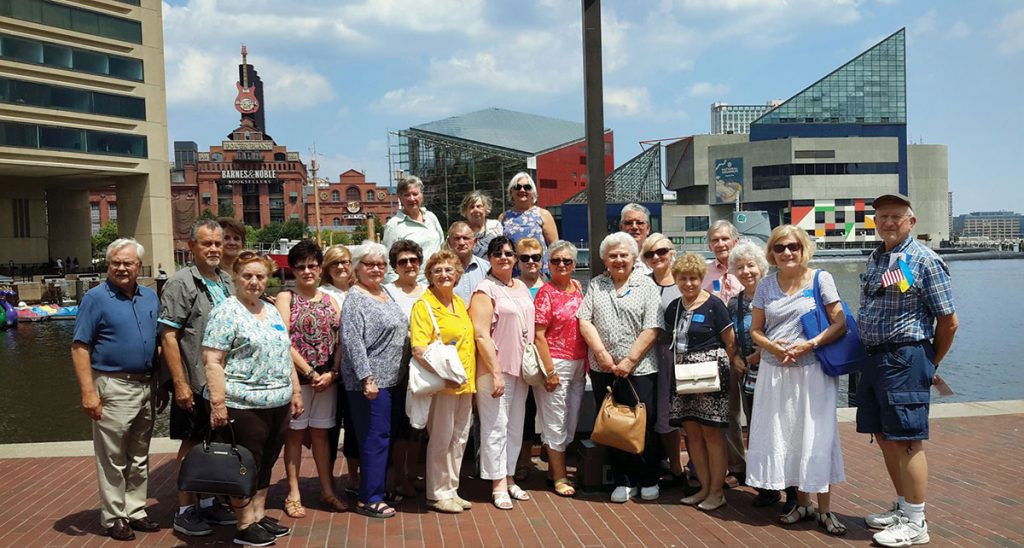 BALTIMORE – Proving you’re never too old to have fun, the members of the Ukrainian American Senior Citizens Association in Philadelphia plan day excursions to various interesting places to explore and enjoy.

On Tuesday, June 13, the “young at heart” seniors traveled by bus to the Inner Harbor, a beautiful historic seaport of Baltimore. There they toured Fort McHenry, which inspired Francis Scott Kay to write “The Star-Spangled Banner” as a result of the bombardment of the fort during the War of 1812, but (little known) did not become the national anthem until 1931.

They also toured the USS Constellation, the last sail-only warship designed and built by the U.S. Navy. As they walked around the ship on various levels, a guide explained the trials and tribulations of the crew on a warship.

The seniors’ next trip will be to Radio City Music Hall in New York City on November 28.