NEW YORK – The 41st annual St. George Ukrainian Festival took place on May 19-21 at its traditional location of Seventh Street between Second and Third Avenues. Described in the program booklet as a “festival of Ukrainian culture, music, dance and cuisine,” the event indeed offered plenty of those. Seventh Street was lined with vendors and food stalls; the stage shows, ably MC’d by St. George Academy Principal Andrij Stasiw, assisted by St. George Academy alumna Bogena Dergalo, were filled with numerous dance groups, singers and musicians.  Additionally, the Saturday afternoon show included a greeting from Ukraine’s Ambassador Valeriy Chaly, who was welcomed onstage by Mr. Stasiw and some students from St. George Academy. 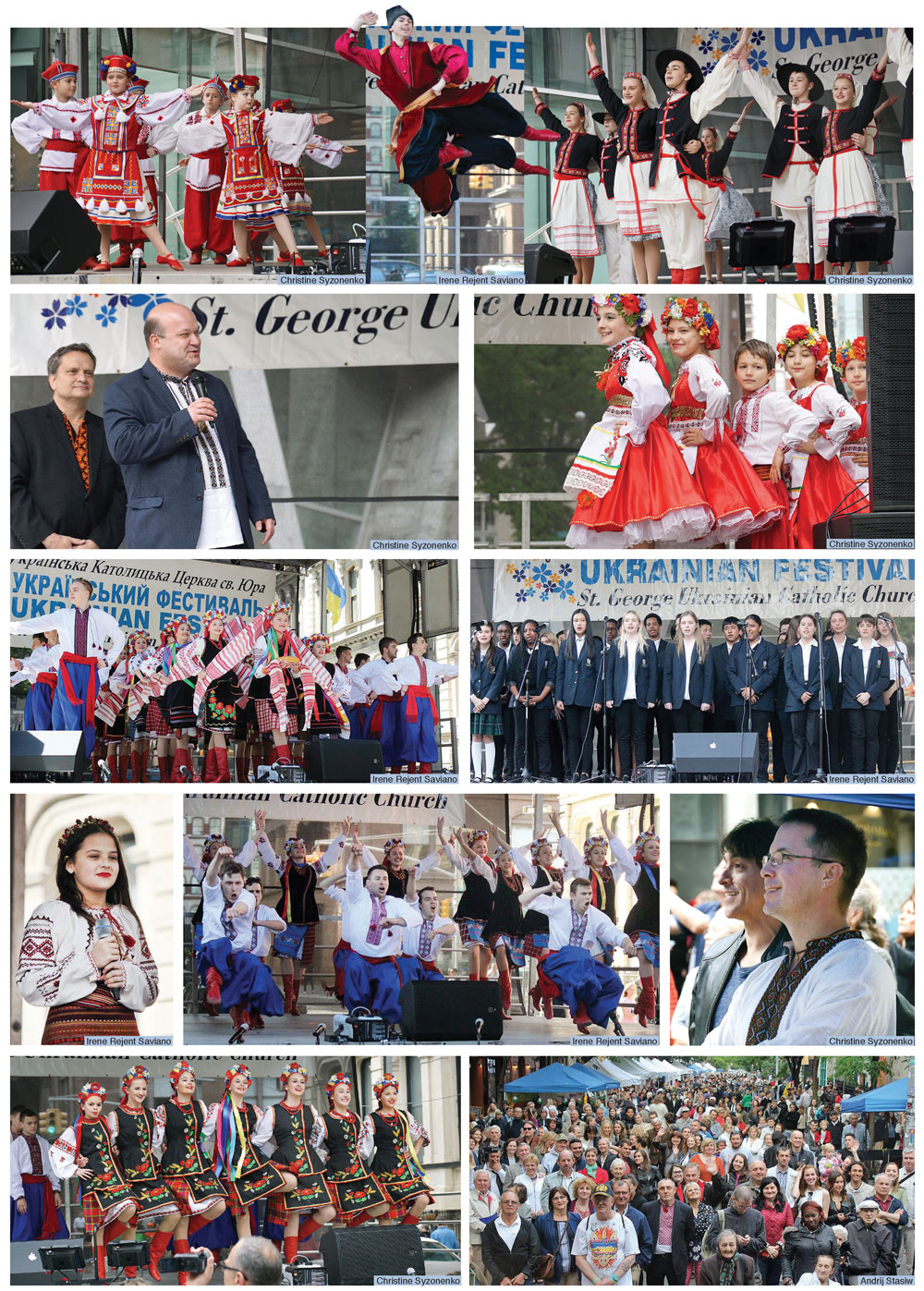