UAV commemorates Memorial Day in front of its monument 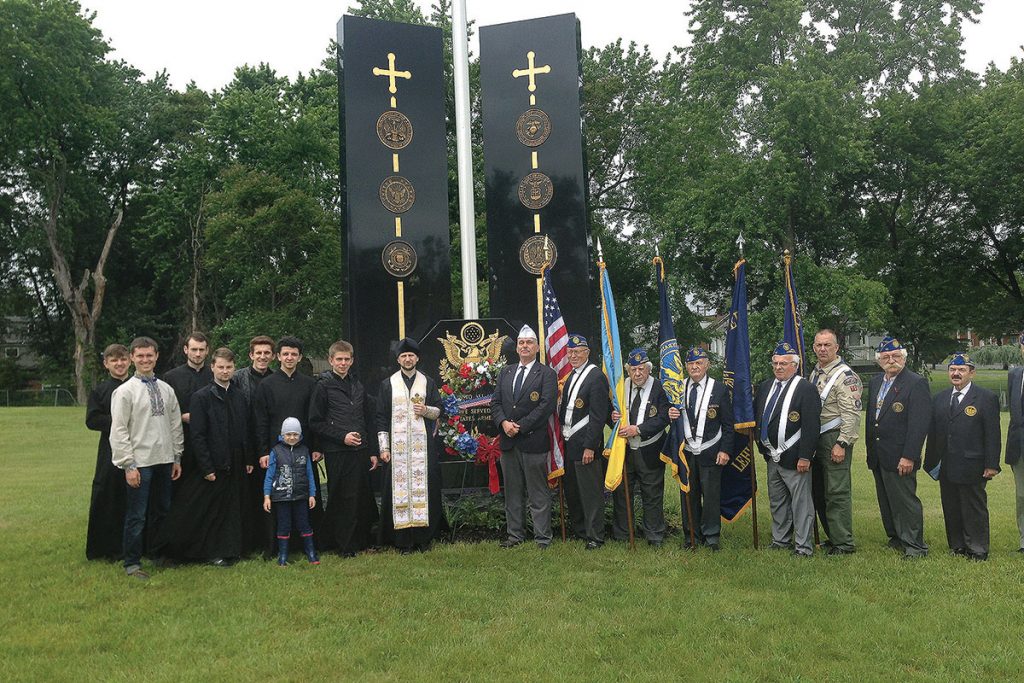 SOUTH BOUND BROOK, N.J. – Mathew Koziak, national monument officer of the Ukrainian American Veterans (UAV), who is responsible for the upkeep and beautification of the monument dedicated to all Ukrainian American servicemen and women who served in the U.S. armed forces, arranged with Metropolitan Anthony of the Ukrainian Orthodox Church of the U.S.A. to conduct a memorial service at the UAV monument at St. Andrew Cemetery.

Participating were Posts 5, 6, 17 and 42. State Commander Hrycak formed the column, assigned the flags and wreath-bearers and at 1300 hours the veterans marched to the monument, where they were met by Father Vasyl Shak and the seminarians who sang the panakhyda (memorial service).

Father Shak delivered a sermon about honor, duty and country that reached deep into everyone’s souls. Afterwards, a wreath was placed at the base of the monument and veterans rendered the military hand salute.

The weather was not very friendly; it was drizzling and somewhat cold for the end of May, but as the veterans stood by their monument they were proud that the UAV was able to commemorate all who served and those who died during their service at the foot of this meaningful memorial.