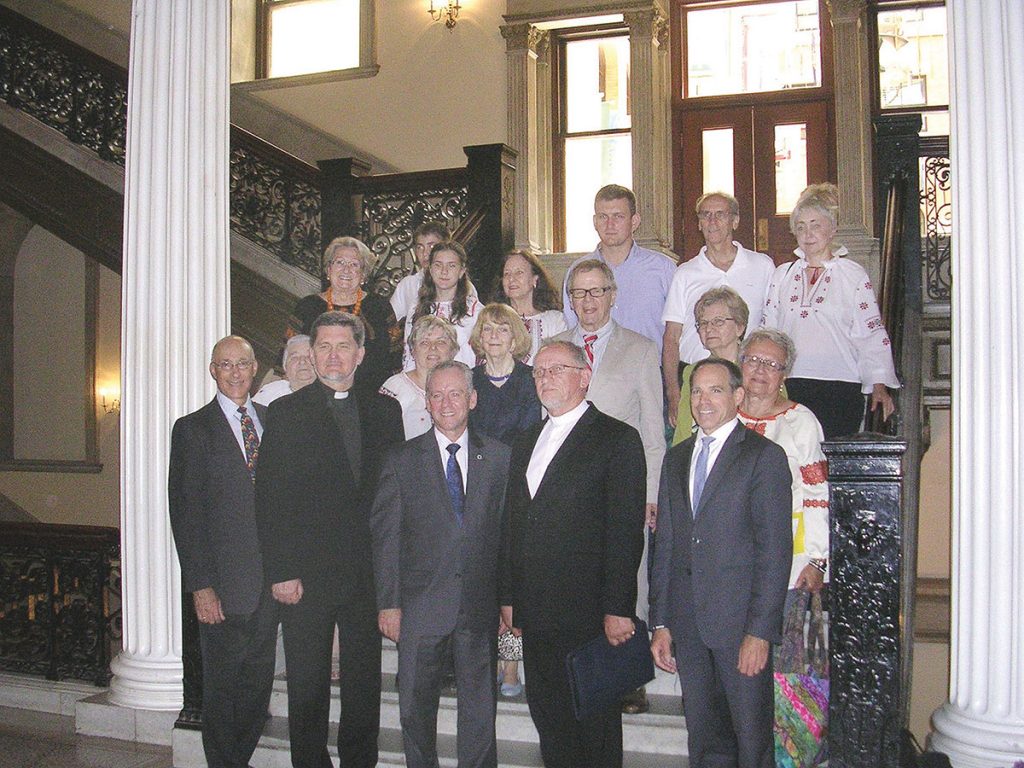 Duane Walzer
Boston Holodomor activists gather on the steps of the State Capitol following the June 27 hearing on the Genocide Education Bill. 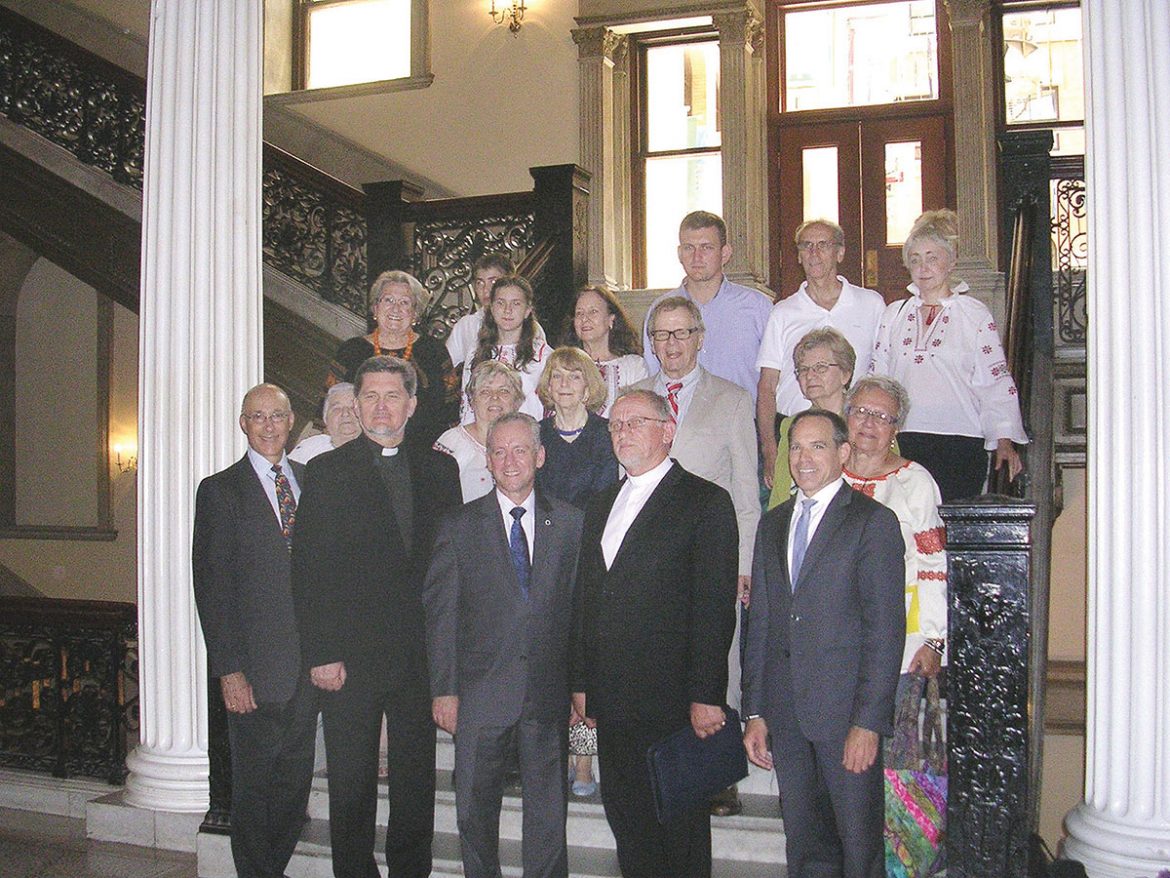 Boston Holodomor activists gather on the steps of the State Capitol following the June 27 hearing on the Genocide Education Bill.

BOSTON – The Massachusetts State Legislature Joint Committee on Education on June 27 heard testimony on House Bill 314, which incorporates genocide education into the Massachusetts curriculum for secondary schools throughout the state.

Presenters providing testimony included attorney Paul Thomas Rabchenuk, chairman of the Greater Boston Committee to Commemorate the Famine-Genocide of 1932-1933, the Holodomor. Mr. Rabchenuk discussed the 41 genocides that have occurred in the past century, emphasizing the many that were not properly addressed by the educational system.

Father Yaroslav Nalysnyk, pastor of Christ the King Ukrainian Catholic Church in Boston, told the committee how surprised he was while working on his doctorate in theology to find that many of his colleagues were totally unaware of the Ukrainian genocide.

Father Roman Tarnowsky, pastor of St. Andrew Ukrainian Orthodox Church in Jamaica Plain, Mass., told the committee how it was punishable to speak about the Holodomor in the schools when he was a young student in Ukraine.

Michael Sawkiw, chairman of the U.S. Committee for Ukrainian Holodomor Genocide Awareness 1932-1933, related the terror of the Holodomor to the terror experienced by the citizens of Boston following the Boston Marathon bombings in 2013. He also described the Holodomor Memorial and its premier location in Washington, and gave photographs of the monument to committee members.

Activist Marianne Hrinda, displaying the volumes of the Report of the Commission on the Ukrainian Famine, spoke of the horrors reported by the survivors. She also told the Joint Committee on Education about the thousands of signatures of support for the study of the Holodomor that the Boston committee had received during its petition drive.

Lana Babij, a retired librarian from the University of Connecticut and a notable Holodomor educator, advised the committee of the 20,000 to 25,000 visitors who logged onto the Connecticut Holodomor website (www.holodomorct.org) each month during the school year. This site contains curriculum guides, history, bibliographies and many other features of value to educators. Ms. Babij is the content manager for the site.

Maria Walzer presented the committee with a hard copy of materials available via Dropbox that were e-mailed to all school districts in Massachusetts, as well as the Department of Elementary and Secondary Education. Ms. Walzer reviewed the contents in detail as the hard copy was passed among the committee members for their review.

State Rep. Jeffrey Roy, who had spoken in previous years in support of a similar bill, told the committee about the bill’s merits. He is the sponsor of the bill in the Massachusetts House; Sen. Karen Spilka is sponsoring the Senate version. Twenty-seven additional senators and representative had also signed the bill as co-sponsors.

Ms. Walzer commented about the cohesiveness of the Boston activists in joining together to promote the success of the bill. “We have been very lucky to have people in this state such as attorney Paul Rabchenuk who has given us the legal support in this endeavor; Hania Kurniawka, who has spoken at numerous meetings at the Board of Education and collected thousands of signatures and also met with representatives and senators at the State House,” she stated. “Others who also did the same were Orest Fedan, Marianne Hrindra and the late John Chopek, a retired engineer who collected many signatures and letters from legislators from his district and the surrounding area.”

Ms. Walzer also cited the efforts of Father Nalysnyk, who gave many presentations at the Northeast Regional Conference (NERC) on Social Studies and spoke at hearings, as did Father Tarnowsky; Ostap Nalysnyk, the pastor’s son, who started a website to collect signatures and posted articles on Facebook that included the times and dates of the hearings; the late Anna Raniuk, a Holodomor survivor, who went from school to school and told students what she had endured, testified at hearings, spoke at NERC conferences and met with Rep. James Vallee at his office; and Bill Stan, another Holodomor survivor, who did the same.

“May God bless them all for their endeavors to help Ukraine and its people,” Ms. Walzer said at the conclusion of her remarks.