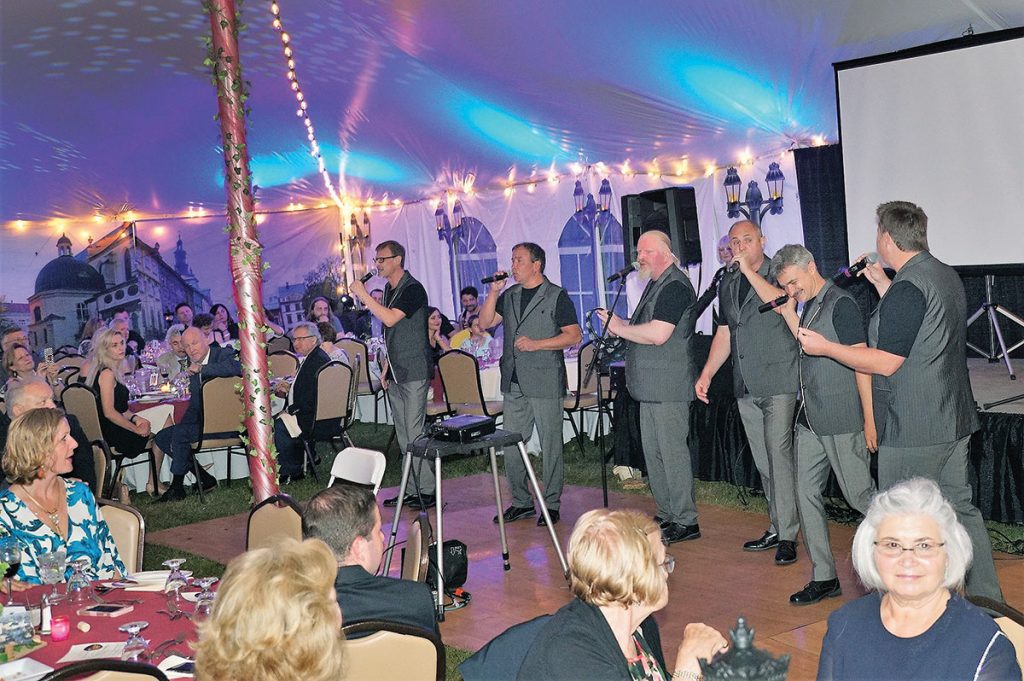 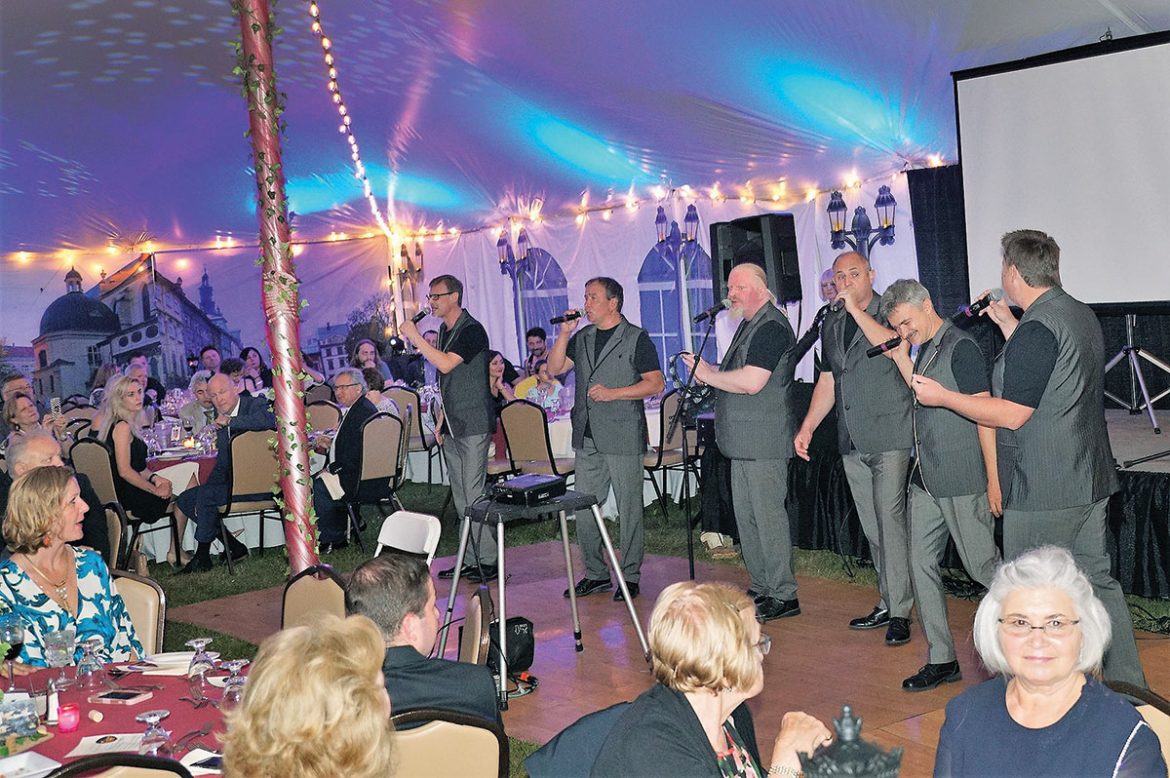 KERHONKSON, N.Y – A full house of 160 people attended the 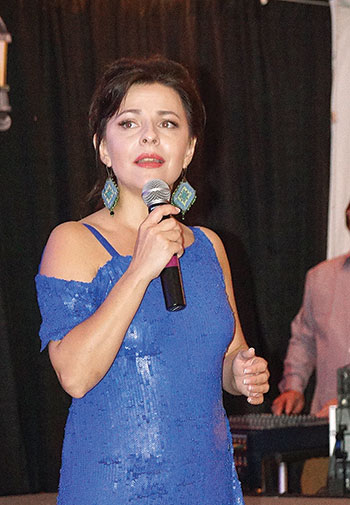 “Retro Lviv” gala on Friday evening, July 14, at the start of the annual Ukrainian Cultural Festival at Soyuzivka Heritage Center, to raise funds for humanitarian aid to Ukraine, which continues to suffer the consequences of Russia’s war in the Donbas. 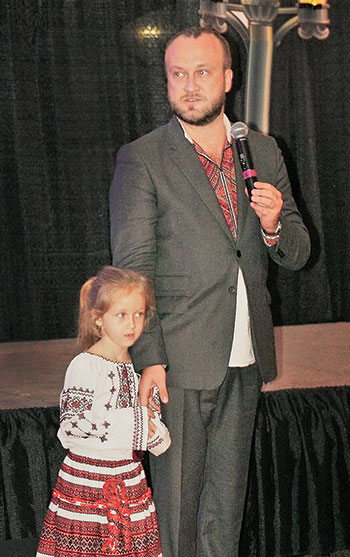 Viktoria Voronovych, assisted by her husband, Roman Woronowycz, spoke about the work of the IAFA, including its latest focus on establishing a career center to help Ukraine’s soldiers returning from the frontlines.

The elegant evening featured a gourmet dinner of old Lviv cuisine. Chef Andrey Sonevytsky and his staff prepared Ukrainian hors d’oeuvres and a four-course meal that included a choice of entrees: braised beef short ribs in a blend of wild mushrooms, boiled baby potatoes in butter and dill; slow-cooked pork loin wrapped in bacon and served on a bed of braised cabbage with onion, garlic, green apples and a hint of caraway; or broiled filet of salmon in caviar cream sauce with “kulesha.” Lviv’s famous coffee and a classic torte capped off the meal. 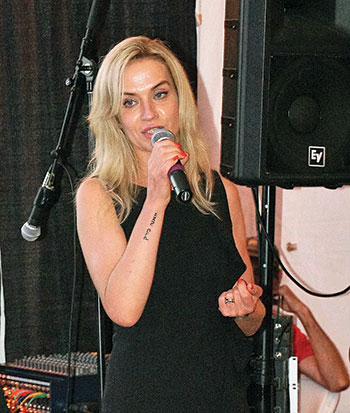 A highlight of the evening was performances in an intimate setting by the Ukrainian Cultural Festival’s top stars: the a capella group Pikkardiyska Tertsiya, vocalist Oksana Mukha, violinist Vasyl Popadiuk and the band Kozak System. Adding to the atmosphere that evoked Lviv of the 1930s-1940s were special appearances by singer Erko Palydowycz, and a pair of dancers from the Syzokryli Ukrainian Dance Ensemble, Dianna Shmerykowsky and Lev Iwashko, who performed a classic tango. 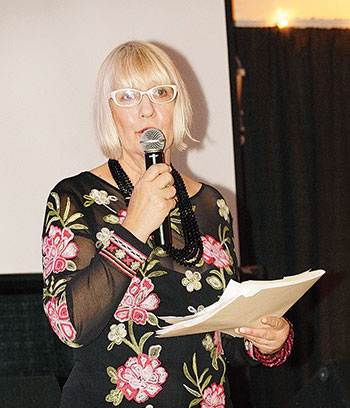 Previous gala fund-raisers held in conjunction with the annual Ukrainian Cultural Festival at Soyuzivka supported: the United Ukrainian American Relief Committee’s aid to families of the fallen, injured and missing victims of terrorist aggression against Ukraine (2014); the establishment by the International Alliance for Fraternal Assistance of a rehabilitation center for the victims of the war to be named in honor of Markian Paslawsky, a West Point graduate who died during fighting in Ukraine (2015); and, via the Markian Paslawsky Fund, the Ukrainian Catholic University’s new rehabilitation center (2016).

Seen in the photos (beginning from the top and going from left to right) are: singer Oksana Mukha; Pikkardiyska Tertsiya; Erko Palydowycz, joined by Vasyl Popadiuk on violin; guests Oles and Olya Kuzyszyn with Bishop Borys Gudziak of Paris; Viktoria Voronovych of the IAFA; Syzokryli dancers Dianna Shmerykowsky and Lev Iwashko; UNF Treasurer Roma Lisovich; Igor Sybiga, consul general of Ukraine in New York, with his daughter; and two musicians from Kozak System with Nataliya and Yuriy Symczyk, national secretary of the Ukrainian National Association. 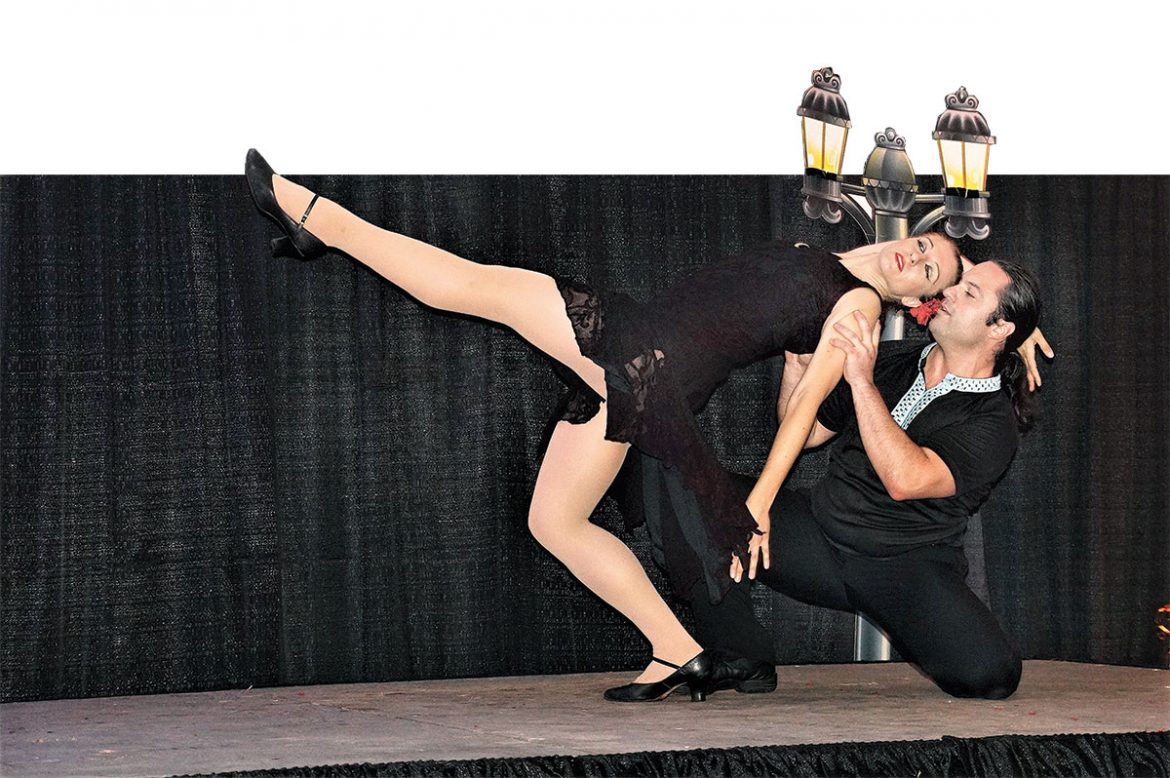 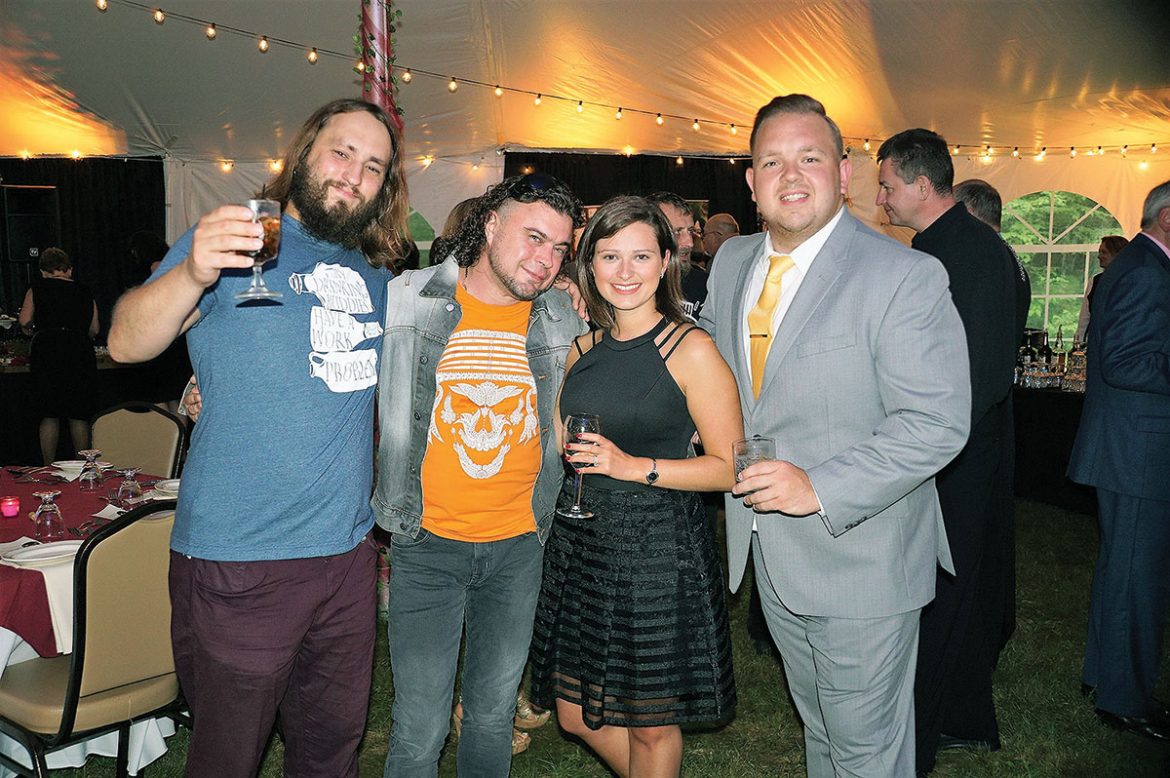 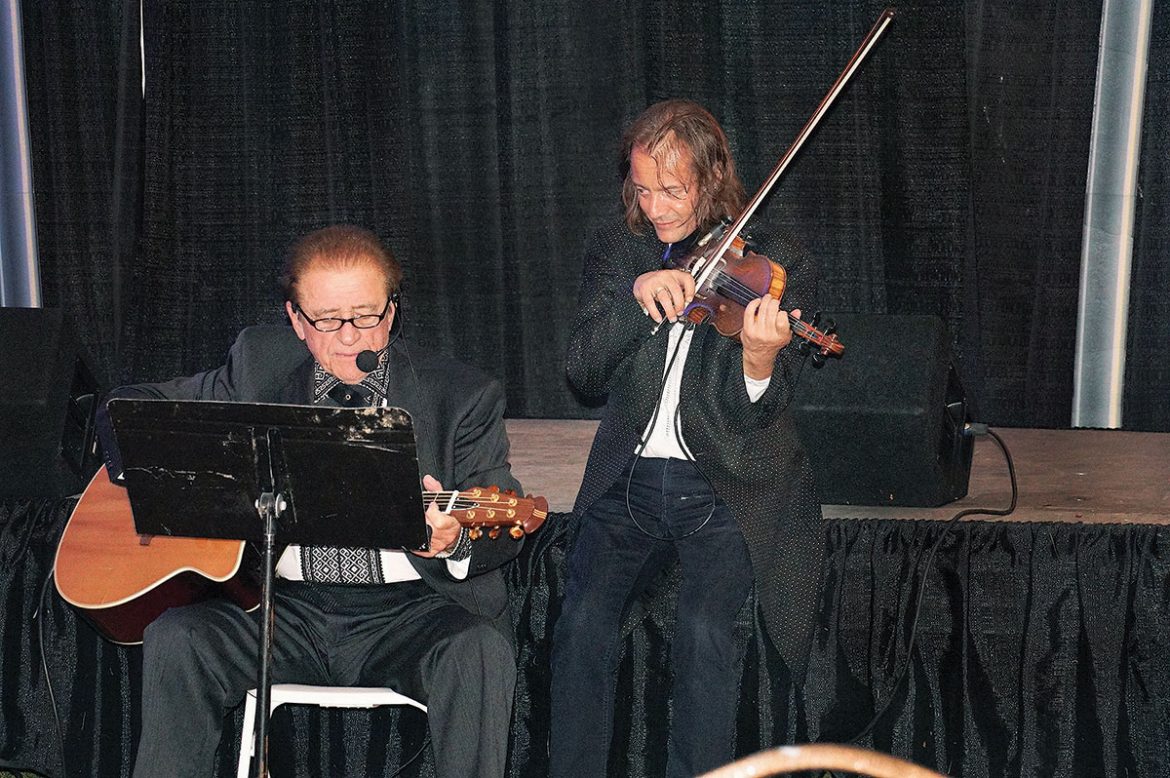 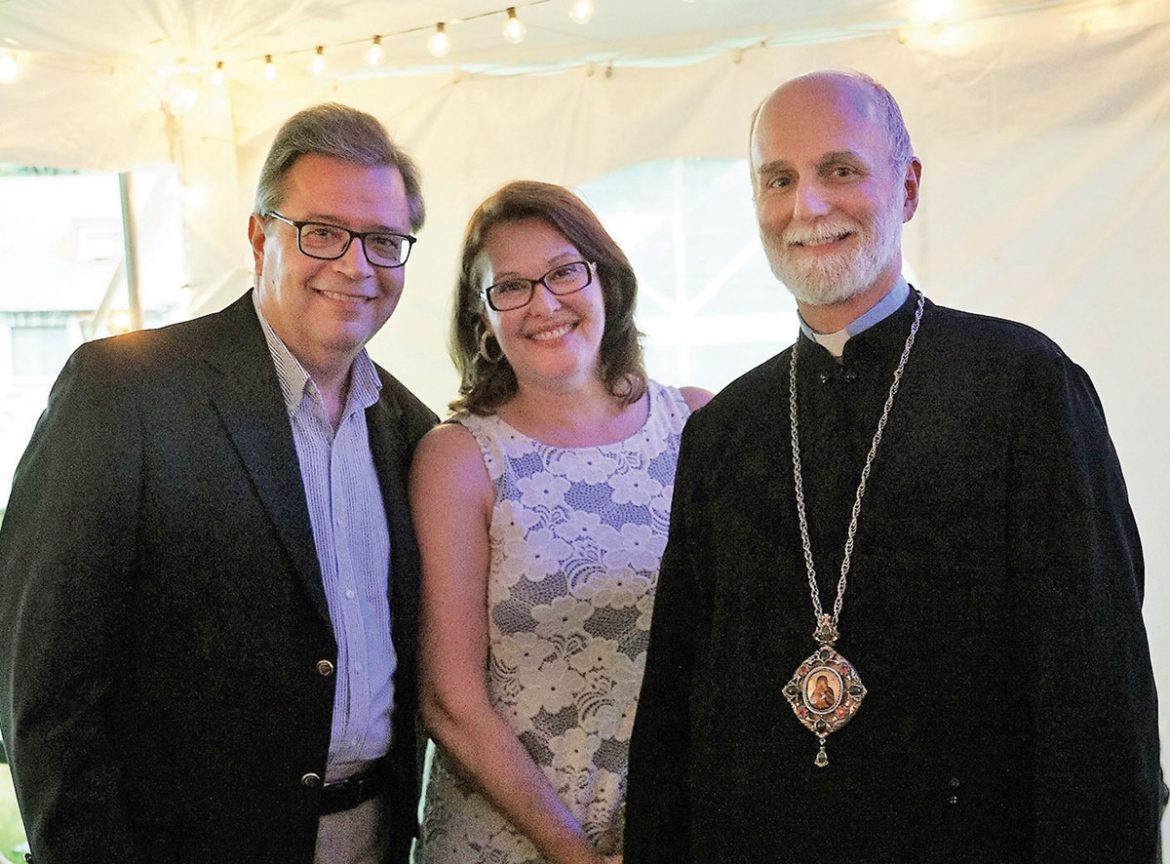