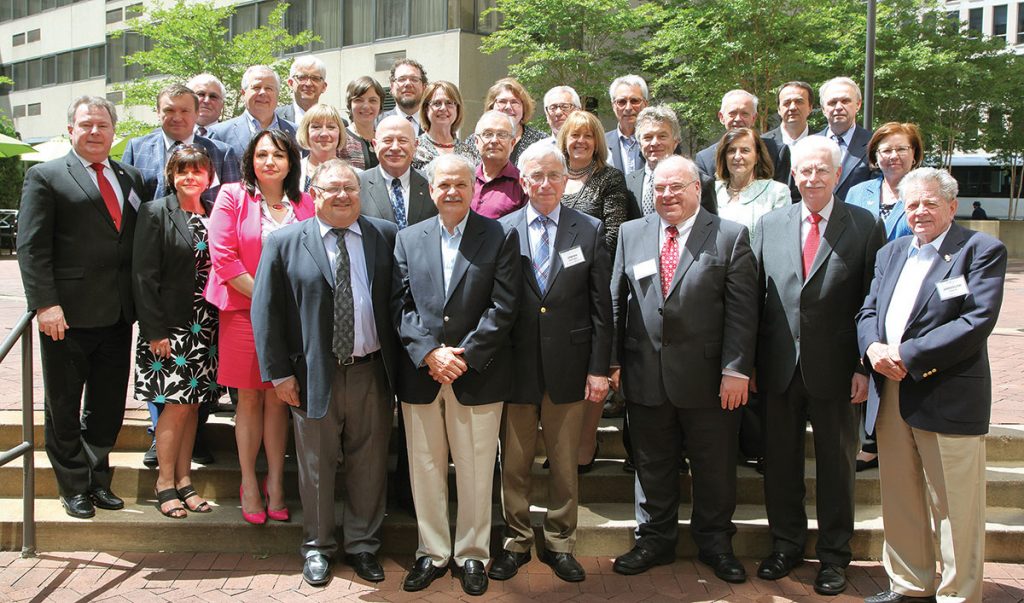 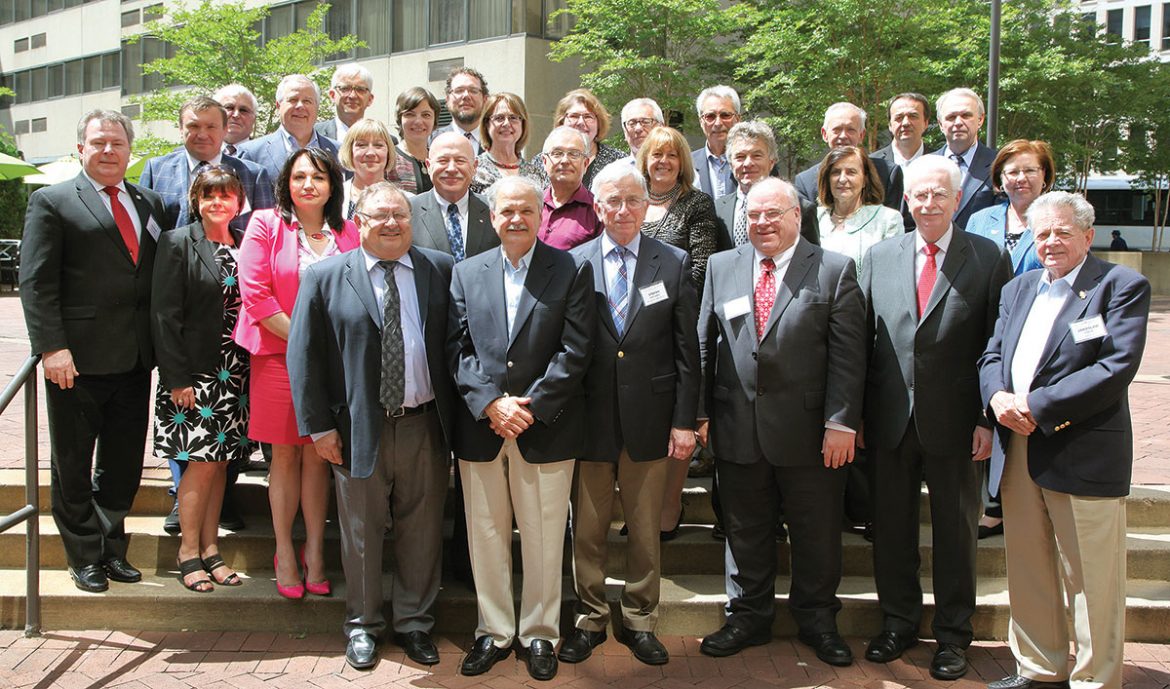 Thirty-three participants representing all 13 Ukrainian American credit unions in the United States gathered to visit their legislators on Capitol Hill, to hear presentations on current topics of interest to credit union leaders, and to elect a new board of directors.

The conference commenced on Thursday morning with welcoming remarks by Anatoli Murha, business development and marketing director of Selfreliance in Philadelphia. The delegates were then briefed on issues concerning Ukraine and credit unions, in order to prepare them for scheduled visits with their legislators. Michael Sawkiw Jr., director of the Ukrainian National Information Service, briefed participants on issues concerning Ukraine. Credit union issues were presented by Ryan Donovan, chief advocacy officer of the Credit Union National Association. Following the briefings, delegates proceeded to Capitol Hill to meet with their respective elected officials to discuss the important issues covered during that morning’s briefing session.

On Thursday evening, Ukrainian Selfreliance Philadelphia sponsored a lovely reception for the delegates.

Friday’s program began with welcoming remarks by Wasyl Kornylo, UNCUA chair, and Roman Petyk, chairman of the board of directors of Ukrainian Selfreliance FCU Philadelphia.

Presentations on topics of interest to the credit union industry followed, such as engaging and transforming your credit union and investment practices, as well as a briefing on the legislative, political and regulatory issues in Washington.

Presentations concluded with a credit union roundtable facilitated by Tamara Denysenko, board member and former CEO of Ukrainian FCU in Rochester. The roundtable focused on a look to 2020 – best practices, successes and challenges for UNCUA credit unions, discussing assets, membership and capital growth.

Several dignitaries joined the Ukrainian American credit union leaders on Friday afternoon. Delegates were much honored by a visit from U.S. Rep. Ed Royce (R-Calif.), Chairman of the House Foreign Affairs Committee and senior member of the House Committee on Financial Services. He is a friend of Ukraine and credit unions. Congressman Royce provided delegates with a Washington update on the committees he serves, concluding with responses to questions from the participants.

Also visiting the conference was Valeriy Chaly, ambassador of Ukraine to the United States. He provided participants with an update on events in Ukraine. Eugene Czolij, president of the Ukrainian World Congress, presented the delegates with highlights of UWC’s accomplishments over the past 50 years.

Special recognition was awarded to Ukrainian Selfreliance FCU in Philadelphia by the UNCUA. The credit union was presented with a special plaque of recognition honoring its 65th anniversary. UNCUA Chair Kornylo congratulated the credit union on reaching this milestone and for 65 years of service and dedication to the Ukrainian American community in the greater Philadelphia area and Trenton, N.J. His congratulatory remarks were concluded with a resounding “Mnohaya Lita.”

On Saturday, June 10, the association conducted its 36th annual meeting, which included reports by management and various committees. The election of board members for the 2017-2018 term was also held.

UNCUA Chairman Kornylo reported on the activities of the association for the past year, as well as the current status of Ukrainian American credit unions. As of March 31, 2017, assets of the 13 UNCUA member credit unions totaled $3.224 billion – $55 million more than at year-end 2016. Member deposits totaled $2.741 billion – $50 million more than as of December 31, 2016. Credit union membership increased to 101,992 individuals.

The 2017 credit union calendar was dedicated to the ethnophotography of Anna Senik. Over 26,000 calendars were distributed to credit union members, as reported by UNCUA President Orysia Burdiak.

Election of new board

The following individuals were elected to the 2017-2018 UNCUA Board of Directors and committees:

The delegates agreed to return to Washington for the 2018 UNCUA spring conference and annual meeting.