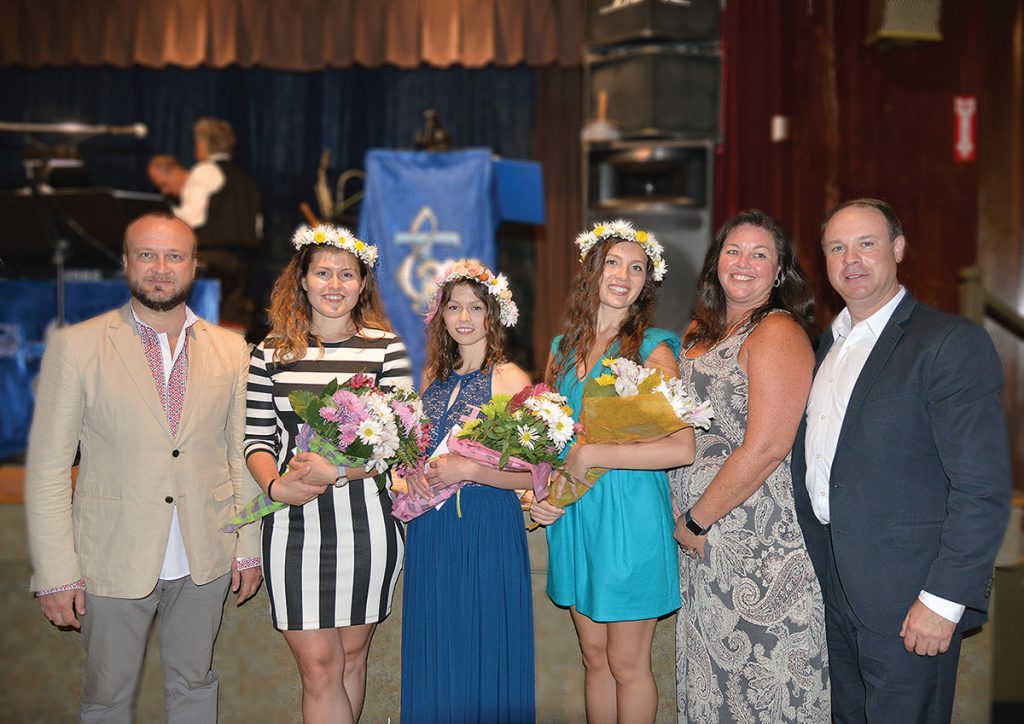 Ukrainian-born Isabella White was crowned as the new Miss Soyuzivka for 2018. The daughter of Sherry and Morgan White of Mainesburg, Pa., she was adopted at the age of 13 from Odesa, Ukraine. Arriving in America, Isabella joined her new family of 10 siblings, five of whom are also adopted from Ukraine.

Miss White would like to be an international translator, translating Ukrainian and sign language. She enjoys reading and music, and is active in her new community by teaching in the Sunday School and tutoring.

The first runner-up is Natalia Muzyka of Kerhonkson, N.Y., daughter of Olha and Alex Muzyka. She attends Mount St. Mary’s College in Newburg, N.Y., where she is studying to be a nurse practitioner. Miss Muzyka is a member of the Syzokryli Ukrainian Dance Ensemble and an instructor at Anne Hebard School of Ballet in Kingston, N.Y.

The second runner-up is Andrea Wasylyk of Cottekill, N.Y., daughter of Marianne Hawryluk. Currently a senior at Rensselaer Polytechnic Institute in Troy, N.Y., Miss Hawryluk is studying to be an optometrist. She is a recipient of the RPI Leadership Scholarship. Miss Hawryluk is a member of The Rusty Pipes, an a capella group from RPI, and the Ukrainian American Youth Association.