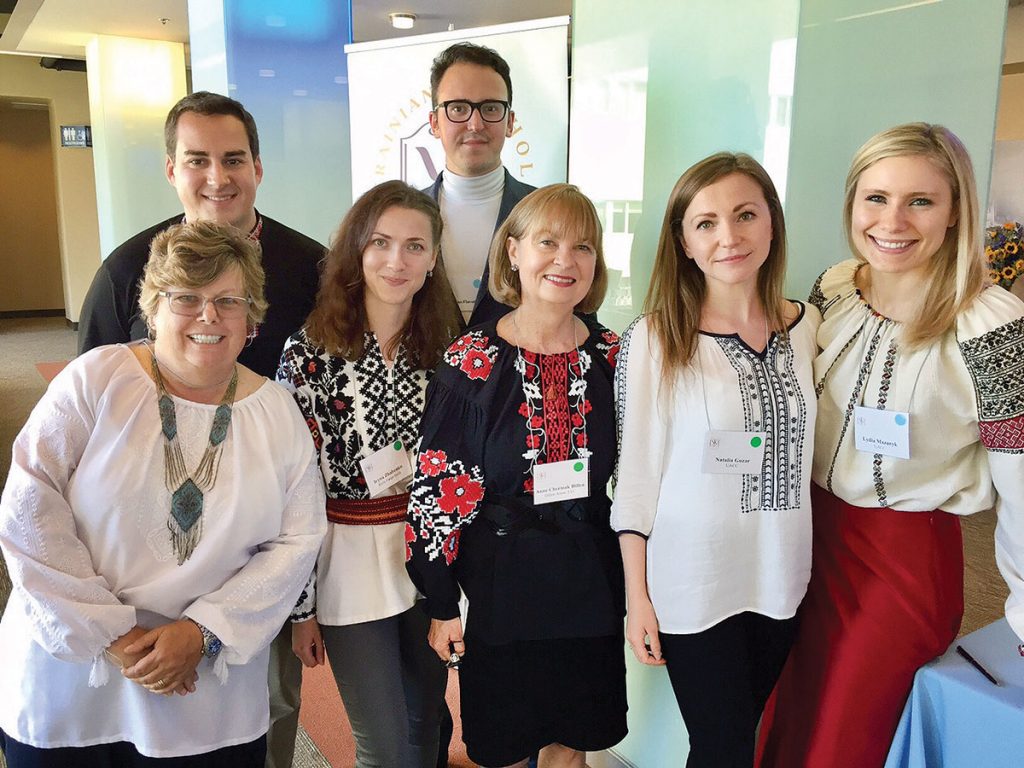 In addition to guests who call the San Francisco Bay Area and Sacramento home, the event drew guests from southern California, the Lake Tahoe area and distinguished visitors from Ukraine. The 90 attendees included representatives of the IT sector, academia, government, finance, non-profits, musicians, medical doctors and diplomats.

Guests were greeted at the cocktail reception by the lyrical strains of the bandura played by Ola Herasymenko Olijnyk. At dinner, soprano Alina Ilchuk touched hearts with her performance of four beautiful Ukrainian songs, accompanied by her husband, Andre Liesnyi, on flute and saxophone.

Special guests from Ukraine included Verkhovna Rada Natonal Deputy Olena Sotnyk, and East Europe Foundation President Victor Liakh, both of whom were at Stanford University participating in the prestigious Draper Fellowship on Democracy and Development Program.

Held at the University of San Francisco, a Jesuit institution of higher learning, the goal of this event was for attendees to get to know each other better in a warm and festive atmosphere, expand the UCEF’s network of support, and to raise funds for UCU. The UCEF collected over $290,000 at the event, including a corporate sponsorship from the technology firm Soft-Serve and a significant gift from a prominent resident of San Francisco.

Chief Development Officer Alexander Kuzma thanked all the donors for their support and, speaking on behalf of the foundation, thanked event chair Anne Chermak Dillen and her team of local volunteers who worked so hard to achieve such an impressive success.

For more information on UCEF or the Ukrainian Catholic University, readers may visit UCEF’s website, www.ucef.org. Donations may be made online, or sent by mail to UCEF, 2247 W. Chicago Avenue, Chicago, IL 60622.

To mark the conclusion of its 2010-2016 comprehensive campaign, “A New Generation for a New Ukraine,” the Ukrainian Catholic University will host a series of events on September 9-14, beginning with the consecration of the university’s new library and resource center named after Metropolitan Andrey Sheptytsky, and including lectures and discussions on a wide range of topics, as well as a pilgrimage to spiritual centers in Halychyna.