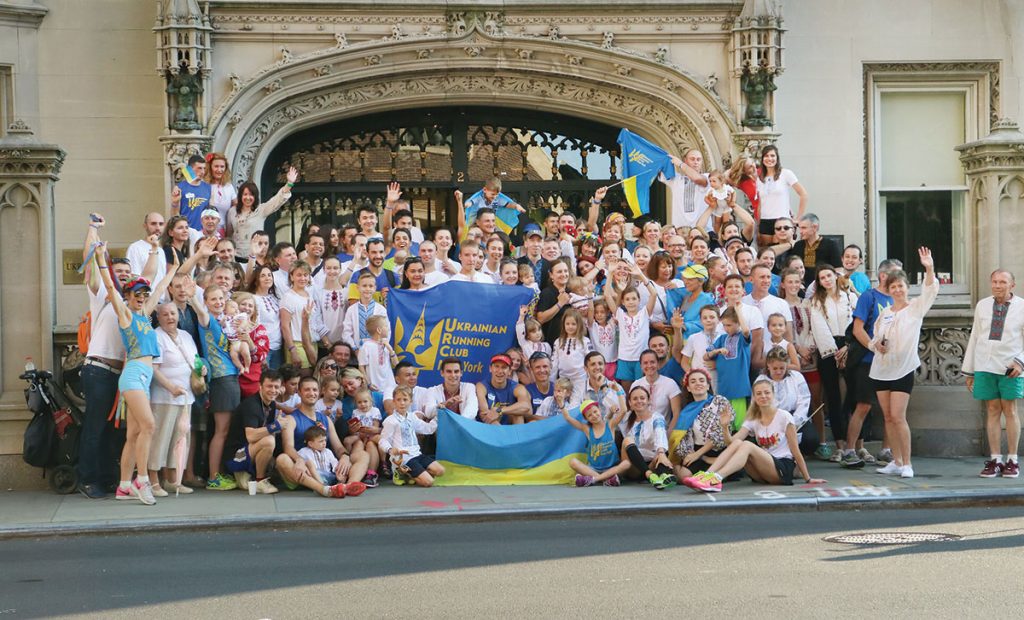 Stefan Slutsky
Participants of the Vyshyvanka Run in front of the Ukrainian Institute of America.

NEW YORK – On August 20, on a pleasant sunny day, more than 130 Ukrainians of greater New York and guests from Ukraine came to the Ukrainian Institute of America to celebrate the Independence Day of their homeland. There were also people from other ethnic groups. The age of participants was quite diverse – from toddlers to seniors.

The organizers offered two courses: a three-plus mile run and a one-mile walk. Both routes were in gorgeous Central Park, so participants could enjoy the colorful views. 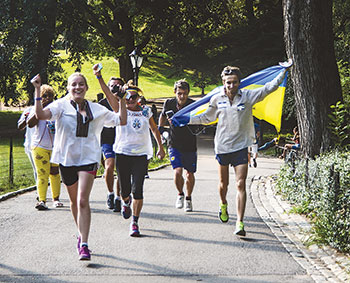 The results of this event weren’t important – they weren’t even recorded. However, what was important was to participate in a traditional Ukrainian embroidered shirt – the more beautiful, colorful and richer the better. For those who came without them, the organizers provided T-shirts decorated with Ukrainian embroidery, ornaments and symbols.

with bracelets with URC logos and colorful detailed maps showing not only the route they had to follow but also information about the historic, cultural and natural points of interests they had to pass by.

There were a great many sincere smiles and positive emotions. This was not surprising given the fact that running, jogging or even walking themselves make people happy, and that feeling is heightened when these activities are combined with meeting other people – mostly young, enthusiastic and energetic.

After the finish, varenyky and sweets from the Veselka restaurant were served.

The event raised $678 to support Serhiy Romanovskyy, an ATO veteran who lost his leg fighting for Ukraine. He is currently training to take part in Ironman-70.3 and hopes to participate in the Paralympics in Tokyo in 2020. 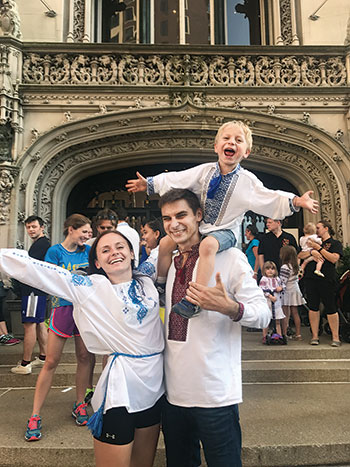 The final and most emotional part of the event was when a hundred beautiful and happy Ukrainians sang the Ukrainian national anthem, and the air filled with a feeling of unity and brotherhood among all Ukrainians.

The idea to run in embroidered shirts to celebrate Ukraine’s independence came from Aleksander Kuzin, an elite marathon runner in Kyiv. Soon after the first Vyshyvanka Run took place in Ukraine’s capital in 2014, the idea became very popular and quickly spread all around the world. The first Vyshyvanka Run held in New York City took place two years ago. Since then, the Vyshyvanka Run has become an annual event of URC NY. Organizers are looking forward to seeing all Ukrainians of New York at next year’s event.

A video from this event may be found on web: https://youtu.be/JUYuPD5gxcE