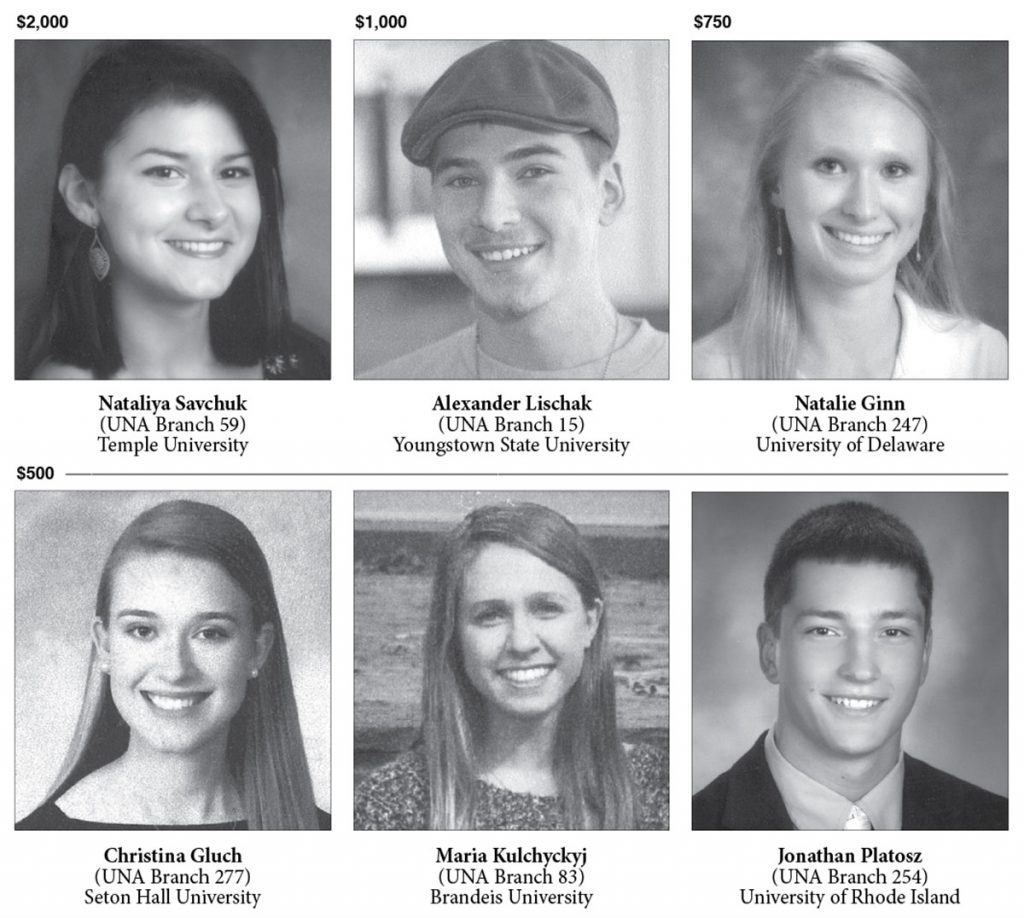 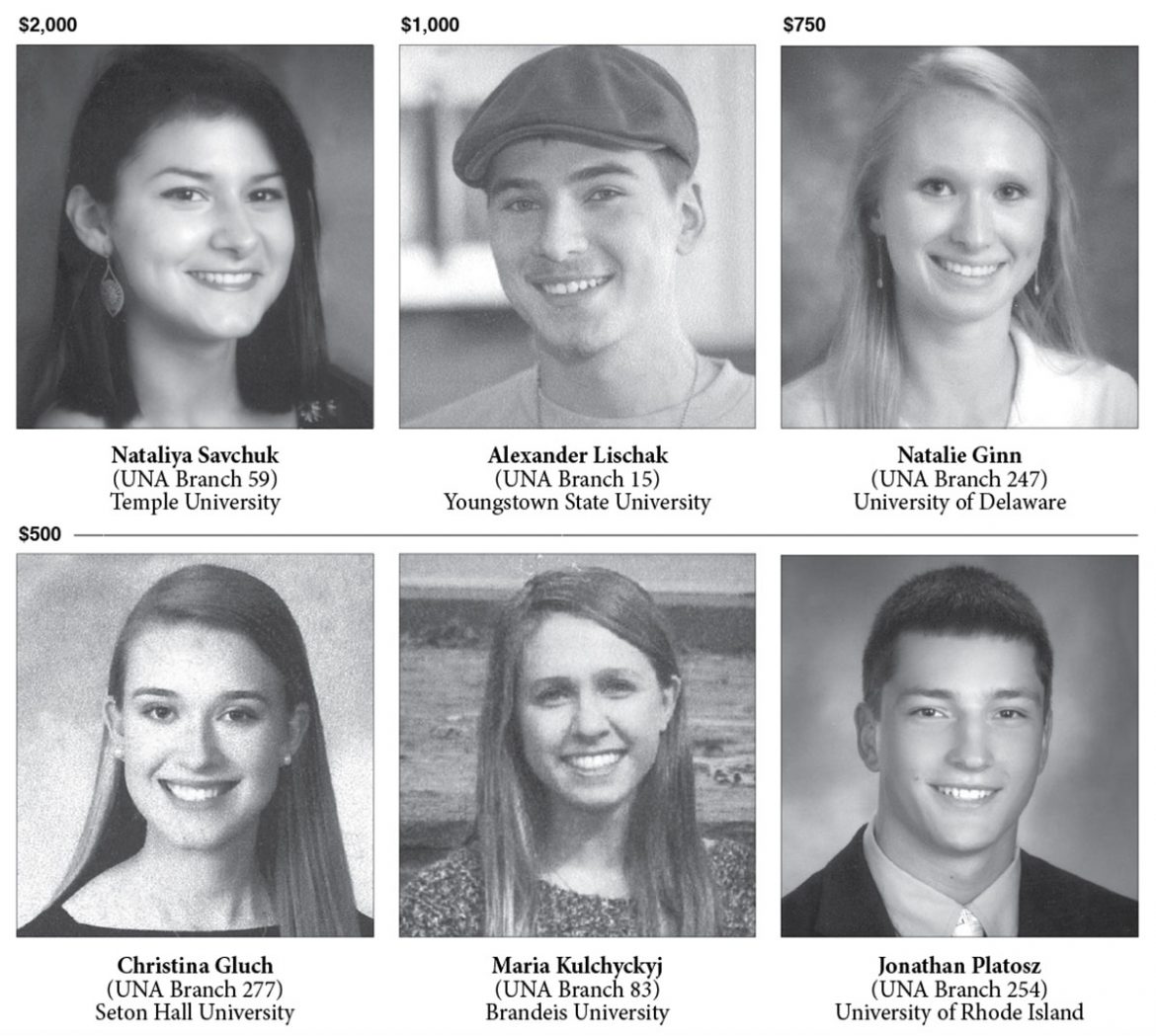 PARSIPPANY, N.J. – The Scholarship Committee of the Ukrainian National Association for this scholastic year named 42 scholarship recipients who are members of the UNA studying at institutions of higher learning in the United States and Canada. This year’s scholarship awards total $11,025, of which $5,250 is for special scholarships. Since these special scholarships grant a higher financial award from the UNA, the candidate’s application is reviewed by the Scholarship Committee based on academic achievement, field of study, financial need, as well as activity in the Ukrainian community.

The highest award – the Joseph and Dora Galaniuk Scholarship in the amount of $2,000 – was awarded to Nataliya Savchuk, a member of UNA Branch 59, who is an honors student pursuing a degree in kinesiology at Temple University.

Nataliya arrived in the United States with her mother when she was an 11-month old child. She has traveled often since her arrival in Stamford, Conn., to Ivano-Frankivsk, Ukraine, where her family is from. This ability to travel maintained the link to her homeland, her native Ukrainian language and culture. Nataliya’s passion since third grade has been ballet, and she dreamed of ballet in her future. But, as she wrote in her letter, life does not unfold as we would like.  She had to cut her training after suffering an injury. But she overcame the fact that she could not achieve her dreams and she was able to transform her disappointment into help for other dancers through physical therapy. Nataliya began yoga and found an interest to pursue studies in biology and anatomy. She is currently studying kinesiology, which focuses on the mechanics of the movements of the body.  She hopes to eventually defend her doctoral thesis in physical therapy. She realizes, at age 19, that life gives many opportunities and it is important to progress toward one’s goals.

The Drs. Maria, Dmytro and Olha Jarosewycz Scholarship, in the amount of $1,000,  was awarded to Alexander Lischak, a member of UNA Branch 15, who is an honors student studying English at Youngstown State University.

Alexander was born in Lviv, and along with his twin brother lived in a children’s home until the age of 18 months, when he was adopted by a loving Ukrainian American family. From his perspective, he feels blessed by God with his good fortune. Since childhood he has been an altar server at St. Anne Ukrainian Catholic Church, performed with Ukrainian dance groups, sang in a youth choir and worked as a counselor at children’s summer camps. This past summer, he traveled for three weeks in Ukraine to teach English to Ukrainian children.

Active in his community and successful in his studies, Alexander doesn’t seem to rest on his laurels. After earning a degree to become a high school English-language teacher, he dreams of joining the Peace Corps and working for two years in Ukraine. He says two countries – the U.S. and Ukraine – will always remain in his heart.

The Joseph Wolk Scholarship, in the amount of $750, was awarded to Natalie Ginn, a member of UNA Branch 247 and an honors student studying neuroscience at the University of Delaware.

Natalie was raised in a Lemko family, where holidays were a time to honor Ukrainian traditions. Since birth, she has had a love for Ukrainian language, embroidery, Ukrainian music and dance, Ukrainian national holidays and cuisine. Natalie is steadfast on course toward her goals and is proud to be Ukrainian.

The Ukrainian National Association congratulates all of the scholarship winners for academic year 2017-2018. The UNA wishes them all success in the future.

The UNA encourages students to continue their active membership by subscribing to our publications, Svoboda and The Ukrainian Weekly and by having your family members sign up for membership. As members of the UNA, you have an opportunity to take advantage of all the fraternal benefits and privileges  that the UNA offers and to take up your role in the preservation of Ukrainian culture and heritage.

More information about the UNA scholarships can  be obtained via the website www.ukrainiannationalassociation.org or via telephone, 800-253-9862 ext. 3011. 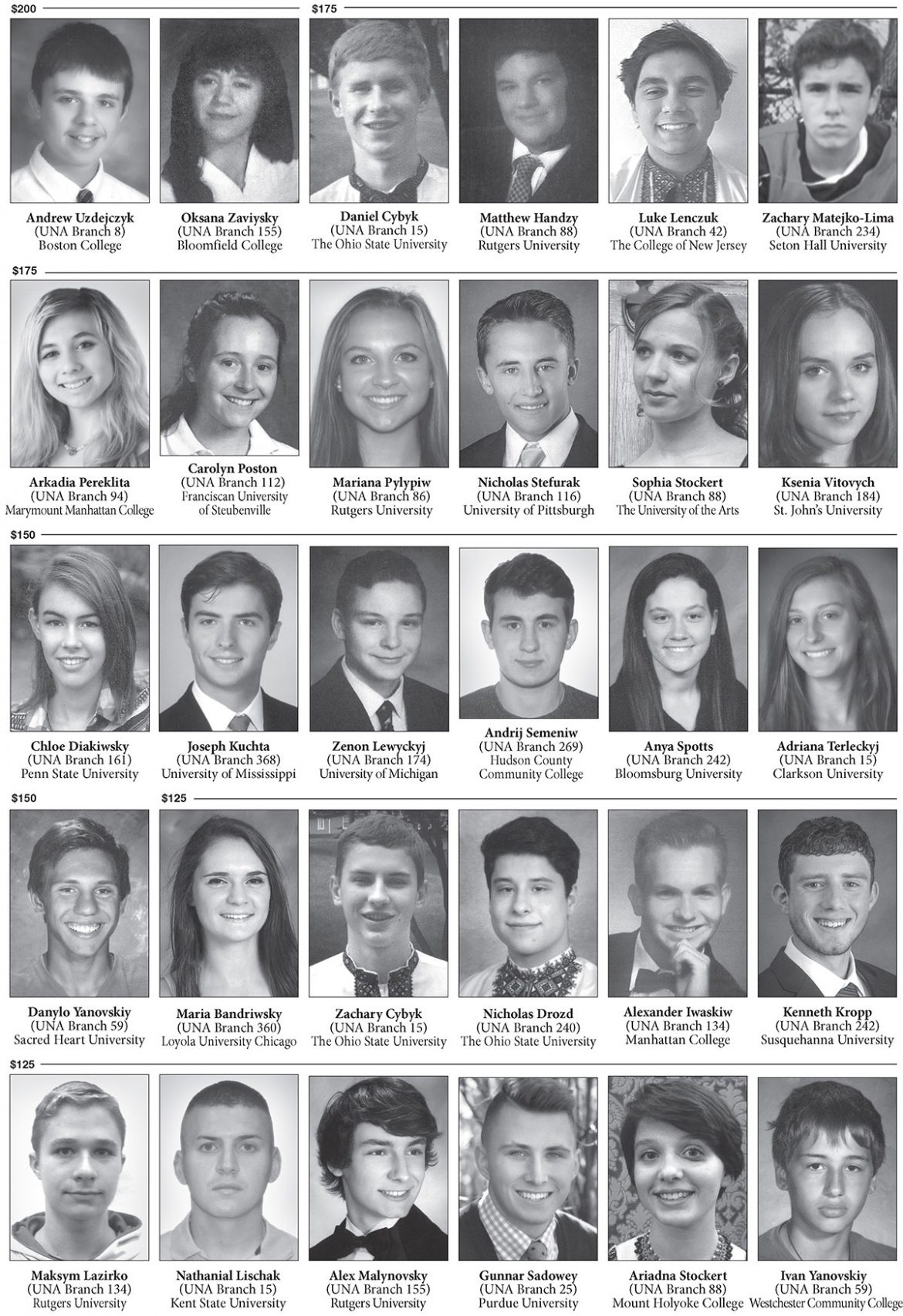