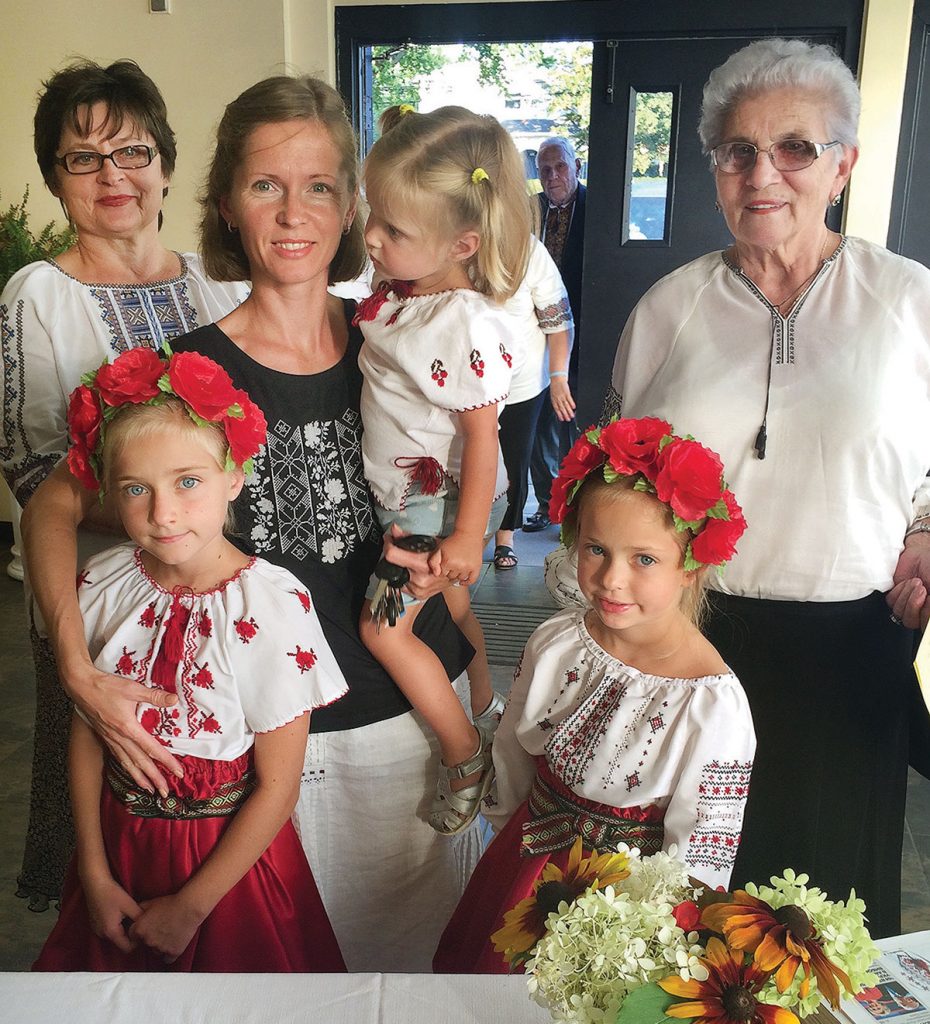 Ulana Baluch Mazurkevich
A family of concert-goers at the entrance to the Ukrainian Educational and Cultural Center’s hall.

JENKINTOWN, Pa. – A standing-room-only crowd gathered on Thursday August 24, at the Ukrainian Educational and Cultural Center in Jenkintown, Pa., a suburb of Philadelphia, to celebrate Ukrainian Independence Day. The evening concert of music and song was a delight for the attendees .

The commemorations were opened by Ivan Yaworsky, followed by Roman Dubenko’s reading of the “Act of Declaration of the Independence of Ukraine.” The opening prayer was intoned by Metropolitan-Archbishop Stefan Soroka.

The strong, patriotic welcoming remarks of Ukraine’s Ambassador to the U.S. Valeriy Chaly were read by Ulana Mazurkevich, and the keynote address was delivered by Borys Potapenko of the International Council in Support of Ukraine.

The celebration of Ukrainian independence featured a musical program with Yuliya Stupen and Halia Bodnar on the bandura, as well as the Soloveiky choir of Our Ukrainian Heritage School. As always, the all-male choir Prometheus, under the baton of Roman Kucharsky and accompanied on piano by Irene Pelech Zwarych, had the audience demanding encore after encore.

The concert ended with the Rev. Taras Naumenko delivering prayers for Ukraine.