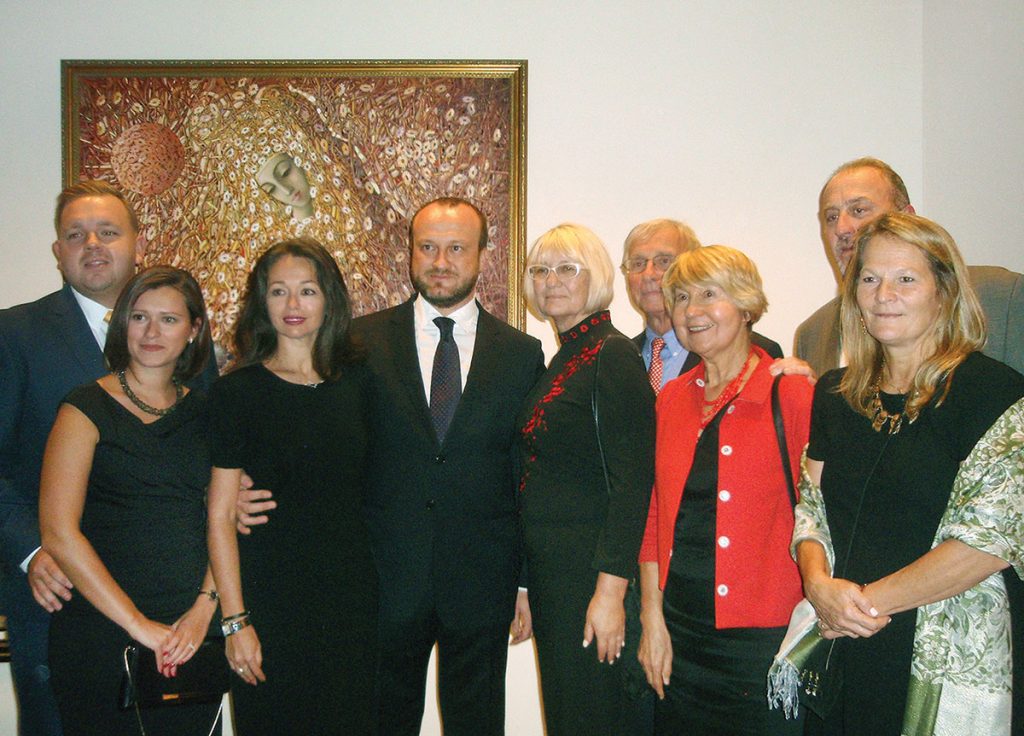 NEW YORK – On Thursday, September 28, at the Consulate General of Ukraine in New York, Ukrainian religious leaders, diplomats and members of the Ukrainian American community of New York, New Jersey and Pennsylvania gathered to bid farewell to Consul General Igor Sybiga and his family.

Mr. Sybiga, who served as consul general in New York since 2012, was previously posted at the Consulate General in 2000-2004.

Standing among friends and family, Mr. Sybiga reflected on Ukraine’s 26 years of independence and how, especially in recent years, Ukraine’s journey has been one of perseverance. That said, he also noted that Ukraine is blessed with an incredible diaspora – especially evident to him in the United States – that is so active politically, culturally, financially and in other respects.

Referring to President Petro Poroshenko’s recent signing into law of a series of nationwide education reforms that will ensure Ukrainian-language education across the country, Mr. Sybiga remarked how much he enjoyed his numerous visits to the Soyuzivka Heritage Center in Kerhonkson, N.Y., where he had witnessed the preservation of Ukraine’s culture and language by generations of immigrants.

Stefan Kaczaraj, president of the Ukrainian National Association, thanked Mr. Sybiga for his many years of service and assistance to the Ukrainian American community, and presented him with a plaque of appreciation from the UNA.

Roma Lisovich, treasurer of the Ukrainian National Foundation, and Nestor Paslawsky, general manager of Soyuzivka, then presented the Sybiga family with an honorary “key to Soyuzivka,” following their many summers there, including Heritage Camp attended by the Sybiga children.

Additional words of gratitude were offered by Roman Hirniak, former mayor of Randolph Township, N.J., and Svitlana Khmurkovska Fay, director of the School of Ukrainian Studies in Yonkers, N.Y., who also represented the Educational Council of the Ukrainian Congress Committee of America.

Before the evening’s participants proceeded to enjoy food and conversation, a blessing was intoned by Metropolitan Antony of the Ukrainian Orthodox Church of the U.S.A.