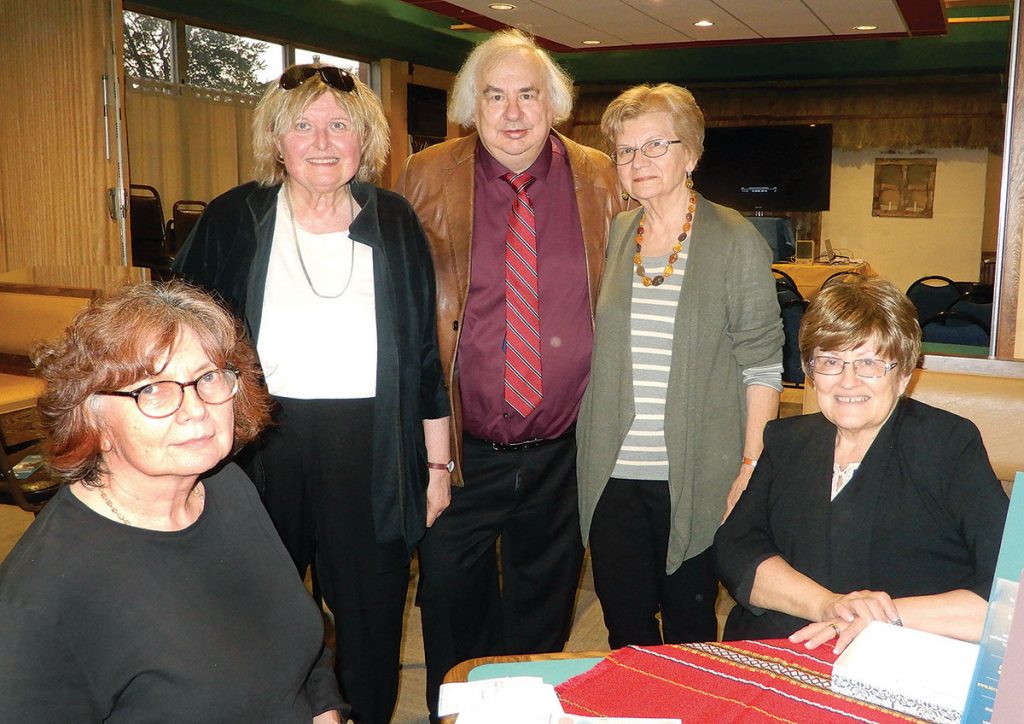 HARTFORD, Conn. – On Saturday, October 14, Hartford-area residents had an opportunity to view “Recovery Room,”  a dramatic, award-winning documentary about today’s war-ravaged Ukrainian soldiers and the efforts of dedicated medical specialists from Ukraine and Canada who are helping them heal.

The film opens with a taut back history of the Maidan Revolution of Dignity, then turns its focus to the experiences of several individual soldiers. We meet them  – hear their stories, view flashbacks of the actual battles, hear their dreams of recovery – all interspersed with footage of actual surgical procedures, and learn how the medical personnel gained knowledge and respect from their intense interaction with their trans-Atlantic partners, and how each was uniquely moved by his or her experience with those brave young men.

The desperate reality of treating the injured can seem hopeless. What is special about “Recovery Room” is that it presents a unique, close-up perspective of how committed and courageous individuals can really make a difference.  Evoking outrage at the injustice of Russia’s ongoing criminal assault on eastern Ukraine and gratitude for the goodness of so many – in turns heartbreaking, bittersweet, and inspiring – this film defies indifference.  It is well-paced with a beautiful score and riveting war footage.

All in all, it is a powerful and very polished first full-length documentary by rising Ukrainian Canadian film-maker Adriana Luhovy.

In their introduction, producers Zorianna Hrycenko and Yurij Luhovy shared both humorous and sobering anecdotes on the reality of bringing such a film to the light of day.  Viewers lingered after the screening to ask questions and discuss the film.  Some in the audience commented that, in addition to its intended goal of raising awareness about the war among the general English-speaking public, the documentary shows particular potential for inspiring medical students and winning support for further government and private assistance.  A top question:  When will a DVD be available?

“Recovery Room” is currently being shown in various American cities.   For further information, readers may contact: mmlinc@hotmail.com or see www.recoveryroomthemovie.com.