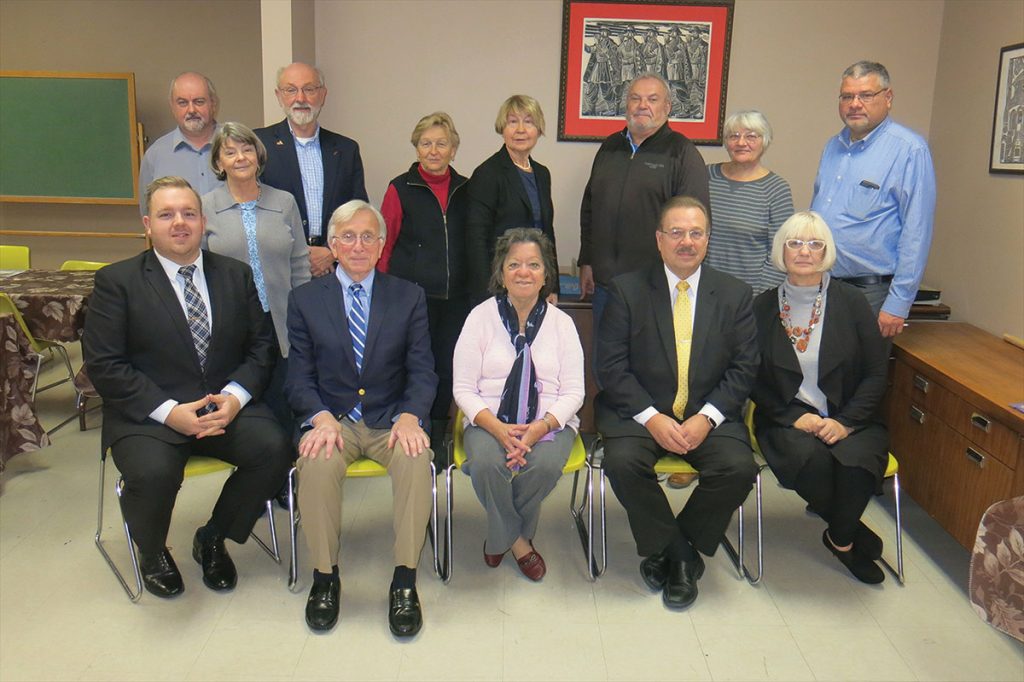 PARSIPPANY, N.J. – The New Jersey District Committee of the Ukrainian National Association held its fall organizing meeting here at the UNA Home Office on Monday, November 13, with representatives of UNA Branches 25, 37, 42, 76, 171, 269, 277 and 287 and in attendance.

The UNA Executive Committee was represented by UNA First Vice-President Michael Koziupa and National Secretary Yuriy Symczyk. UNA President Stefan Kaczaraj stopped by the meeting to greet participants, and Treasurer Roma Lisovich briefly addressed them to share the good news that the UNA’s surplus had grown to over $10 million. That growth, she said, was mostly due to insurance operations.

Mr. Koziupa was elected to chair the meeting, while George Stanko was tasked with recording the minutes.

A popular UNA-sponsored presentation this year was the “World of Garlic” by Roman Osadca, who spoke on March 5 about the health benefits of this root vegetable at St. Nicholas Ukrainian Catholic Parish in Passaic.

Mr. Symczyk spoke about the UNA Home Office’s current efforts to recruit new agents. He commended the New Jersey District Committee’s outreach to local schools of Ukrainian studies in order to promote the UNA. He also pointed to the importance of continuing to hold annual or semiannual fraternal events in the UNA’s districts.

During a discussion that followed the reports, branch representatives exchanged ideas on how to improve organizing efforts and bolster fraternal activities in New Jersey. Among the suggestions were these: to sponsor a new fraternal activity during the next year, possibly a presentation related to genealogy; to analyze the activities of branches that form the district; and to follow up with Ukrainian school directors regarding promotions of the UNA.