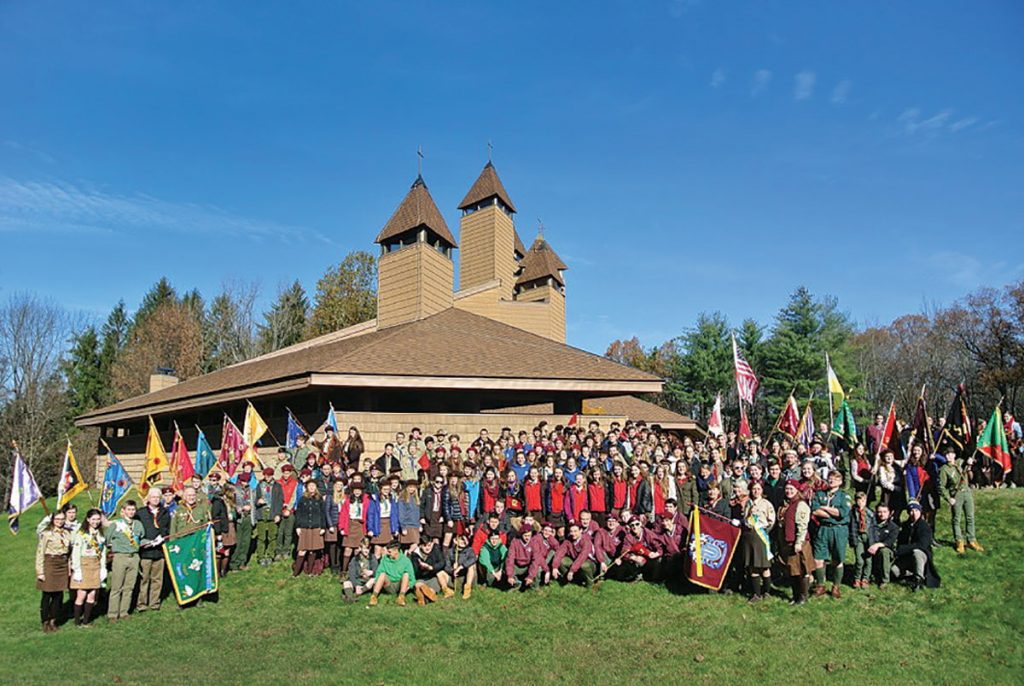 KERHONKSON, N.Y. – “Women’s Voices” was the theme of the 55th annual Plast Orlykiada sponsored and organized by the Orlykivtsi, the Plast fraternity, with help from the Verkhovynky. This year’s competition was headed by Lida Rezie, the organizer of the event; Tanya Kosc was the event’s commandant.

Participants from as far away as Toronto and Detroit gathered at the Soyuzivka Heritage Center on November 11-12 to demonstrate their knowledge of the topic in a competition among Plast groups.

Each year, Plast scouts from across the United States and Canada come to participate in the challenge. This year, 145 Plast scouts from 11 branches divided into 16 teams participated in the competition. A large packet of materials was available to each group at the beginning of the school year, in order to help them prepare for the event.

The competition is divided into several parts: an academic bowl, theatrical performances and the presentation of exhibits.

The second part of Orlykiada requires each group to perform a skit; this performance is a way for the group to demonstrate its ability and knowledge related to the theme in a creative and often humorous way. This year’s was no exception as the groups tried to outdo each other.

The third and final portion of Orlykiada is an exhibit of projects that each group creates and assembles prior to the competition.

A separate competition, the selection of a “hetmanych” and “hetmanivna” – an honor bestowed on outstanding male and female scouts – takes place early Saturday evening and Sunday afternoon. Each competing group can elect to send one individual to participate in this challenge. Participants get together in a room in front of a group of judges where they are asked to discuss their ideas on various topics about Orlykiada, Plast and Ukraine. On Sunday morning, they answer questions in front of their peers and judges, as their groups cheer them on.

Orlykiada participants attended liturgy on Sunday morning at Holy Trinity Ukrainian Catholic Church, where the pastor, the Rev. Dr. Ivan Kaszczak, who is also Plast’s chaplain, performed the service. After the liturgy, participants witnessed the blessing of two new flags for the Orlykivtsi fraternity.

More information on the winners of each category of the Orlykiada competition can be found on the website www.orlykiada.org.

Natalia Voronka Bilash is the director of press and publications on the Plast National Board of Directors in the U.S.A.