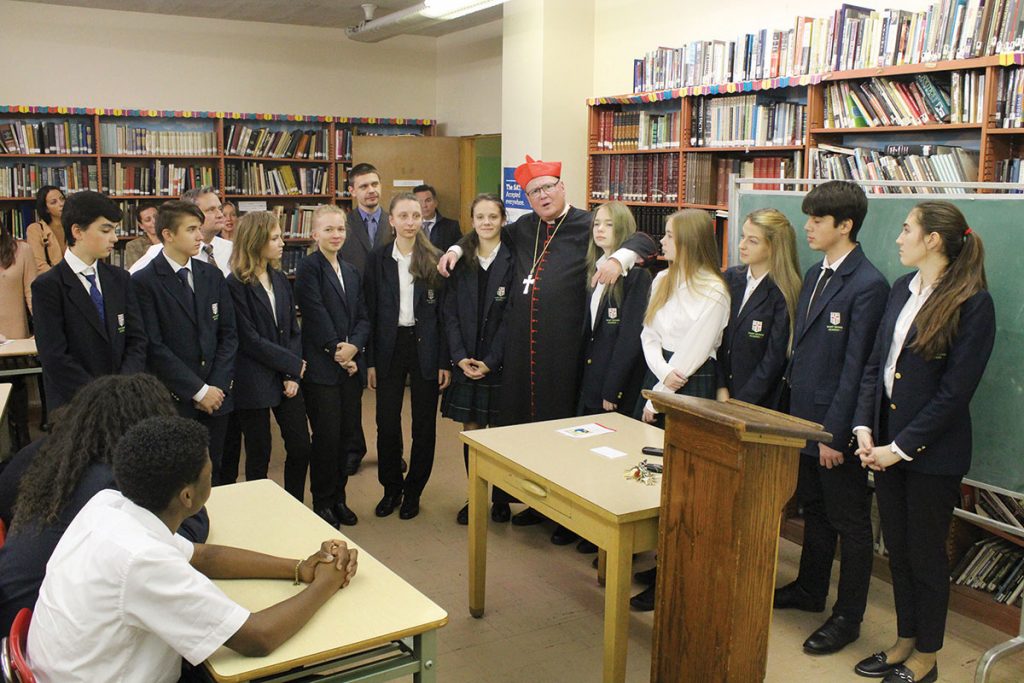 The cardinal was in the school to celebrate a mass organized by LaSalle Academy in honor of All Saints Day. The administration of LaSalle graciously invited SGA to attend the service.

Following the service, while SGA principal Andrew Stasiw was addressing the student body in the library, the cardinal surprised everyone with an unexpected visit.

Cardinal Dolan spoke with the students and faculty about his knowledge of the Ukrainian Catholic Church and his respect for those Ukrainians who, during Soviet times, had to pray in secret to avoid arrest and punishment by Soviet authorities. The cardinal fondly remembered his own two visits to Ukraine, as well as his dear friendship with Major Archbishop Sviatoslav Shevchuk, patriarch of the Ukrainian Catholic Church.

After he spoke about Ukraine, the cardinal invited all of the Ukrainian students present to come and join him for a photograph, during which time he made everyone smile as he recalled his love for Ukrainian food, particularly varennyky.