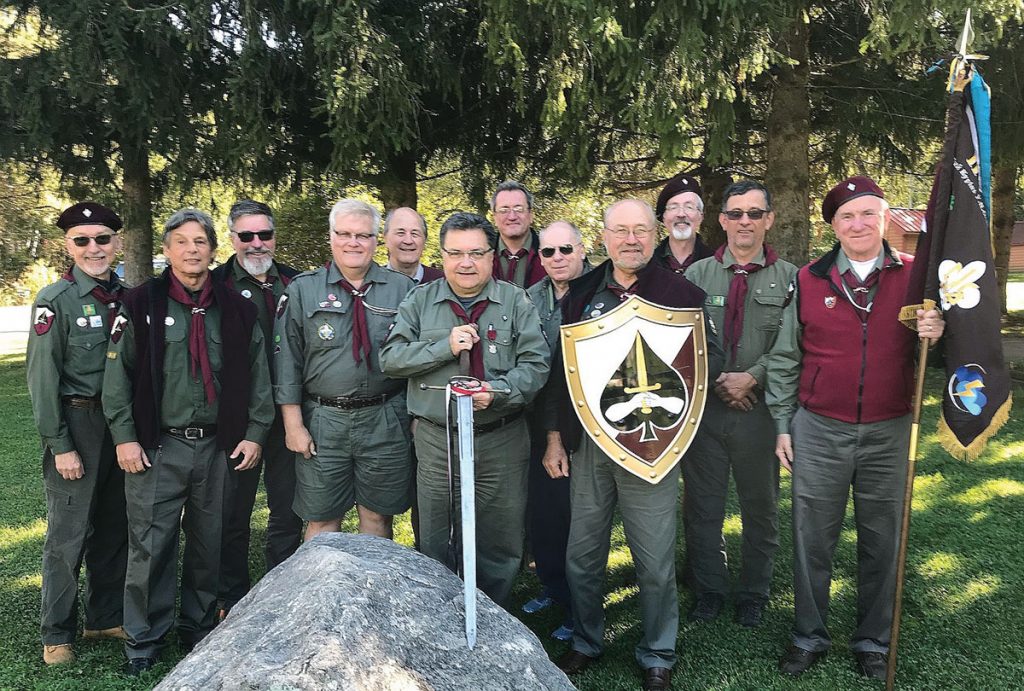 The weekend gathering began on Friday with pre-rada activities of canoeing down the Wisconsin River and golfing at a nearby country club. The weather was perfect as nature put on a show with a multitude of bald eagles nesting along the river and flying overhead.

On Friday evening, while dining on venison burgers on the “veranda,” prepared by the fraternity’s anointed master chef Andy “Shnitz” Wyshnytzky, Pobratymy shared updates on family and professional life of the past year and rekindled friendships cemented over the course of many years. Late Saturday afternoon, after the official business of rada ended, many headed to Devil’s Head State Park for a hike in one of Wisconsin’s wonders of nature.

During this year’s meeting, numerous local and world Plast issues were discussed, last year’s work was reviewed, and plans were set for the coming year. In addition to such serious business, Saturday evening culminated with a campfire and celebration of Pobratymy traditions and songs reminiscent of Plast camping experiences coast to coast, as well as internationally.

The Rada also included the annual meeting of the Pobratymy Foundation Inc., a not-for-profit 501 (c) (3) charitable foundation, set up to support Plast and scouting activities. A planning committee was created to start work on the 20th anniversary Plast-Chicago Golf Outing. Since its inception in 1992, the foundation has donated approximately $145,000 to support scouting activities worldwide.

Members of Pobratymy are active in Plast and Ukrainian community organizations in Chicago, Toronto, Philadelphia, Cleveland, Denver and New Jersey. For over 50 years, the Pobratymy have assisted in preparing Ukrainian youths for life. Readers are invited to check the Facebook page “Pobratymy-Побратими” and visit the webpage www.pobratymy.org.