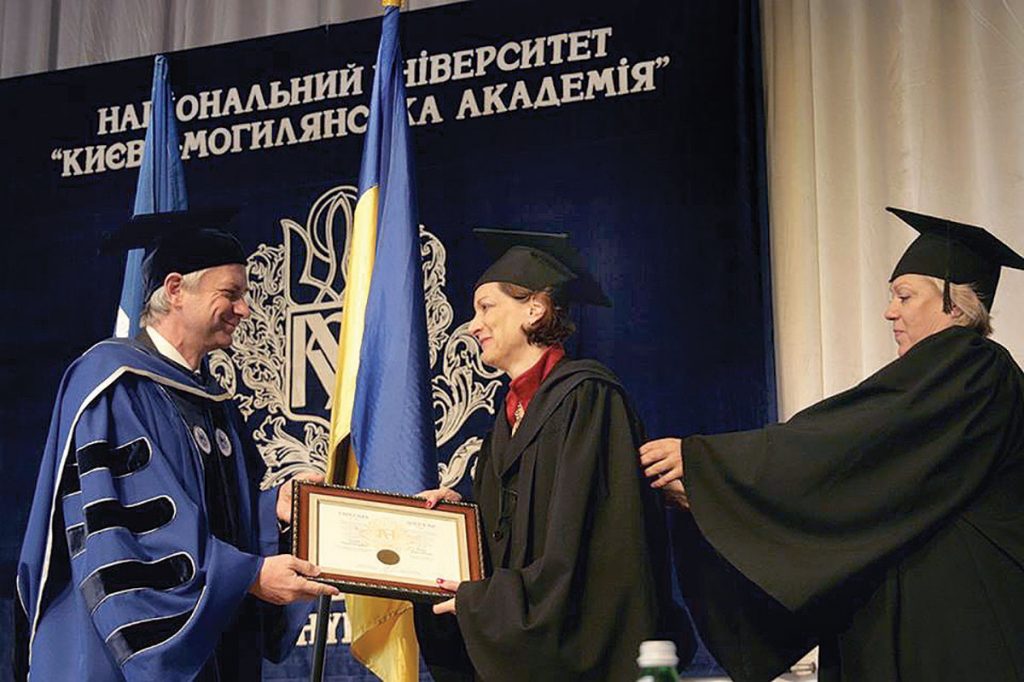 KYIV – Anne Applebaum, journalist, historian and Pulitzer Prize-winning author, received an honorary doctorate at the National University of Kyiv-Mohyla Academy (known by the acronym NaUKMA) during a ceremony on December 16, 2017, in a packed university auditorium filled by over 750 students.

Many of the students asked excellent questions after Ms. Applebaum’s lecture based on her book, “Red Famine: Stalin’s War on Ukraine” about the genocidal Holodomor of 1932-1933.

Ms. Applebaum’s visit to Ukraine included a NaUKMA fund-raising event at the Kyiv Art Arsenal, a press conference, a book presentation, and meetings with media and civil society reformers, as well as members of the executive and legislative branches of the Ukrainian government. The author also had an extensive private meeting with Ukraine’s President Petro Poroshenko.