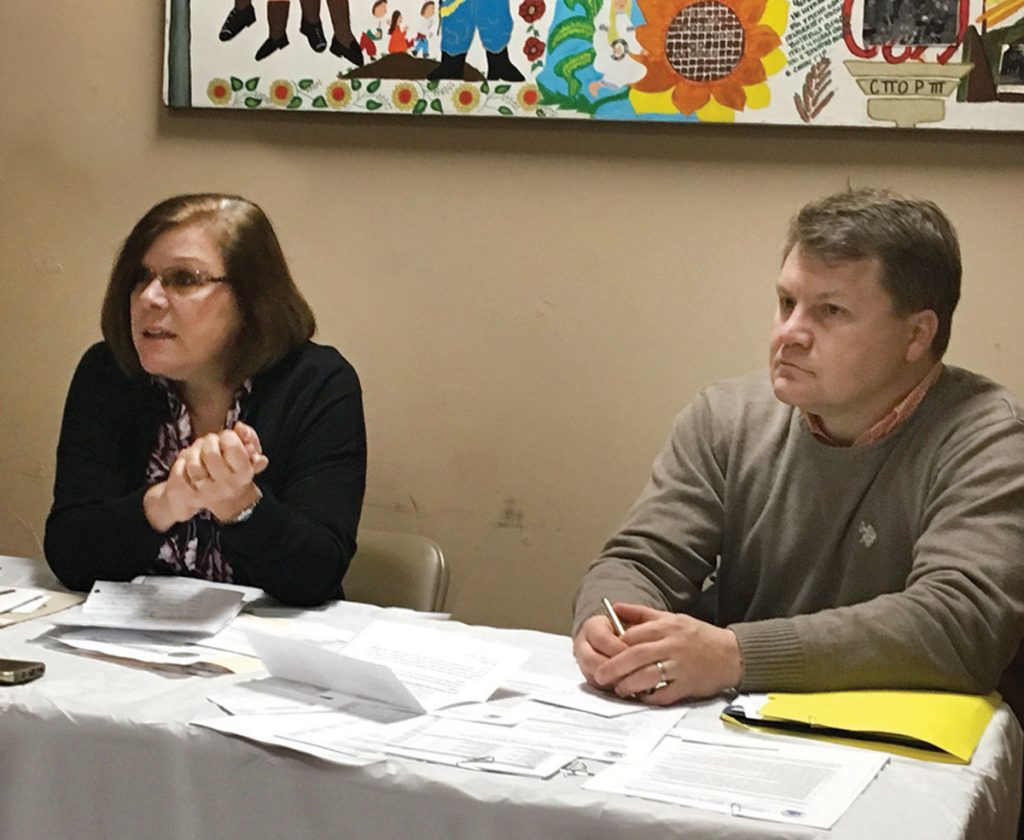 CLIFTON, N.J. – On January 29, the Yurij Kowalczyk Memorial Fund was formally ratified by the National Board of the Organization for the Defense of Lemkivshchyna (OOL). The fund was made possible by a generous combined donation of $30,000 from Mr. Kowalczyk’s daughters, Irene Kowalczyk Hryhorowych and Marta Kowalczyk Reuter.

Yurij (George) Kowalczyk, born in Krakow, Poland, passed away on Thursday, August 31, 2017, at his residence in Falls Church, Va. He was 91 years old. He is survived by daughter Marta Reuter and two grandchildren, Nicholas and Melanie Reuter, of Falls Church, as well as by daughter Irene Hryhorowych and three grandchildren, Tatiana, Alexander and Natalia Hryhorowych of New York City. He was predeceased by his wife, Mina Canziani Kowalczykc in December 2013, by his son Andrew Thomas Kowalczyk in January 2012 and by his brother Tymoteusz Kowalczyk of Krakow, in 2001.

Mr. Kowalczyk was very active in the Organization for the Defense of Lemkivshchyna and held various positions, including national director for welfare projects, collecting tens of thousands of dollars for charitable projects and earning legendary status for his efforts. He focused his energies on returning ownership of Ukrainian churches that were confiscated in Lemkivshchyna by the Polish authorities 40 years earlier. He also spearheaded many projects through OOL to rebuild village churches destroyed during Akcja Wisła, such as in the village Hladyshiv (Gładyszów). His crowning achievement through OOL was the return of St. Norbert’s Cathedral to the Ukrainian Catholic community in Krakow.

Saying a few words at OOL’s board meeting, Ms. Hryhorowych stated the family’s intention to memorialize her father’s work and to enable its continuation. She asked that the money be used to create a restricted-use fund for “charitable donations to Lemkos in Poland or Ukraine, who are working to preserve and promote Lemko culture through activities such as church restoration, cemetery restoration, educational program, cultural ensembles and performances.”

Each of the board members in attendance also shared their personal histories and fond memories of Mr. Kowalczyk.

OOL President Mark Howansky thanked Ms. Hryhorowych for her family’s generous donation and promised that the fund would be put to good use, saying: “The Yurij Kowalczyk Memorial fund will enable OOL to expand its charitable work and serve as a fitting legacy to him.”

The Yurij Kowalczyk Memorial is also open to further donations, which can be arranged by contacting the OOL National Board president, Mr. Howansky at president@lemko-ool.com or 917-678-4168. For more information about OOL, readers may visit www.lemko-ool.com.