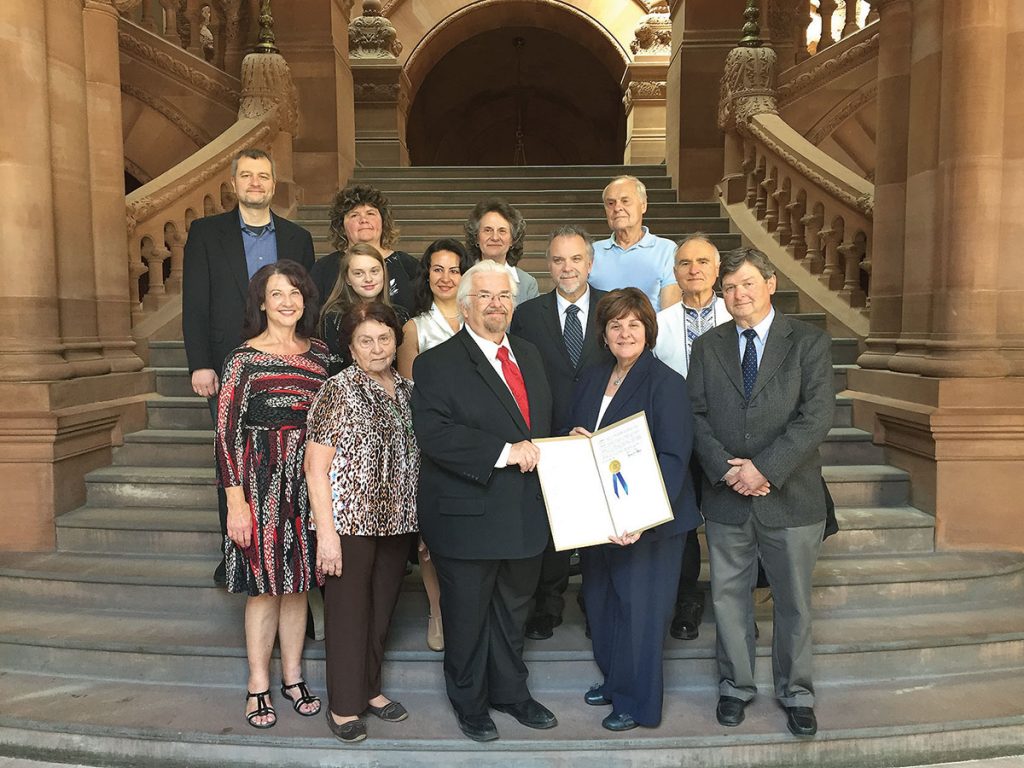 Ukrainian Weekly Editor | The Ukrainian Weekly | Subscription
At the New York State Capitol, State Sen. Kathleen A. Marchione and Dr. Andrij Baran hold the resolution marking the 85th anniversary of the Holodomor, which was passed in the State Senate on May 1. Witnessing the historic event are members of the Capital District’s Ukrainian American community.

ALBANY, N.Y. – The New York State Senate on May 1 passed a legislative resolution commemorating the 85th anniversary of the Ukrainian Famine-Genocide.

Sponsored by Kathleen A. Marchione (43rd Senate District) and co-sponsored by James Tedisco (49th Senate District), Resolution J4882 notes: “The Ukrainian Famine-Genocide of 1932-1933, known as Holodomor, was a man-made famine that caused the deaths of at least 5 million innocent men, women and children in Ukraine, resulting in the annihilation of an estimated 25 percent of the rural population of that country, at the time one of the most productive agricultural areas of the Soviet Union.” The resolution adds that the Holodomor “also resulted in the deaths of an estimated 1 million to 2 million people in regions outside Ukraine, mostly in the largely ethnically Ukrainian North Caucasus territory.”