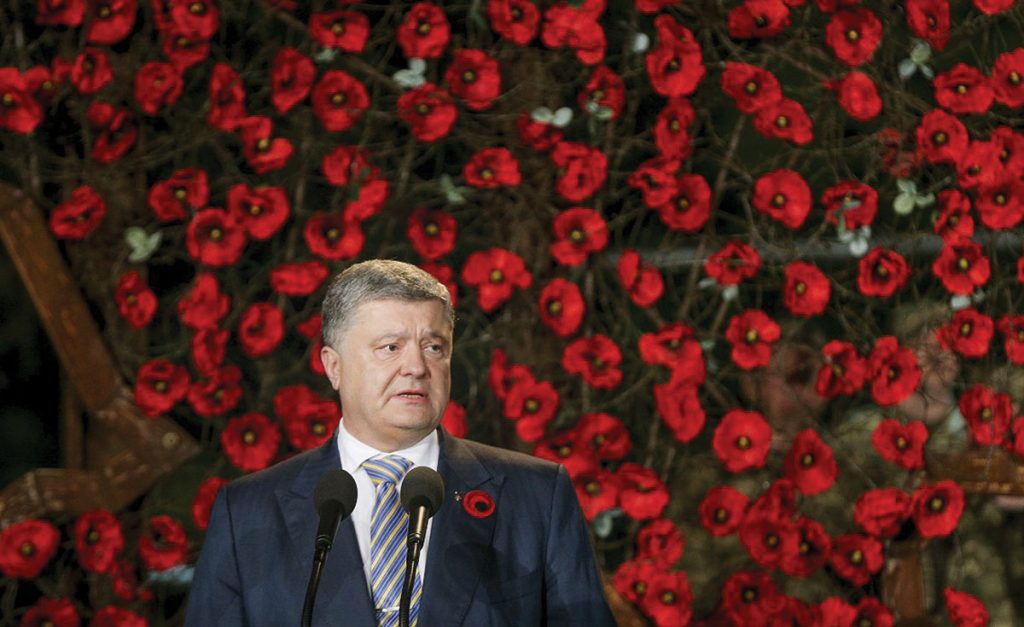 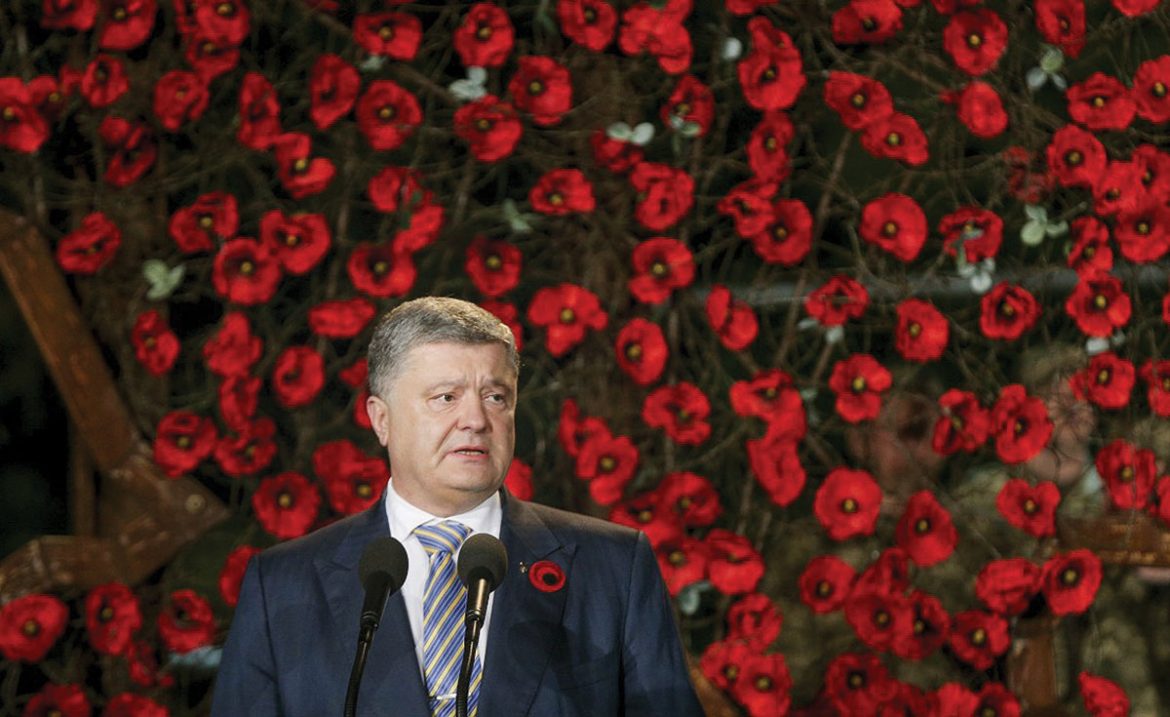 KYIV – President Petro Poroshenko addresses dignitaries, politicians and war veterans at Kyiv’s Glory Park in front of a depiction of the country’s map filled with poppy flowers on May 8 to commemorate Nazi Germany’s capitulation in World War II, which is known in Ukraine as Memorial and Reconciliation Day. Ukraine paid the biggest price for victory in the second world war, according to the Foreign Affairs Ministry, having incurred the biggest number of casualties as compared to other countries; its losses accounted for 40 percent of the Soviet Union’s 26.6 million victims. Ukraine also celebrates Victory Day on May 9, which is when Germany surrendered to the USSR in Moscow, a day after surrendering to the Allied forces in Europe.