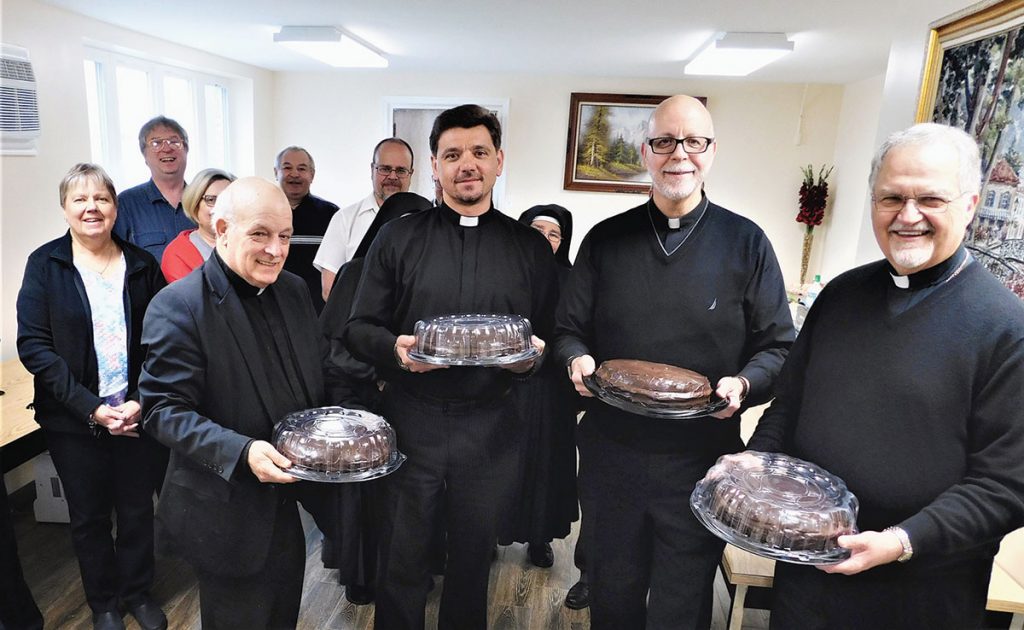 On Monday morning, February 5, following Philadelphia’s 41-33 triumph in the Super Bowl in Minneapolis, Bishop Paul was contacted at his chancery office. He had this to say with a smile: “I feel rather like Job of the Old Testament sitting in ashes and sackcloth. But I will muster as much good sportsmanship as I can, swallow my pride, fill my car with Boston cream pies and make the trek down to the chancery office in Philadelphia to make good on my bet! I just hope I manage to get a piece of pie!”