WHIPPANY, N.J. – As has become its tradition, Iskra Ukrainian Dance Academy, which is based at the Ukrainian American Cultural Center of New Jersey (UACCNJ), presented “An Evening of Ukrainian Music and Dance” in honor of all mothers. The show on Saturday, May 13, was held at the UACCNJ and featured all five performing groups of Iskra Academy, comprising 75 students age 6 to 18. Artistic Director Andrij Cybyk prepared his students for the program encompassing dances from regions in central and western Ukraine. The dance numbers were interspersed with music selections performed by current and former Iskra students. Seen above are all the performers of the May 12 concert. On the right, Mr. Cybyk bids farewell to graduating high school seniors (from left) Deanna Hanchuk, Victoria Ivanyshyn and Alexa Kolakoski. 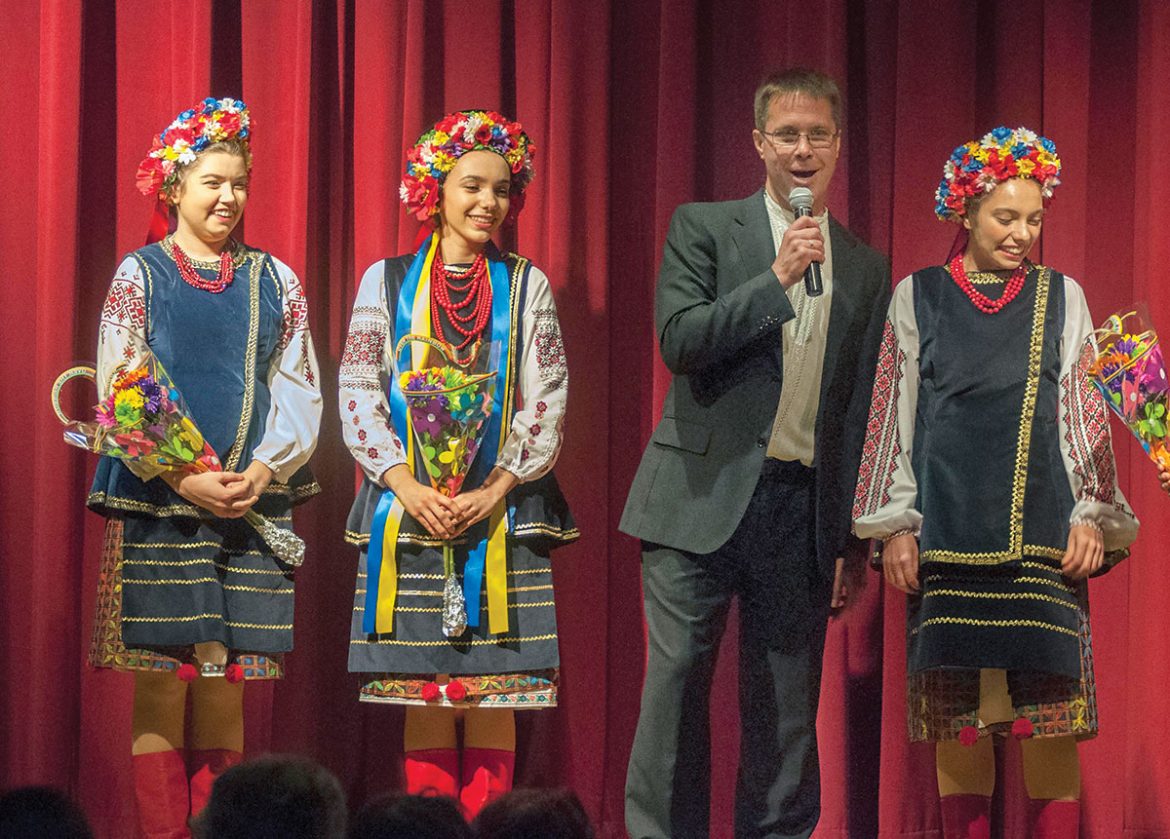