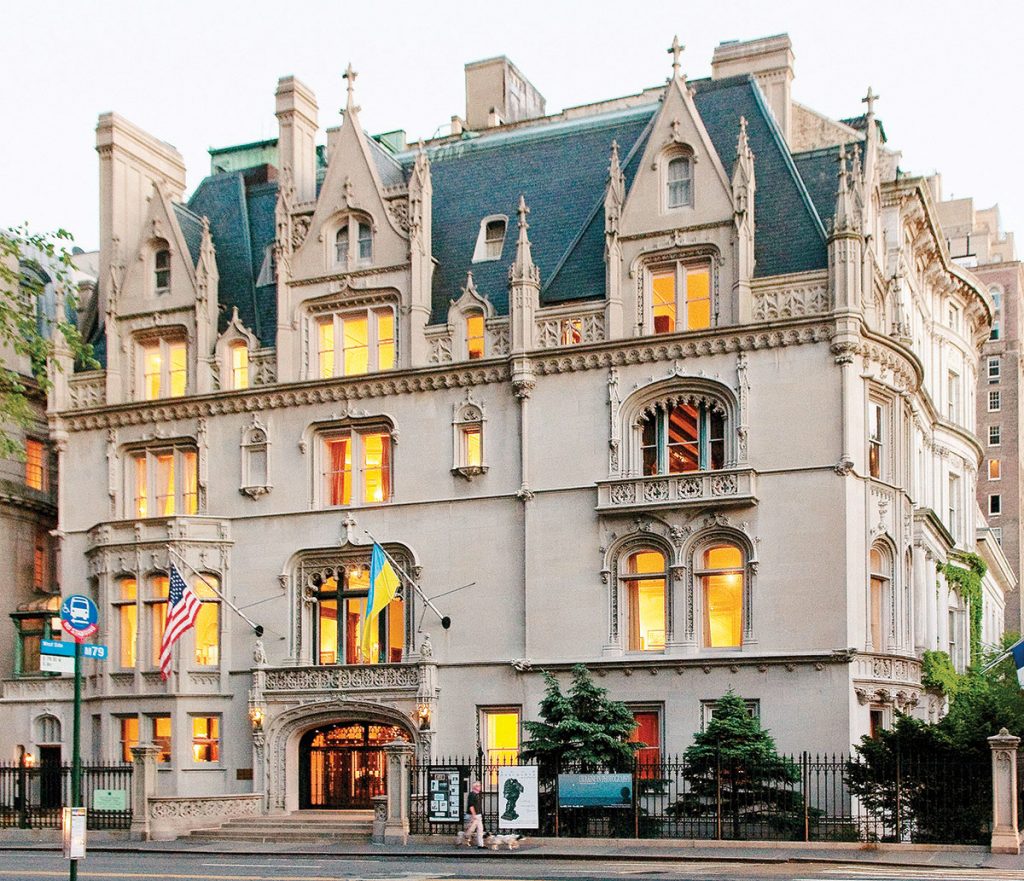 NEW YORK – On April 28, at a sold-out gala at the National Historic Landmark home of the Ukrainian Institute of America on New York City’s 79th Street and Fifth Avenue, members and friends of the institute toasted a big milestone in the cultural organization’s existence – its 70th anniversary – and its contributions to building the general public’s awareness of Ukraine’s remarkable history, its rich culture, and its challenges in the face of invasion and war by a long-time oppressor.

The institute (UIA) was founded in 1948 in West Islip on Long Island by a group of dedicated Ukrainian Americans led by Ukraine-born William (Volodymyr) Dzus, who had immigrated to the United States as an 18-year-old and became an inventor and philanthropist. Their vision was to provide a gathering place for Ukrainians and to familiarize Americans with Ukrainian culture. Seven years later, the UIA moved to its current, prestigious location.

Over the years, the institute’s activities have grown exponentially: In 2017 alone, the UIA saw 39 events, ranging from concerts, art exhibits, film, and conferences on Ukraine’s history, to book presentations, programs for children and young professionals, and much more. An interactive “Windows on Ukraine” permanent exhibit, recently introduced, is popular with visitors. To reach out to the general public, the UIA also participates annually with Open House New York, which has drawn thousands of visitors to the institute. It also organized a “Ukraine booth” at the 92nd Street Y Street Festival, making even more Americans aware of Ukraine and the institute.

“Through the difficult years of political repression in Ukraine, and during the recent, open years of Ukraine’s independence, the UIA consistently has served as a venue for Ukrainian artists, musicians, actors, writers, poets, scholars,” noted UIA President Daniel Swistel in the institute’s Annual Report. The institute also opens its space for hosting notable guests from Ukraine and its representatives. In 2016, in cooperation with the Ukrainian Congress Committee of America, the institute hosted Ukraine’s President Petro Poroshenko and First Lady Maryna Poroshenko for a meeting with the community.

Mr. Swistel also paid tribute to past UIA presidents, under whose leadership and commitment to the UIA’s mission, the institute was able to continue Dzus’s legacy. Speakers also lauded the institute’s stewardship of its home, an architectural landmark, noting that taking good care of the mansion, which dates to 1897, is both an honor and responsibility for the Ukrainian community, and paves the way for future generations to enjoy and take pride in what is described as one of the “jewels” of the Ukrainian diaspora. In the last several years, the institute has spent over $1.5 million on upgrades, restoration and repairs – all thanks to the generosity of donors.

All proceeds from the event will benefit the Ukrainian Institute of America Endowment Fund.