Philadelphia to commemorate independence of Ukraine 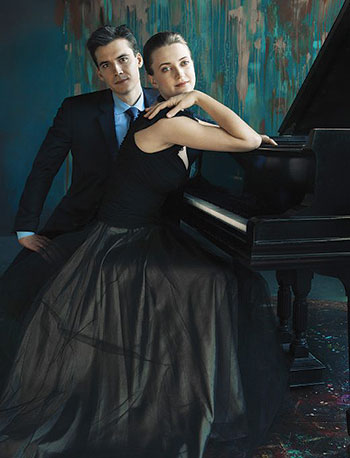 Lisa Mazzucco
The piano due of Anna and Dmitri Shelest.

PHILADELPHIA – The Ukrainian community of Greater Philadelphia will commemorate the 27th anniversary of Ukrainian independence with a gala concert on Friday, August 24, at 7 p.m. at the Ukrainian Educational and Cultural Center located at 700 Cedar Road in Jenkintown, PA 19046.

The Independence Day concert will feature the brilliant piano duo of Anna and Dmitri Shelest. The Ukrainian-born husband-and-wife team, hailed by The New York Times, has gained a reputation for performances that are brilliantly inventive. The duo has performed at Carnegie Hall and at the Kennedy Center in Washington.

At the Ukrainian Independence Day concert, the Shelest duo will perform Mykola Lysenko’s Overture to the opera “Taras Bulba,” as arranged for piano for four hands by Levko Revutsky.

Also taking part in the concert will be the all-male choir Prometheus; the Soloveyky children’s choir of the Heritage School; the bandura duo of Halia Bodnar and Yulia Stupen; the male singers Kozatsky Shabli and others. Admission for adults is $10.